Bangladesh wants to move 100,000 refugees to Bhashan Char, a silt island that critics say is prone to flooding and in the path of cyclones that frequently wreak havoc in the region.

Bangladesh transported more than 1,600 Rohingya refugees to a low-lying island on Friday in the first phase of a controversial planned relocation of 100,000 people.

Almost a million Rohingya - most of whom fled a military offensive in neighbouring Myanmar three years ago - live in squalid camps in southeastern Bangladesh. Any return to Myanmar appears unlikely for now. The Bangladeshi capital of Dhaka wants to move 100,000 of the refugees to Bhashan Char, a silt island that critics say is prone to flooding and in the path of cyclones that frequently wreak havoc in the region.

Rights groups have alleged that many of those sent in the first wave on Friday were coerced into going with threats or sweeteners. 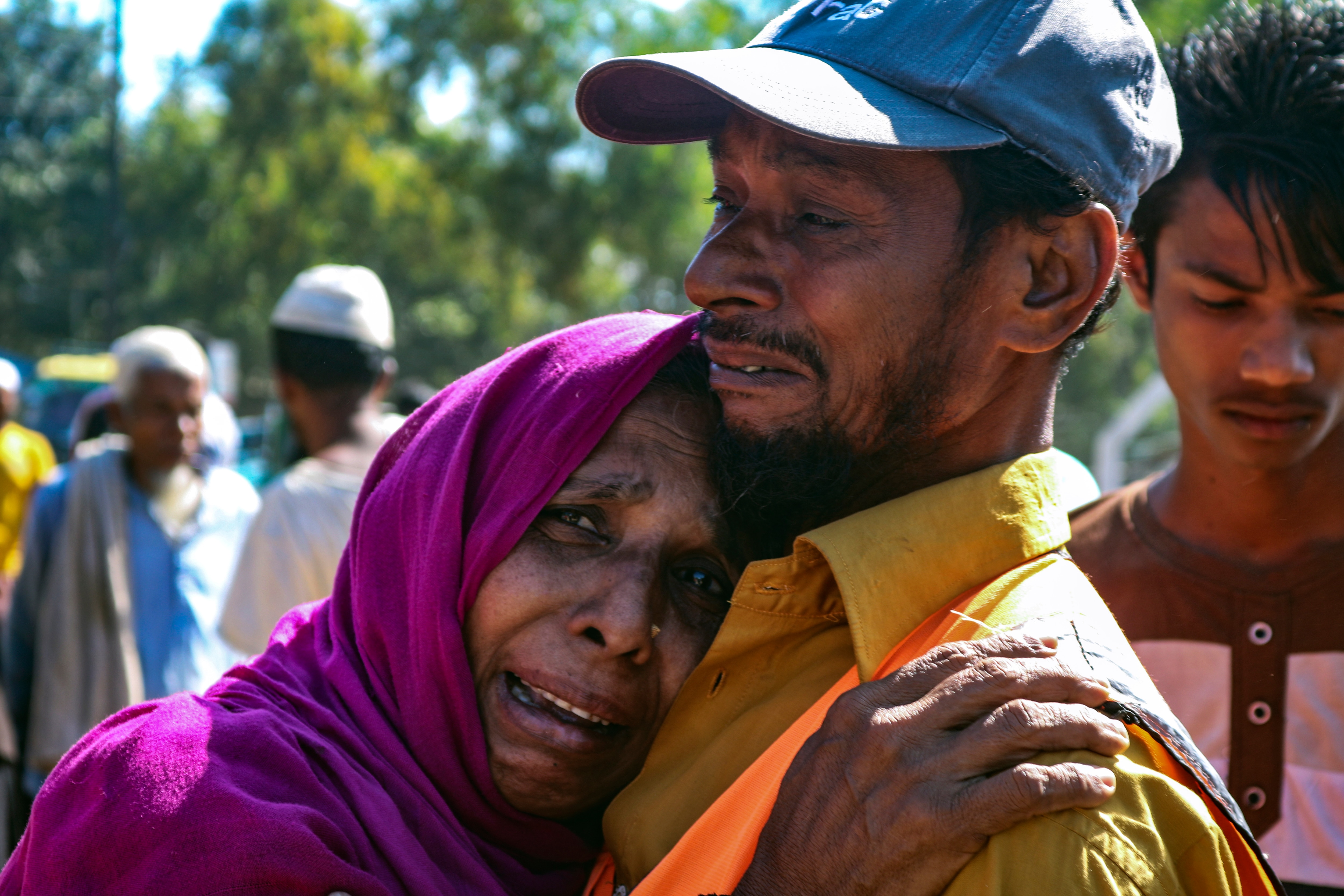 A Rohingya refugee who is among those being moved to Bhasan Char cries outside a transit area where they were temporarily housed in Bangladesh on 3 December.
AAP

This was borne out by some family members that AFP spoke to at camps in the Cox's Bazar district on Thursday as they said tearful goodbyes to their relatives.

"They beat my son mercilessly and even smashed his teeth so that he agreed to go to the island," said Sufia Khatun, 60, who came to see off her son and five other relatives.

At the United Nations, spokesman Stephane Dujarric said there had been "some reports from the camps that some refugees may be feeling pressured into relocating" or had changed their minds about going. 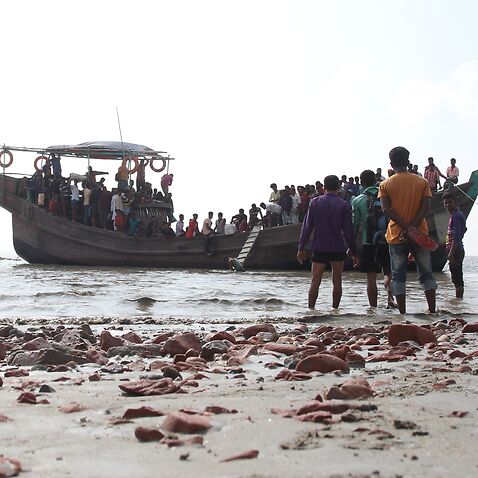 "If so, they should be allowed to remain in the camps in Cox's Bazar," he said.

But Bangladesh's Foreign Minister AK Abdul Momen called the claims "a damn lie", and said the facilities on the island were "much better" than in the camps.

Bangladesh has spent some $400 million from its own coffers building shelters and a nine-foot (three-metre) flood embankment around the facilities.

The government said the facilities are "strongly built with concrete foundation which can withstand natural disasters such as cyclones and tidal waves."

The island "has all modern amenities, year-round fresh water, (a) beautiful lake and proper infrastructure and enhanced facilities," the foreign ministry said Friday. Rohingya refugees are transported on a naval vessel to Bhashan Char from Chittagong, Bangladesh, on 4 December.
AAP

Bangladeshi authorities say the relocation will ease congestion in the vast network of camps where deadly landslides - as well as violence by drug gangs and extremists - are common.

But it is unclear whether the refugees will be able to leave if they wish to. The United Nations office in Bangladesh said it had been prevented from independently assessing the "safety, feasibility and sustainability" of the island as a place to live.

The UN spokesman in New York echoed that claim, saying: "We have not been involved." Rohingya refugees wait to be transported on a naval vessel to Bhashan Char from Chittagong, Bangladesh, on 4 December.
AAP

"Any movement of refugees needs to be done voluntarily and in safety and dignity," Mr Dujarric said.

Mohammad Jubaer, 28, who was on one of the ships with three family members on the three-hour sea journey from Chittagong to the island on Friday, said he was happy to go.

"I hope there will be enough work for me in the island. I wish they would also bring my brother and his family to the island," he told AFP by phone.