Ashleigh Barty is preparing to play in her first ever grand slam semi-final at the French Open, and a win will take her a step closer to creating history.

Ashleigh Barty is two wins away from creating history.

If she wins the women's singles French Open title on Saturday, the world No.8 will become the first Indigenous Australian to do so since Evonne Goolagong Cawley in 1971.

Goolagong Cawley, who is one of Barty's biggest fans, has already said she believes the young Queenslander has the skills and mindset to win her first slam this year.

"It's such a pleasure to watch Ash play. She's got so many skills, has improved out of sight," the seven-time grand slam winner said in April this year. "She's getting there, I think she's quite capable of winning a grand slam and has proved it already.

"She's got so much more confidence now than I've ever seen and seems to be really enjoying it out there ... the world's her oyster."

Barty played some scintillating tennis in the opening rounds of the French Open this past fortnight and followed up with a 6-3 7-5 win over Maddison Keys in the quarter-final - to win her way through to her first ever semi-final appearance at a grand slam. 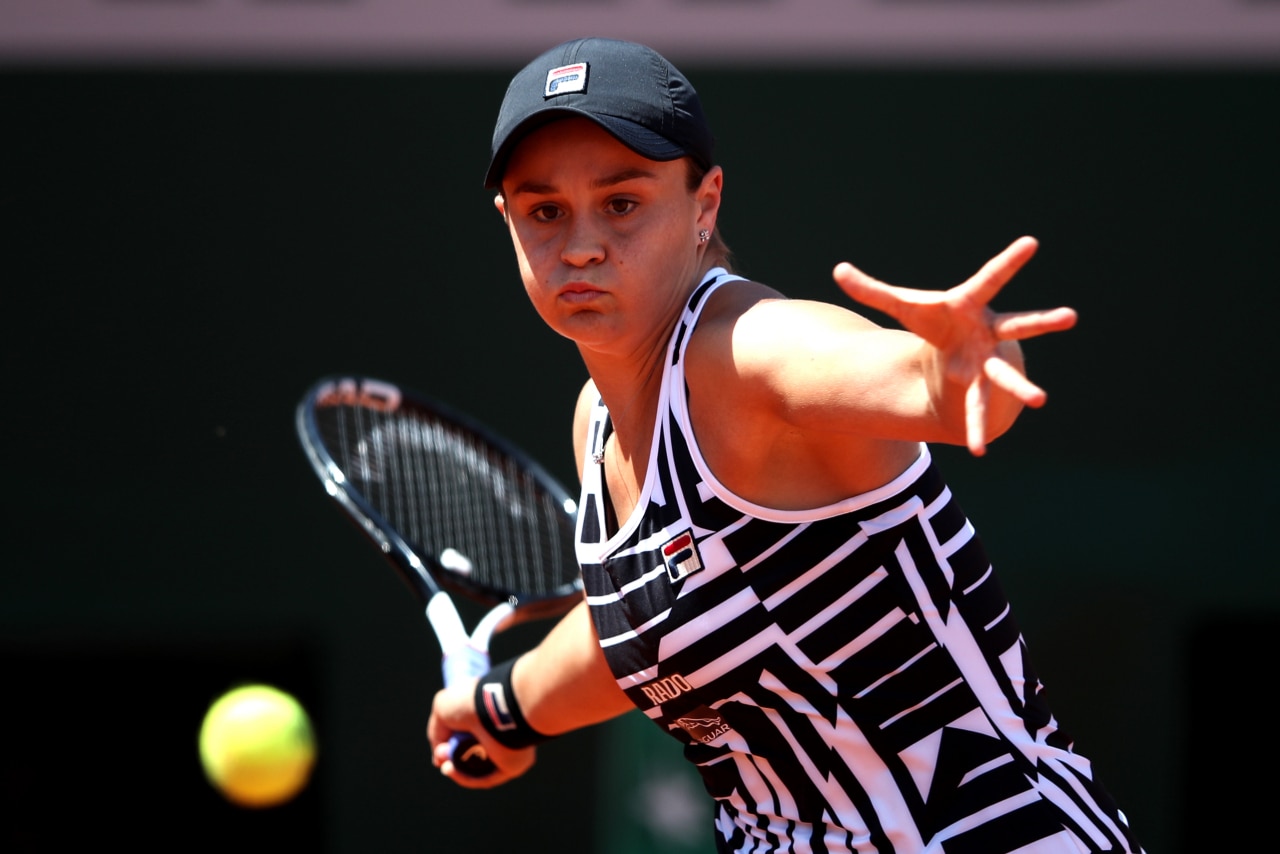 Barty is the highest-ranked player remaining in the women's draw at Roland Garros after her semi-final opponent Amanda Anisimova stunned defending champion Simona Halep in straight sets to book her spot in the last four.

Victory for Barty will move her to No.3 in the world rankings and she'll rise to second if she lifts the Coupe Suzanne Lenglen on Saturday.

She would also become the first Aussie to score a grand slam title since Samantha Stosur's US Open triumph in 2012.

Barty and Anisimova have never faced each other before and the Queenslander admits she doesn't know a great deal about the 17-year-old from New Jersey.

"I didn't see it today, but the way she must have played must have been incredible," Barty said.

"I haven't seen much of her in general and I haven't played against her.

"So it's a clean slate for both of us and an exciting opportunity for all four of us that are in the semis.

"I know we are all very excited. It's just an amazing situation to be in."

The 23-year-old said Anisimova deserved huge respect after knocking out Halep, who has reached the decider in Paris on three occasions. With 26th-seeded Sydney-born Brit Johanna Konta the only player left in the draw with a top-30 ranking, Barty will never have a better chance to break her grand slam duck.

But she believes rankings mean little when so much is at stake at a grand slam.

"All four of us have been playing great tennis," she said.

"It's a new situation for me. I don't think you know quite what to expect tomorrow, but I will prepare and do the best that I can to keep it normal.

"But, ultimately, I'll try and prepare and do everything exactly the same and try and play my best tennis."

Barty's match and Konta's clash with unseeded Czech Marketa Vondrousova both begin at 11am local time on Friday (7pm AEST).

Rain is forecast in Paris on Friday morning, which could see the semi-finals potentially moved to Saturday if no play is possible.

The final would then be switched to Sunday before the men's decider.