Behrouz Boochani was on a temporary 30-day visa in New Zealand for a speaking engagement.

Refugee and writer Behrouz Boochani has overstayed his visa in New Zealand, according to at least one official and the man's lawyer, in a move that could fuel diplomatic tensions with Australia.

Mr Boochani travelled from Papua New Guinea in November on a temporary one-month visa to speak about his book at a literary festival.

He previously spent six years against his will in Australian offshore detention on PNG’s Manus Island. Behrouz Boochani has overstayed his visa in New Zealand.
AAP

Ben Lomai, a lawyer in PNG who has been acting for Mr Boochani and hundreds of other refugees, told The Associated Press this week that Mr Boochani had not returned to PNG.

He said Mr Boochani would be put back in detention if he did return.

"The opportunity for his future would be very bleak," Mr Lomai said. 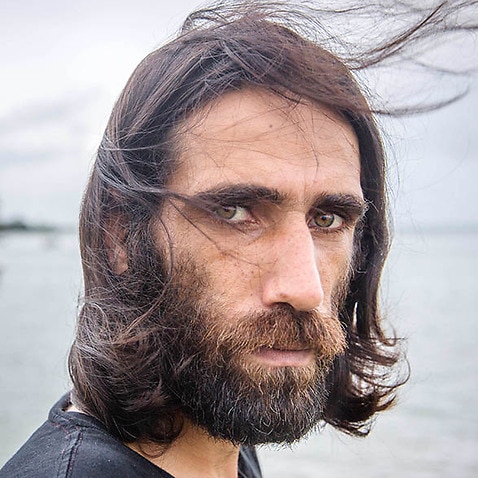 A New Zealand government official, who was not authorised to speak publicly about the situation but was in a position to know, told the AP Mr Boochani had remained in Christchurch after his visa expired.

Mr Boochani has kept a low profile since his 29 November speaking engagement at the Word Christchurch festival and has not publicly stated his plans. Many people assume he will seek asylum in New Zealand. Australian Home Affairs Minister Peter Dutton has vowed that Mr Boochani will never be allowed to enter Australia, even if New Zealand ends up granting him asylum.

That would create an unusual situation, because typically New Zealanders and Australians are free to live and work in both countries under a mutual agreement.

I just arrived in New Zealand. So exciting to get freedom after more than six years. I have been invited by Word Festival in Christchurch and will participate in an event here. Thank you to all the friends who made this happen.

A statement from Prime Minister Jacinda Ardern's office to the AP appeared to add further confirmation that Mr Boochani remains in New Zealand.

The statement said the prime minister doesn't believe that Mr Boochani remaining in the country will cause any problems for New Zealand's close relationship with Australia. Her office referred further questions to immigration officials. Mr Boochani could not be immediately reached for this story.

An ethnic Kurd and journalist, the 36-year-old Mr Boochani fled from Iran, eventually making his way by boat to Australia's Christmas Island.

On Manus, Mr Boochani helped shine a light on the plight of hundreds of asylum seekers by writing about his experiences on a smuggled phone and posting to social media.

He documented unsanitary conditions, hunger strikes and violence, as well as deaths caused by medical neglect and suicide.

Called "No Friend But the Mountains," the book this year won a prestigious Australian award, the Victorian Prize for Literature.