Thousands of people have filled the streets of the German capital for Berlin's annual pride parade, in celebration of 50 years since the Stonewall uprising that launched the LGBT rights movement.

Parade revellers began with a slight delay around noon on Berlin's Kurfuerstendamm, the city's central shopping avenue, and set out east towards the Brandenburg Gate. 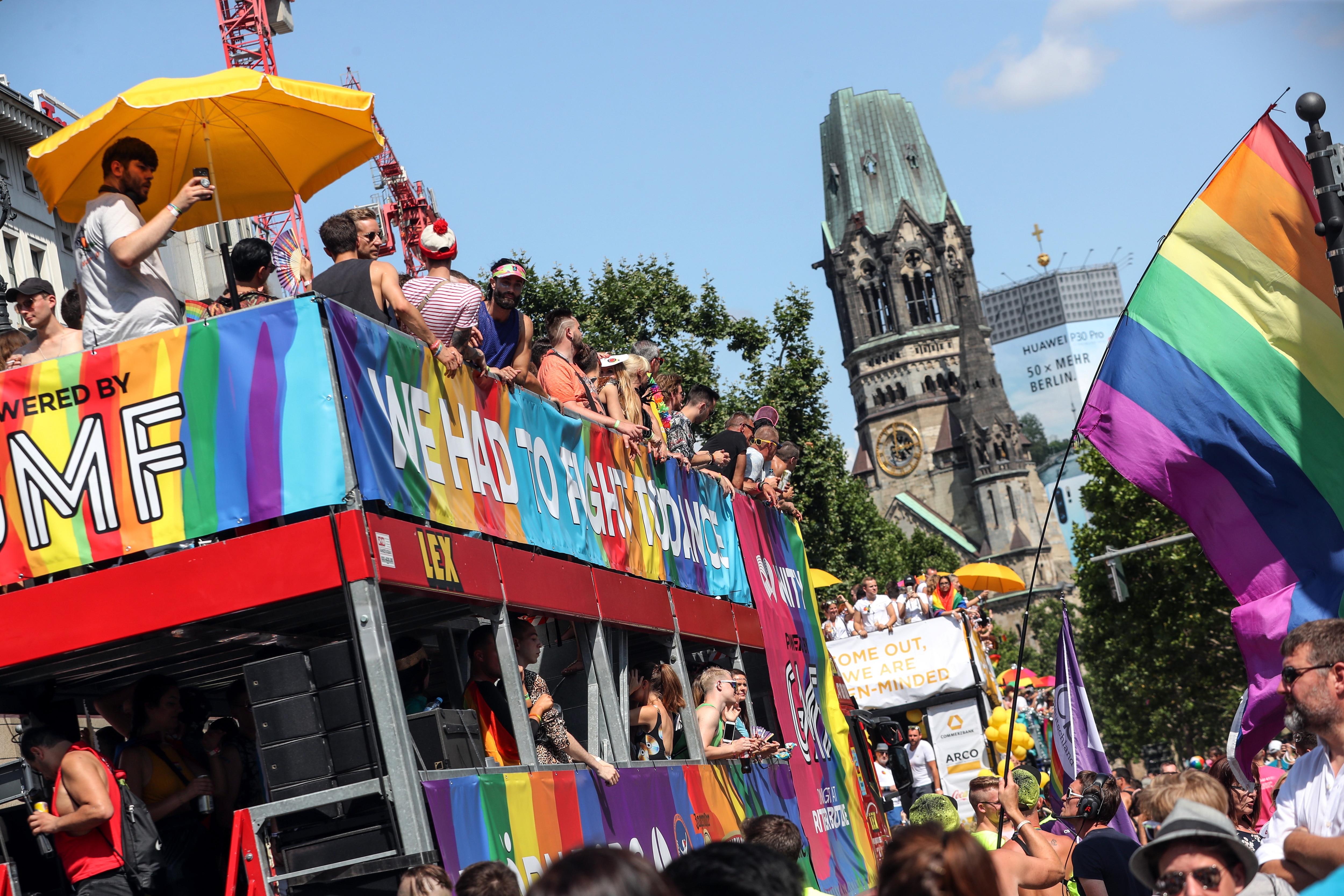 Revellers were carrying posters with slogans such as "No sex with Nazis" and "Send the patriarchy to hell" in support of equal rights and to protest the marginalisation of individuals and minorities.

Saturday's parade was kicked off with confetti thrown into the air, as people cheered and waved rainbow-coloured flags. 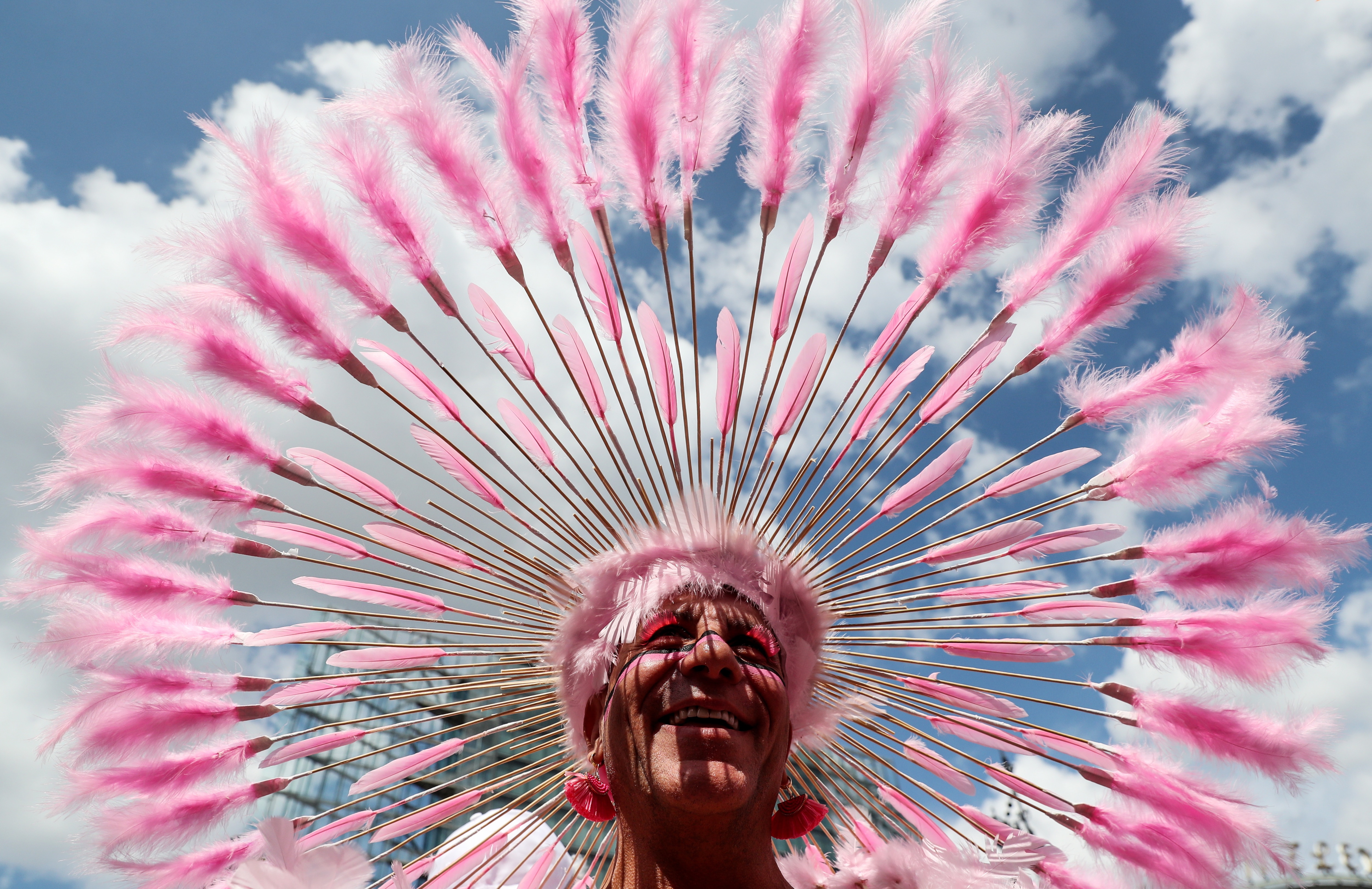 A reveller in Berlin.
EPA

By mid-afternoon organisers had counted 150,000 attendees.

Organisers have said they expect around 600,000 people to attend over the course of the day.

The theme of this year's gay pride festivities, known locally as Christopher Street Day or CSD, is "Stonewall 50 - Every riot starts with your voice" in commemoration of the anniversary of the uprising at the Stonewall Inn in New York in 1969 that sparked the modern gay rights movement.