The Illawarra region is grappling with high unemployment and refugees are among those struggling to find a job. But one grassroots organisation is forging a new way forward.

Emmanuel Bakenga came to Australia as a refugee in 2012, dreaming of a new life and a new job.

Originally from the Democratic Republic of Congo, he spent seven years in a Ugandan refugee camp before resettling in the Illawarra, south of Sydney

"When I moved here as a refugee I was so desperate to work, because as you know, as a refugee in a refugee camp there's no employment," he says.

"So I was looking forward to starting my first job."

Emmanuel has a degree in social work but says he was prepared to settle for any type of employment.

But in an area where jobs are scarce, it wasn't easy. The jobless rate in the Illawarra of 6.1 per cent, exceeds the national average and in some areas youth unemployment is as high as 24 per cent.

Illawarra Business Chamber chief executive, Chris Lamont says this is partly due to cutbacks in the steelworks, an industry that's long been the economic lifeblood of the region.

"They certainly had an impact when they occurred, there's no doubt about it we saw a spike in unemployment across the board," he says.

Mr Bakenga says for refugees, the struggle is particularly acute.

"Culture and language is the biggest barrier for people.

"I don't think people come here as a refugee to sit down here and do nothing. I believe they come here desperate to work. And if there's no work for them it's not healthy for them or the community."

@GreenConnect_ in the #Illawarra gives #refugees & young ppl jobs - part of a shift away from manufacturing towards sustainable industries pic.twitter.com/32HLlnna9x

Statistics from the Department of Social Services show just 40 per cent of refugees have a job four years after resettlement.

Green Connect was set up to give refugees, as well as young people in the Illawarra, jobs.

The organisation, which recovers waste and grows organic food, is part of a broader shift away from mining and manufacturing towards sustainable industries.

Jess Moore, the General Manager at Green Connect, says some communities are hit harder by unemployment.

"Unemployment affects more people than others and it affects some people badly," she says.

"I feel like for decades people have talked about the unemployment problem here, it needs to be addressed but there's so few dedicated to make shifts in this community."

Mr Bakenga began working with Green Connect as a general team member in 2013.

But his degree in social work was eventually recognised and he was promoted to the role of Community Support Manager in 2015.

He now mentors other employees. 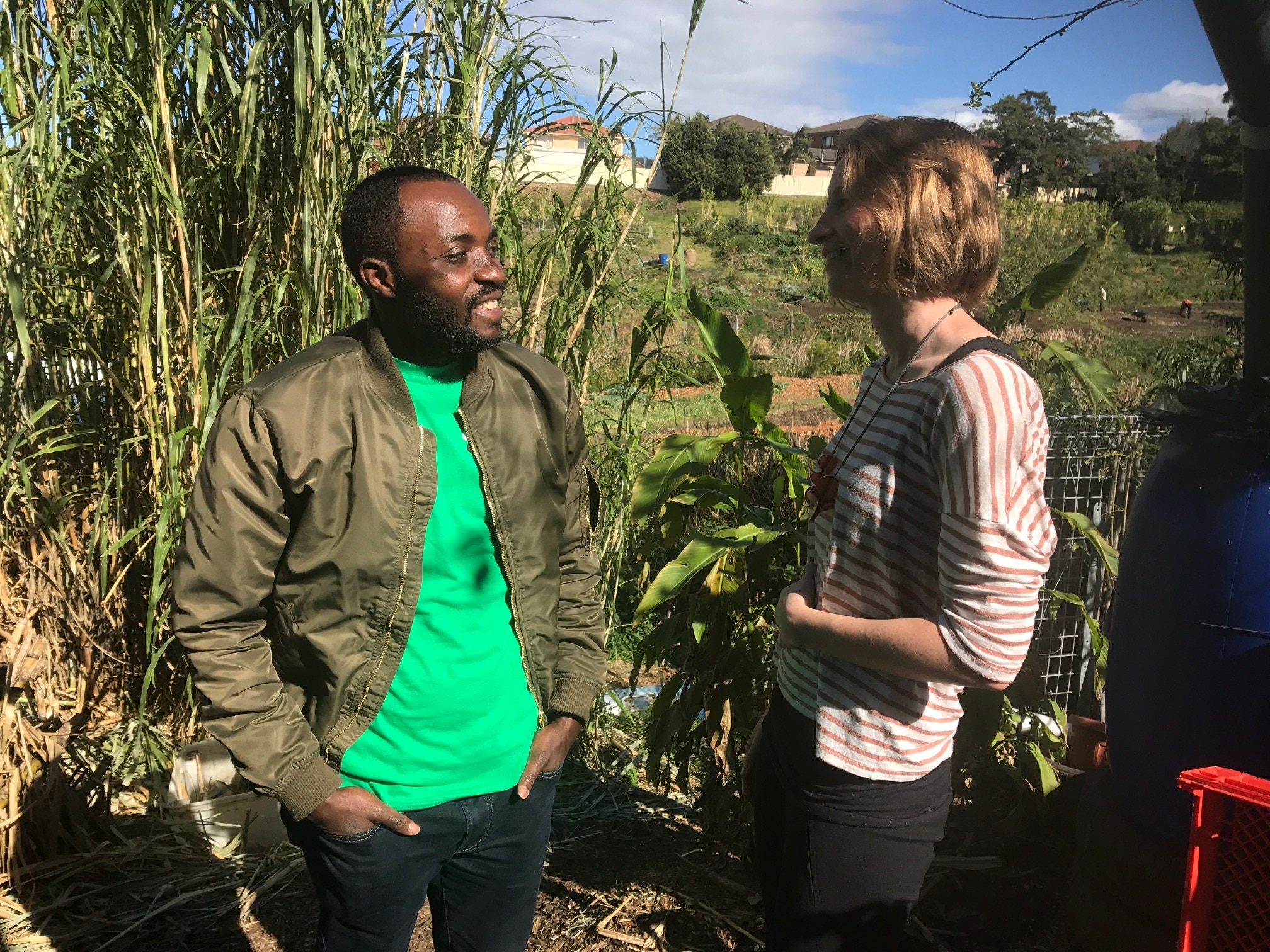 Green Connect was set up to give refugees and young people jobs.
SBS

Green Connect began as a pathway program that would eventually transition refugees and young people into other work.

"Last financial year Green Connect employed 114 former refugees and young people but of those jobs, only 12 were permanent. We want to continue to grow that 12 onwards and upwards."

While there's targeted programs for new job-seekers, some at the other end of the age scale feel they are missing out.

A mens shed in the suburb of Port Kembla, where the steel factories are based, is largely made up of European migrants who resettled in Wollongong after World War II.

Like Italian-born Pietro Martire, who says most came for jobs in the steelworks.

"I'd say 80 per cent are migrants and yes about 95 per cent have worked in those industries," he says.

"A lot of them probably got retrenched earlier than what they would have liked." The men's shed is largely made up of Europeans who came out after World War two for jobs in the steelworks.
SBS

Chris Lamont from the Illawarra Business Chamber says as the regions economy diversifies, so too should workers' skills.

He says this is possible if they're given the right support.

"A transitioning economy always has a hurt factor, for people, who may be employed in an industry for 20 or plus years, so we need to look how to adapt their skills, he says.

"Adavanced manufacturing has a great future in this region. We need to perhaps look at people who have been trained in a certain area, applying their skills but giving them the latest technology, take skills they've learnt in a traditional sense and apply them in today's environment."