Opposition Leader Bill Shorten has taken to the Chinese social media platform WeChat in a bid to limit the damage from former NSW Labor Leader Michael Daley's comments about "Asians with PhDs" were moving in and taking jobs.

Mr Shorten has also featured in three Chinese newspapers as he attempts to mend relationships with the Chinese community ahead of the May federal election. 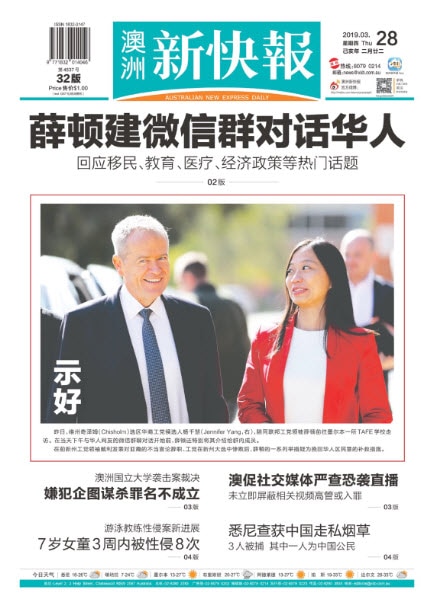 On WeChat, Mr Shorten declared he welcomed the rise of China, but said Australia must stand on "its own two feet and think for itself".

"America will always be important to the security for Australia but if I am Prime Minister I welcome the rise of China in the world," he said.

About 500 WeChat users tuned in to ask the Opposition Leader questions on Wednesday afternoon with many challenging Mr Shorten about Mr Daley's comments.

Here’s a clip of @billshortenmp on Chinese social media platform WeChat uttering a salutation in his most pukka putonghua. Not quite up to the standards of @MrKRudd#auspolpic.twitter.com/wug3zelIAX

Mr Shorten was keen to distance himself from the former leader of the NSW party and his comments which were blamed for an electoral backlash in seats where there is a high Chinese population. 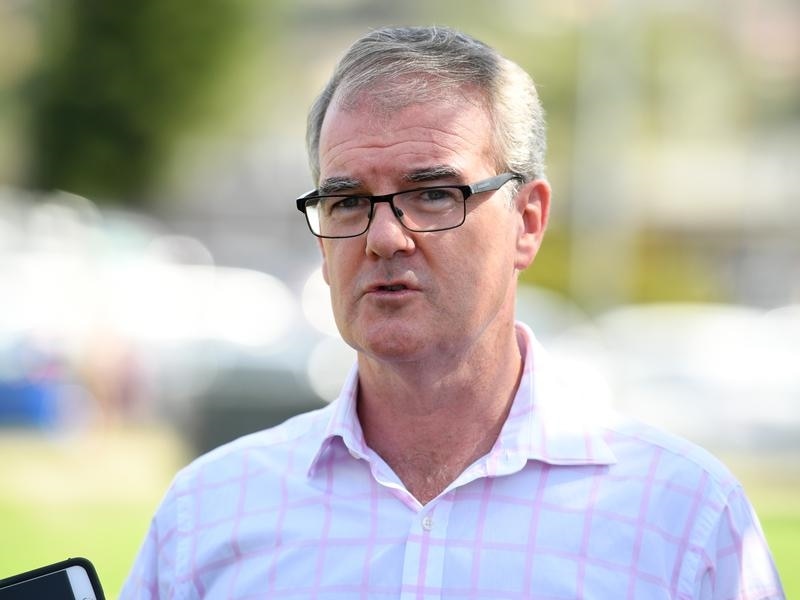 About 500 WeChat users tuned in to ask the Opposition Leader questions on Wednesday afternoon with many challenging Mr Shorten about Mr Daley's comments.
AAP

"I just want to make it clear, as the leader of the federal Labor Party I don't agree with what he said and the comments should not have been made," Mr Shorten told WeChat users.

"Mr Daley has now stepped down as the leader of the NSW Labor Party and he doesn't intend to become leader again." 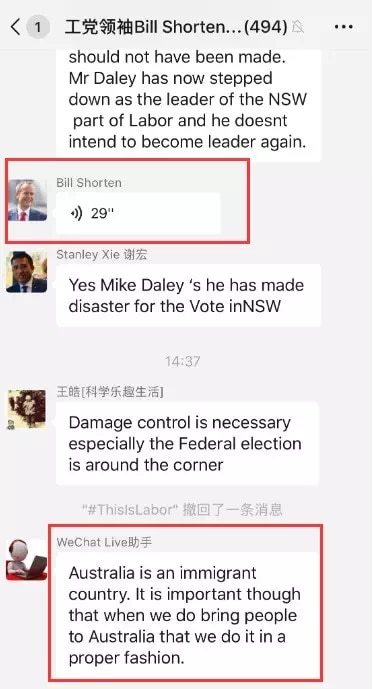 Labor candidate Jennifer Yang, who is standing in the multicultural seat of Chisholm in Melbourne's eastern suburbs, helped facilitate the 30-minute live chat.

Many questions raised issues with visa applications, prompting Mr Shorten to promise to make it easier for immigrant families to bring their parents to the country.

The waiting list for contributory parent visas has blown out to 43,000 as of February with applicants facing a three to four year wait for a decision. 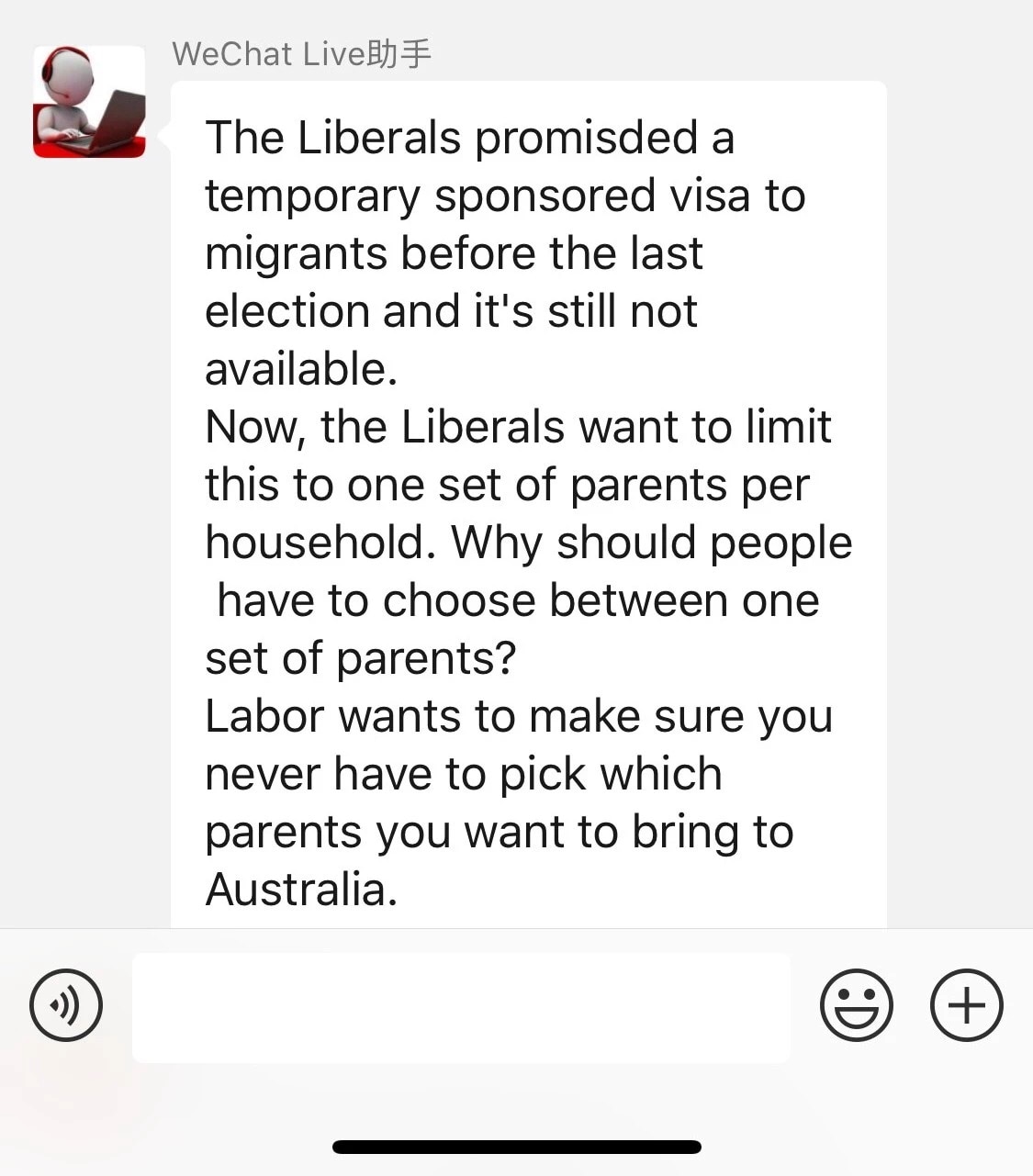 Mr Shorten, who stuck to English throughout the chat, also vowed to take a tough stance against racism and highlighted Labor's efforts to stop the Coalition increasing the degree of difficulty of English tests for Australian citizenship.