The Biloela Tamil family fighting to remain in Australia have had their court case adjourned until Friday.

A decision on whether a Tamil family will be forced to leave Australia has been delayed until Friday after the Federal Court decided to extend an injunction protecting two-year-old Tharunicaa from deportation.

Priya and Nades and their two Australian-born daughters Kopika, 4, and Tharunicaa are in detention on Christmas Island while the matter is decided before the court and will not return to Sri Lanka before 4pm on Friday, when the injunction runs out. 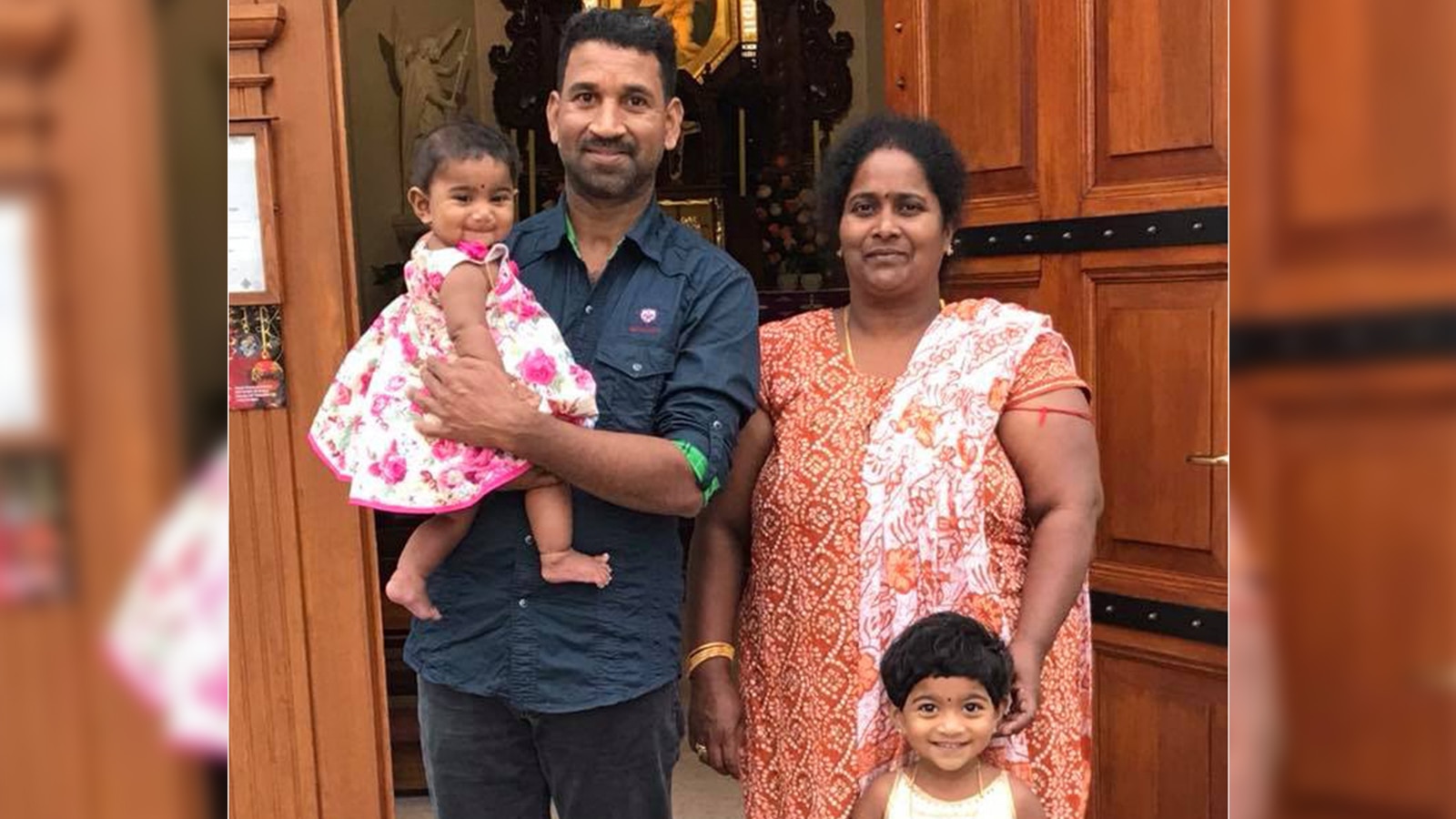 The family's fate will be considered at a court hearing in Melbourne on Friday.
Supplied

The Melbourne Federal Court ruled on Wednesday that lawyers for the family should have time to consider a surprise development from Immigration Minister David Coleman, who last night determined he would not be exercising his ministerial discretion to allow the two-year-old to remain in Australia.

The court case is to decide the outcome of an application on behalf of the youngest child for Australia's protection, put in place after an injunction stopped the government from deporting the family last Thursday.

A succession of courts, including the High Court, has found the parents and the eldest child are not refugees and do not qualify for Australia's protection.

Twinkle twinkle little star for the Tamil family kids ahead of the Federal Court hearing in Melbourne ⁦@SBSNews⁩ pic.twitter.com/YdkoNfIn7E

Outside the court, supporters of the family gathered holding large photos of the family and singing 'Twinkle, Twinkle little star' which is one of the children's favourite songs. Speaking after the decision, the family's lawyer Carina Ford said they were in "uncertain territory", but added that they would not stop fighting.

"We have only had a short time to consider the issues and obviously we need to think about the next way that we will progress the matter," she said of Mr Coleman's decision not to use his ministerial powers to let two-year-old Tharunicaa stay in Australia.

She said the legal team had put in an Australian citizenship application for the two children overnight, but declined to go into further detail.

Earlier on Wednesday, Prime Minister Scott Morrison stuck by earlier comments and said the decision to refuse the family's application for asylum was in "the national interest".

"Border protection, national security, is not about chasing Twitter public sentiment or anyone else. It's about doing the right thing," he said.

"I understand absolutely the motivation and the compassion that Australians have expressed in relation to this case ... But I also know from bitter experience that if you make the wrong calls on these issues, then you invite tragedy and you invite chaos."

The Prime Minister had previously encouraged the family to go back to Sri Lanka, and then apply for fresh Australian visas.

Today I’ll be travelling to Biloela to hear from the local community about why they want Nades, Priya and their beautiful two girls to stay in Australia – something Scott Morrison should have done months ago. #HomeToBilo pic.twitter.com/3X3Rlct6je

"If Priya and Nades and Kopika and Tharunicaa want to then come to Australia, like 1500 who have already been sent back before them, well then they can seek to do that," he told 3AW Radio.

Labor leader Anthony Albanese has flown to Biloela, in central Queensland, where the family lived until they were removed in a pre-dawn raid last year.

Mr Albanese is calling on the immigration minister to exercise discretion and let them stay. 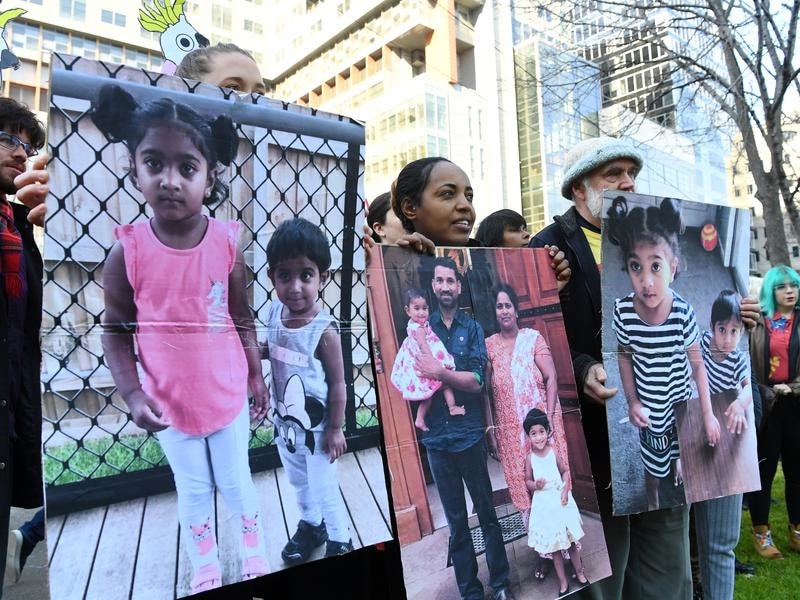 The Biloela family and their supporters hope they will be allowed to stay in Australia permanently.
AAP

"There is a case of a four-year-old and a two-year-old who belong here in Australia," he told the Seven Network.

"Their parents are making a contribution and they are in regional Queensland, supported by their local community."

Family friend and leader of the Biloela community effort to have the family returned to the small Queensland town, Angela Frederiks, said she was both relieved and disappointed by Wednesday's decision.

"I guess there is relief in that I am not going to watch my friends get on a plan today but there is still  disappointment in the fact that this isn't just resolved, and this nightmare ended, and this family brought back to Biloela," she told SBS News from Christmas Island, where she has travelled to support the family.

Despite making the trip to the island, she said she has been unable to visit Priya, Nadesalingam and their children in person. 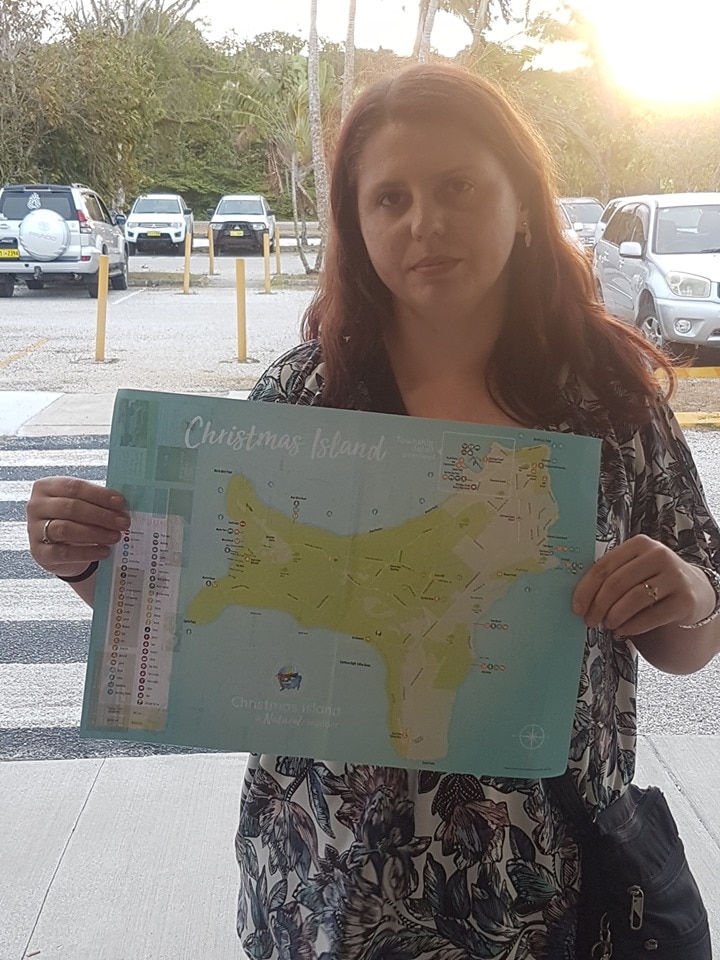 Angela Fredericks has travelled to Christmas Island, where the Tamil family are currently being held.
Facebook

After speaking to Priya over the phone on Tuesday night, Ms Frederiks said she was sobbing and extremely distressed by the situation.

"It was pretty heartbreaking," she said. "I really don't know what to expect on Friday".

Ms Frederiks is planning to leave the island on Friday afternoon.

"How great would it be if they were on the flight back to Bilo with me," she said. "I'll just put that miracle out there."

The family had been in long-term immigration detention in Melbourne until Thursday night, when they were put on a plane for deportation to Sri Lanka.

A judge issued a last-minute injunction and the family was taken off the plane when it landed in Darwin. Shortly after they were sent to Christmas Island. 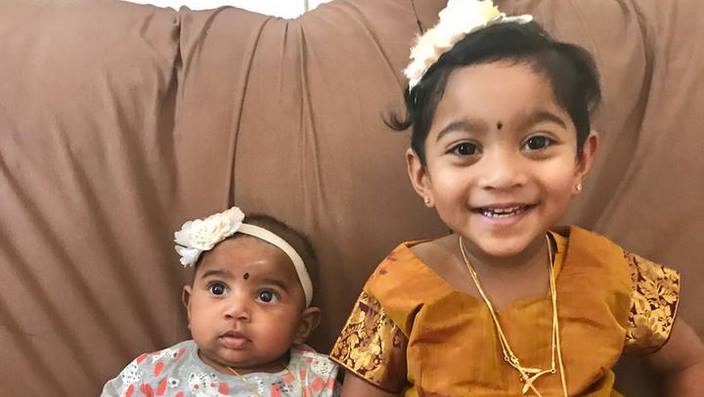 Nadesalingam and Priya came separately to Australia by boat after the war ended. They met here and had two children before settling in Biloela.

Nadesalingam has said his links to Tamil Tigers insurgents who battled Sri Lanka's government during the country's civil war mean he's in danger of persecution if he goes home. 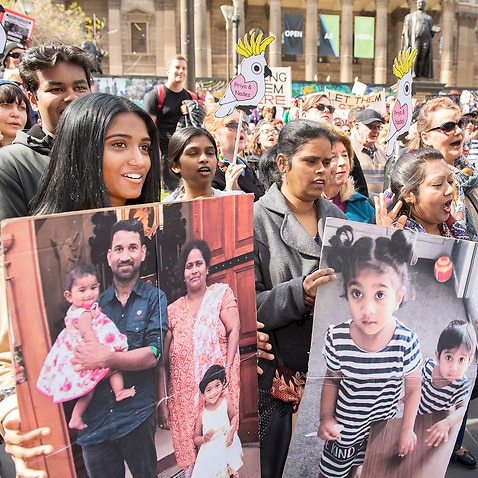 But Mr Dutton said he travelled back to Sri Lanka on a number of occasions and he had been unable to convince a succession of courts that he would be in danger.

The minister would not say how quickly the family would be deported to Sri Lanka, if they lost the court battle.