Researchers have urged 5000 Australians to volunteer a saliva sample in a bid to crack the genetic code of bipolar disorder and find new treatments and a cure.

Bipolar Australians are being urged to volunteer for the world's largest study on the chronic disorder.

Researchers have called on 5000 Australians who have undergone treatment for the mental illness to help crack its genetic code in a bid to revolutionise treatments and find a cure. 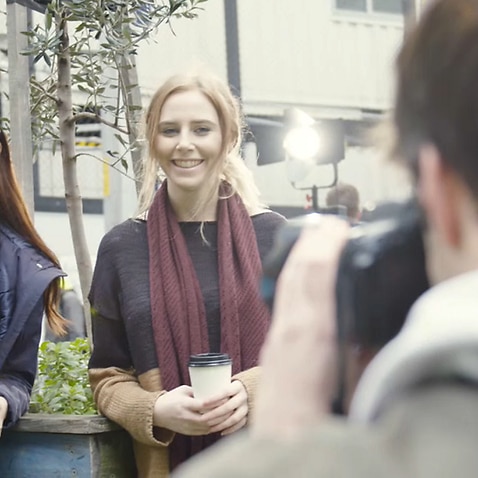 The Australian Genetics of Bipolar Disorder Study hopes to identify the genes that predispose people to bipolar disorder and how this influences their response to medications.

Participants will be asked to submit a saliva sample for DNA analysis and answer an online questionnaire.

"That's going to save a lot of patients suffering and save a lot of government funding for medications that are subsidised," he told AAP. Unlike depression, which can sometimes be treated without drugs, medication underpins the treatment for nearly everyone with bipolar disorder, alongside other lifestyle interventions, he said.

It is unknown exactly what causes the condition, which affects about one-in-50 Australians but genetics account for 70 per cent of the risk, researchers say.

Those living with the illness are 15 times more likely to commit suicide than the general population and account for 25 per cent of all suicides.

Sydneysider Alex Pettigrew says he struggled with the disorder throughout high school until a diagnosis and correct medication helped him manage his life.

The 22-year-old music composer spent years battling depressive and manic periods and inflicted harm on himself, especially when bullied at school. Mr Pettigrew, who says he has never taken drugs and doesn't drink alcohol, felt "high" during his manic highs and would "pump out the music" on his piano.

"I can't remember much, the medication I was taking made me forget a lot of things ... I do remember there were some really bad times," he told AAP.

Now, the combination of a diagnosis and correct medication has meant he can live a normal life, pursuing his music career ambitions while working at a child care centre in Sydney.

"I do take time off when I'm not well, there are very few times of the year where I will have some psychotic symptoms," he said.

"I have an action plan and I know what I need to do to get myself well again."

He hoped speaking out would encourage others to join the study but more importantly give other young people with bipolar disorder some hope.

"Men hold things in for such a long time, it can do a lot of damage," he said.

"It took me so long to finally open up and tell someone what was going on."

People can volunteer to take part in the study at www.geneticsofbipolar.org.au.