Qantas websites are being changed to refer to Taiwan as a Chinese territory after pressure from Beijing.

Foreign Minister Julie Bishop has expressed concern about the decision to change the Qantas website to refer to Taiwan as a Chinese territory after pressure from Beijing.

Qantas chief executive Alan Joyce revealed on Monday that the airline is in the process of making the change after China's aviation regulator in April issued a May 25 deadline to more than 40 airlines to make the change.

Ms Bishop has reiterated her concerns about Beijing's request for airlines to no longer refer to Taiwan as an independent country, but noted that Qantas was free to make its own corporate decisions. "Private companies should be free to conduct their usual business operations free from political pressure of governments," Ms Bishop said in a statement on Tuesday.

"The decision of how Qantas structures its website is a matter for the company."

China's aviation regulator in April ordered airlines operating in China to refer to self-ruled Taiwan as "Taiwan China" on its website, or risk facing legal action.

While many airlines quickly complied, Qantas and some American airlines including Delta and United Airlines missed the deadline. 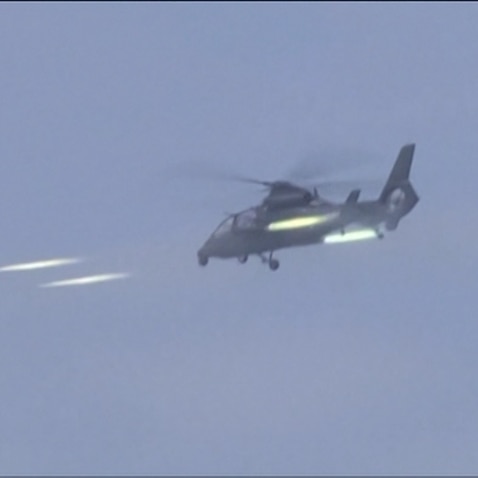 China's live-fire drills a warning to Taiwan amid rising tensions

Qantas was given an extension of time to make the changes, which have previously been blasted by the White House as "Orwellian nonsense".

"Our intention is to meet the requirements. It's just taking time to get there," Mr Joyce told reporters at the International Air Transport Association (IATA) annual meeting in Sydney.

The head of Qantas International Alison Webster said making the changes on the Qantas website was a complex task.

"This is not just a Qantas Airline, it's a Qantas Group piece that needs to be adjusted - the IT and technology that underpins our websites and the connectivity takes time for us to get to grips with changes that need to be put into the programming stages of that," she said.

Beijing has also pressured other multinational companies to change the way they refer to Taiwan, which is governed separately from China.

Qantas argues that the changes are in line with the Australian government's One China Policy.