More than 800 people have been injured during the annual feast of the Black Nazarene, one of the world's largest Catholic festivals.

One devotee died and more than 800 people were injured in the Philippine capital when millions joined a religious procession featuring a blackened image of Jesus, officials said on Wednesday.

The annual feast of the Black Nazarene, one of the world's largest Catholic festivals, drew 3.5 million barefoot devotees on Tuesday in what police described as a "generally peaceful" event despite crowds jostling to touch the icon.

However a former jail officer died of a heart attack after joining the scramble to climb onto the carriage bearing an image of the centuries-old Black Nazarene on Tuesday morning, city officials and police said. 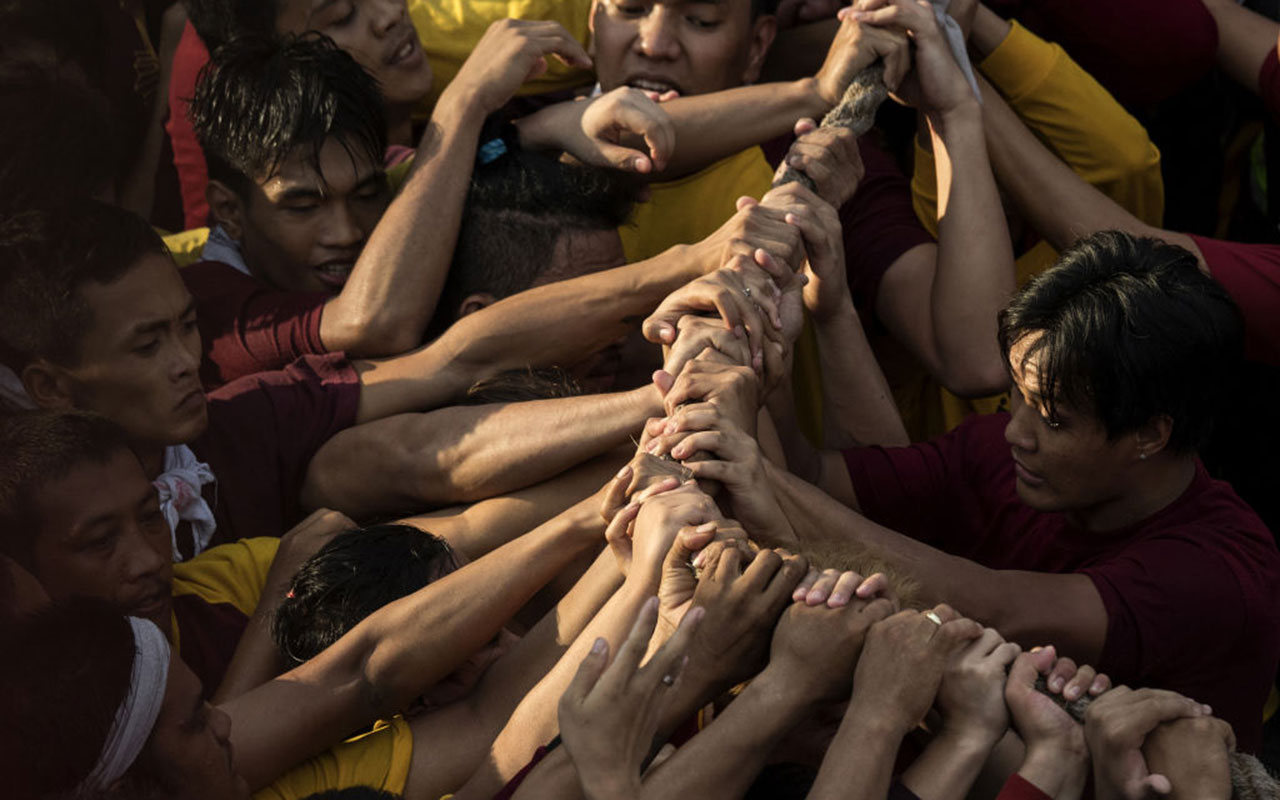 A devotees trying to touch the rope of Black Nazarene statue while entering at Chinese & Filipino Peace Arch in Binondo.
Getty

People in the mainly Catholic Asian nation risk life and limb to kiss or touch the icon with towels, believing the Black Nazarene to possess miraculous powers.

Two people died during the 2016 event.

More than 800 people were hurt in this year's procession, including one who sustained a suspected neck and spine injury in a fall, according to the Philippine Red Cross.

The procession began before dawn on Tuesday and ended after midnight, some 22 hours later.

During the parade, police shut down mobile phone signals in many areas of Manila to prevent potential terror attacks on the procession. 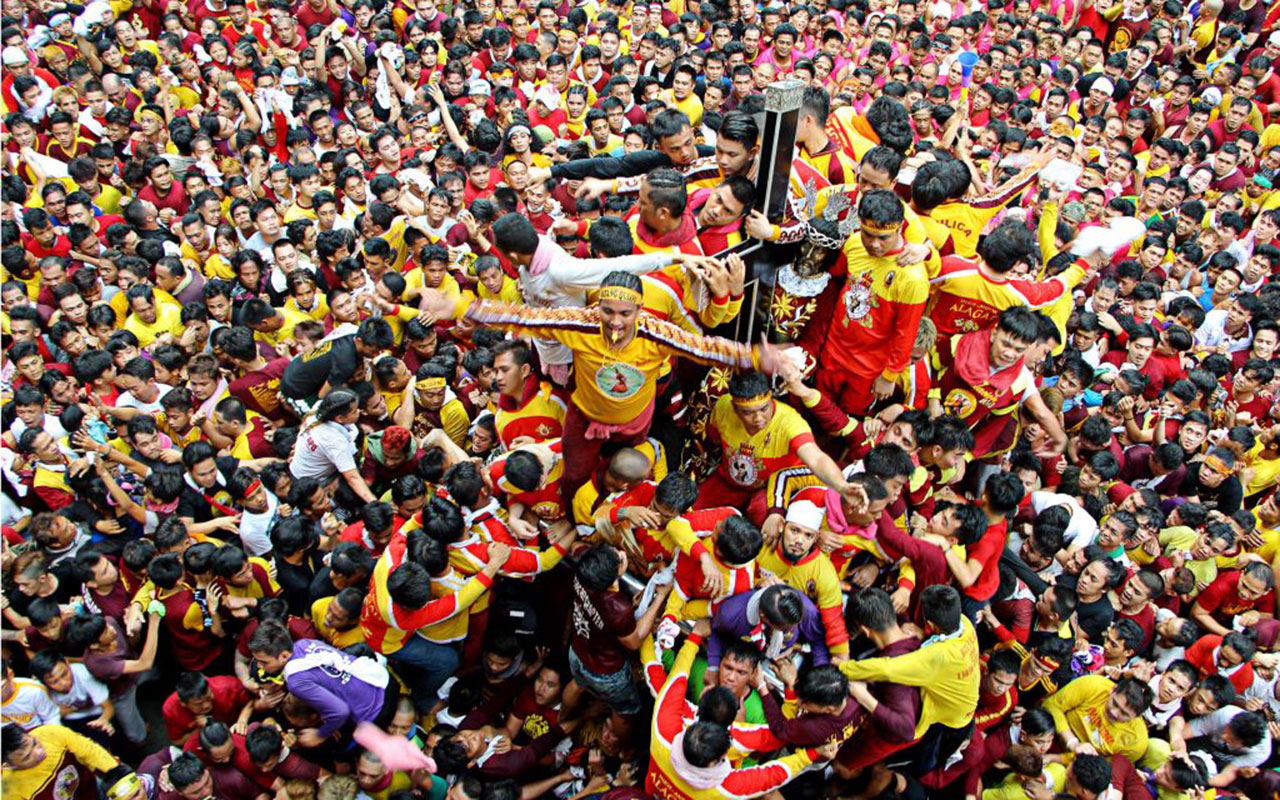 Devotees trying to touch the icon of Black Nazarene and the rope as their belief that it may granted their wish or part of their Panata or devotions.
Getty