The Australian Border Force has blamed NSW Health for the disembarkation of coronavirus-infected passengers from the Ruby Princess.

The NSW chief health officer says most Ruby Princess cruise ship passengers who have since come down with COVID-19 did not show symptoms until after disembarkation.

The Australian Border Force, however, has laid blame for the debacle on federal agricultural authorities and NSW Health.

More than 100 passengers on the ship which disembarked in Sydney on Thursday have since been confirmed to have the coronavirus. 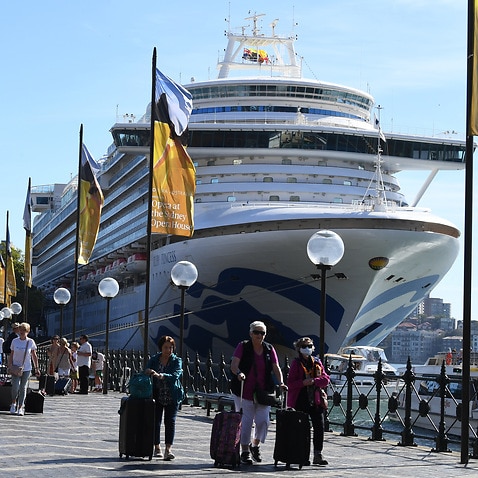 Some 13 passengers showed respiratory symptoms before disembarkation at 6am on Thursday, with three testing positive to COVID-19. One passenger, a 77-year-old woman, has since died.

Operator Princess Cruises last week said everyone who'd developed symptoms had been in isolation on board.

However NSW, chief health officer Dr Kerry Chant said symptoms had not presented in most infected passengers until the day of disembarkation or in the following days.

There was little health authorities could do to prevent the disembarkation of asymptomatic cruise passengers. 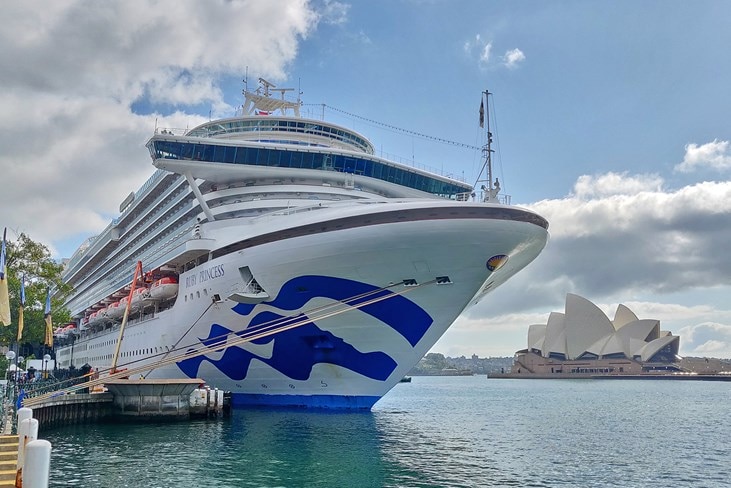 "Those passengers recognising symptoms have been infected on the ship, and no action by NSW Health or otherwise could alter that," Dr Chant told reporters in Sydney on Wednesday.

"What we're working on now is to identify any onwards transmission from any contact from those people travelling home." He said his organisation was solely responsible for the restriction of contraband and ensuring orderly migration - two of the three "green lights" required for passenger disembarkation.

The third green light - regarding biosecurity - came from NSW Health, who had decided not to board the vessel for additional checks.

"The decision to allow them off in relation to the health and biosecurity issue was one of NSW Health," Mr Outram told reporters.

"I'm not here to apportion blame, we are all in it together in Australia ... we don't need to blame but the public need to know the facts.

"My officers are not trained to take temperatures."

A health worker talks to visitors at a Covid-19 testing centre in Sydney on 23 March, 2020.
AFP

Dr Chant said a report would be commissioned on the cruise ship.

There have been multiple confirmed coronavirus outbreaks on cruise ships across the globe, with other Australian cases linked to the recently docked Ovation of the Seas.

The furore over the Ruby Princess follows the Australian government being forced to rescue citizens off the Diamond Princess in Japan, with one Perth man later dying due to the virus. Mr Outram admitted he could lose up to 40 per cent of his staff amid the crisis as they fall ill or are required to care for loved ones.

"This has been not a good event at all, this has been terrible. There have been a series of issues that have been associated with that," Mr Morrison told 2GB Radio on Wednesday.

Federal authorities are working with NSW counterparts on contact tracing and informing passengers to self-isolate for 14 days.