Prime Minister Scott Morrison said the Australians stand resolute against the attempt "to instil fear in our nation".

Authorities have confirmed the Bourke Street attacker Hassan Khalif Shire Ali was radicalised and had links to IS.

The 30-year old Somalian-born man arrived in Australia with his family in the 1980s. 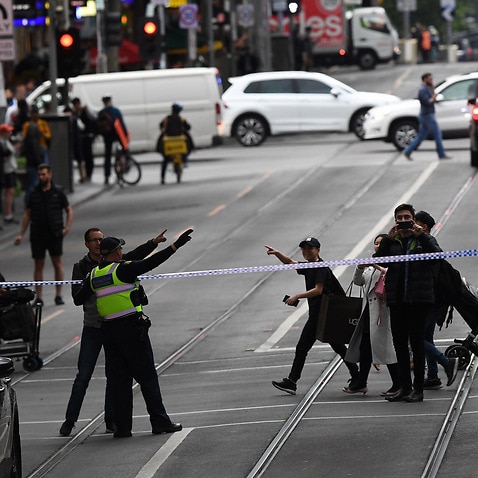 Bourke Street attacker 'failed in his plan to cause explosion'

"Like those who tried before him, this terrorist failed. As will all others who share his twisted hatred of our nation. He was met with unflinching resolve," he said.

Mr Morrison while he supported religious freedom, religious extremism must be called out.

"Radical, violent, extremist Islam that opposes our very way of life," he said.

"But here in Australia, we would be kidding ourselves if we did not call out the fact that the greatest threat of religious extremism in this country is the radical and dangerous ideology of extremist Islam."

He said Islamic religious leaders are in a unique position to prevent the radicalisation of youths.

"But there is a special responsibility on religious leaders to protect their religious communities and to ensure that dangerous teachings and ideologies do not take root here are. They must be proactive. They must be alert and they must call this out in this...their communities.

"We must work respectfully together. Government, community, religious leaders, to ensure that we continue to prevail in the face of this evil."

He said community leaders have raised concerns with him in his various ministerial portfolios over the years.

Prime Minister Morrison said Australians should take confidence in the ability of the authorities to thwart terrorist attacks.

"There were six attacks of this nature prior to this one. But there have been more that were thwarted. And those thwarted, were thwarted as a result of the resolver, leadership and cooperation." He urged members of the public to "keep being Australians".

"Be proud of who you are, because that is what will ensure we will always defeat this insidious evil that comes at us every single time."

Two police investigations are underway into the Bourke Street attack, one team is preparing a brief for the coroner while counter-terrorism police have executed search warrants on properties in the Melbourne suburbs of Meadow Heights and Werribee.