The head of the Australian Museum says the loss of "priceless" artefacts in a massive blaze at Brazil's National Museum should serve as a reminder of the importance of maintaining museums.

The head of Australia's oldest museum says the community is "distraught" over news of a fire that ripped through Brazil's National Museum.

The 200-year-old institution in Rio de Janeiro housed artefacts from Egypt, Greco-Roman art and some of the first fossils found in Brazil.

"I'm shocked. I'm devastated. It actually makes me physically ill to think about it," director and CEO of the Australian Museum Kim McKay told SBS News.

She said a large number of "priceless" and "irreplaceable" objects were likely destroyed by the blaze. 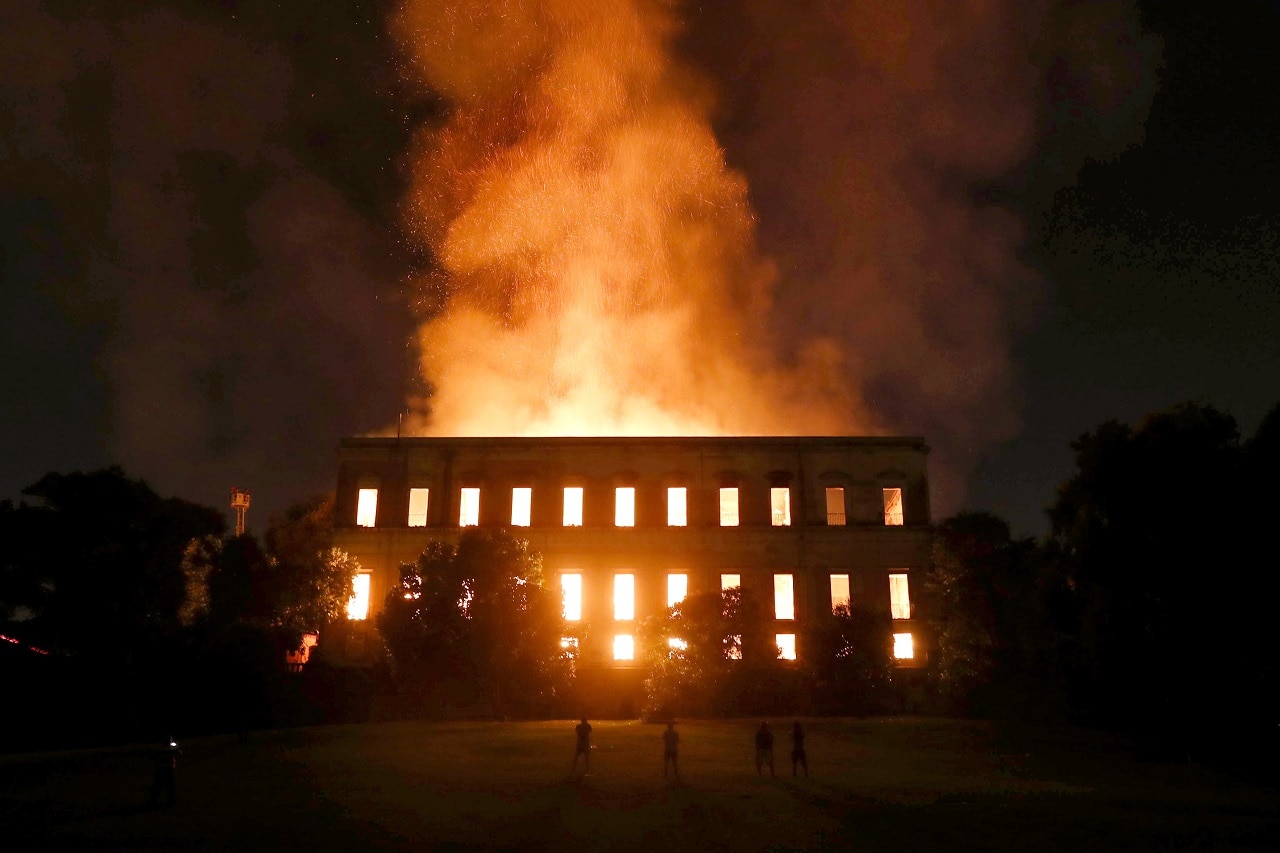 Ms McKay, who has visited the museum in Brazil, said there were similarities with her own institution.

"We're both around 200 years old, which is rare in the Southern Hemisphere," she said.

"So I can't imagine how the director and the staff must be feeling right now." 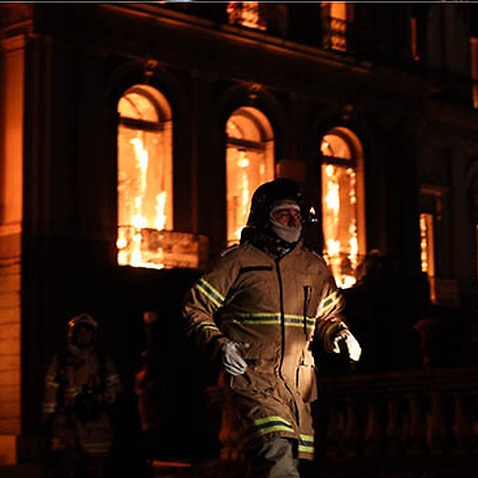 And although the cause of the fire has not yet been identified, Ms McKay said the event was an important reminder that museums receive the necessary funding to mitigate risks such as fire.

"Museums play an incredibly important role in a society ... They are the ark of humanity." 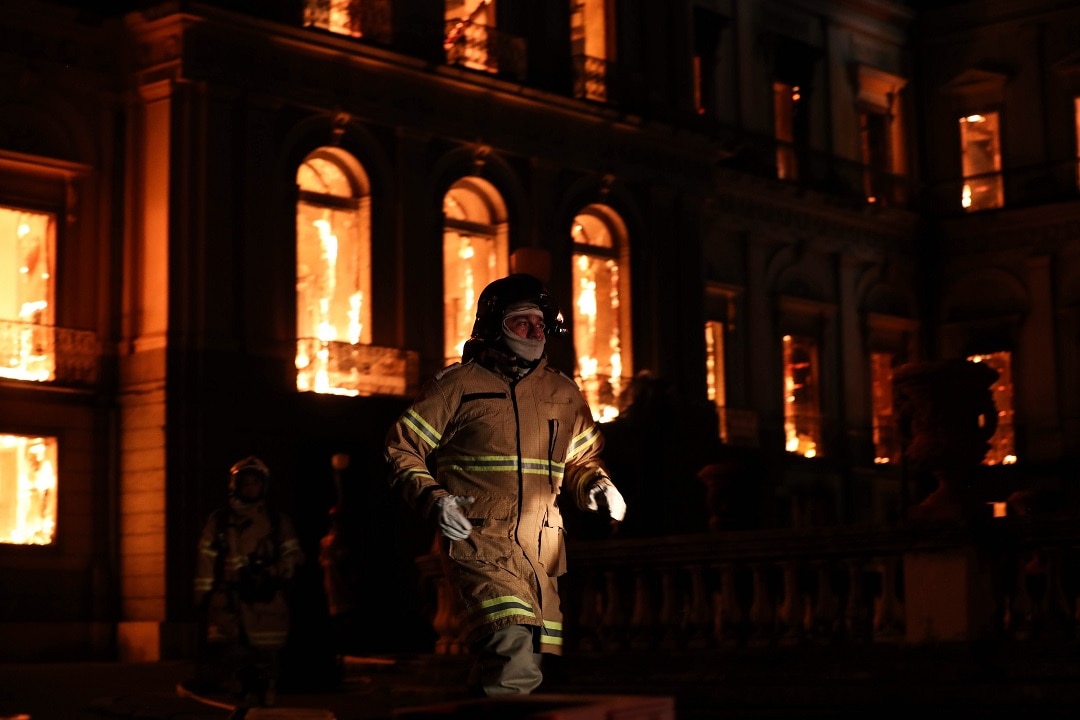 A firefighter walks in front of the National Museum in Rio de Janeiro.
AAP

The question of proper funding has already been raised in relation to Sunday's fire.

The museum's vice-director Luiz Duarte told the Globo TV network that it had suffered from years of neglect under numerous governments.

"We never got anything from the federal government," he said.

"We recently finalised an agreement with [state-run development bank] BNDES for a massive investment, so that we could finally restore the palace and, ironically, we had planned on a new fire prevention system."

Ms McKay said there were few if any recent museum fires of this scale. But she said Sydney suffered a "similar tragedy" in colonial times.

In 1879, the Australian Museum exhibited some of its collections in a Sydney International Exhibition building called the Garden Palace. 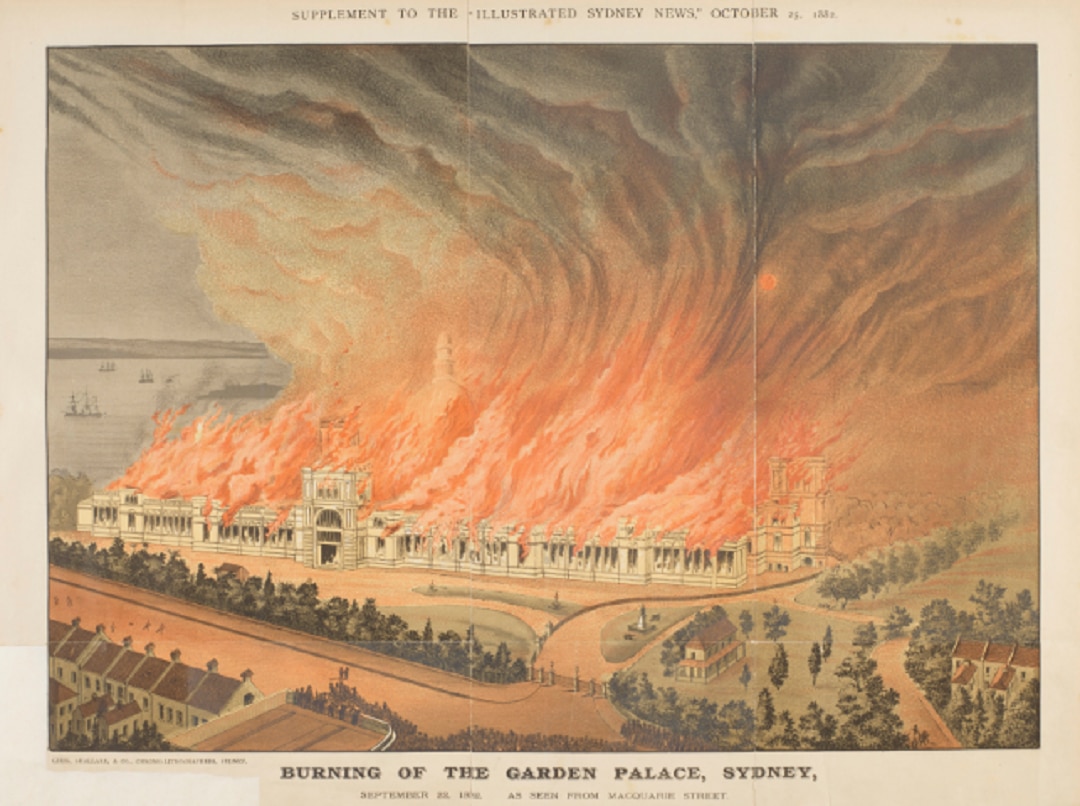 An illustration of the Garden Palace burning down.
The State Library of NSW

In a fire that could be seen across town, the collections were almost entirely destroyed when the venue burnt down in 1882.

"Many great treasures of Australia were lost," Ms McKay said.

"It's very, very rare to have a fire like this ... If there's ever a fire in a museum, it's almost always limited to one particular space."

Dr Barker said damage of this scale was usually reserved to "wars and deliberate looting".

"[And] even in cases like that, often the institutions are able to get items off-site before the conflict breaks out." Dr Barker said it will likely take years for the National Museum to rebuild, although it could be quicker if any items were stored at other locations.

He said hopefully the event would make Australians and others around the world appreciate their own museums.

"Museums, in particular national institutions, really do represent the heart and the soul of a country. There will be a lot of very sad people in Brazil because they have lost so much today."