The International Criminal Court is being asked to investigate President Jair Bolsonaro for "crimes against humanity".

Chief Raoni Metuktire, the leader of the Kayapo people, and Chief Almir Narayamoga Surui, leader of the Paiter Surui tribe, filed the claim at The Hague-based body on Friday. Since Mr Bolsonaro became president in January 2019, "the destruction of the Amazonian forest has accelerated without measure," said the complaint to the ICC, reported by France's Le Monde newspaper on Saturday.

It said deforestation had rocketed "by 34.5 percent in a year, the assassination of Indigenous leaders is at an 11-year high and environmental agencies have collapsed or faced threats."

Mr Bolsonaro's government has proposed legislation that would relax restrictions within Amazon regions on commercial mining, oil and gas extraction, and large-scale agriculture.

Activists are pushing for ecocide to be added to the crimes prosecuted by the ICC, alongside genocide, crimes against humanity and war crimes. 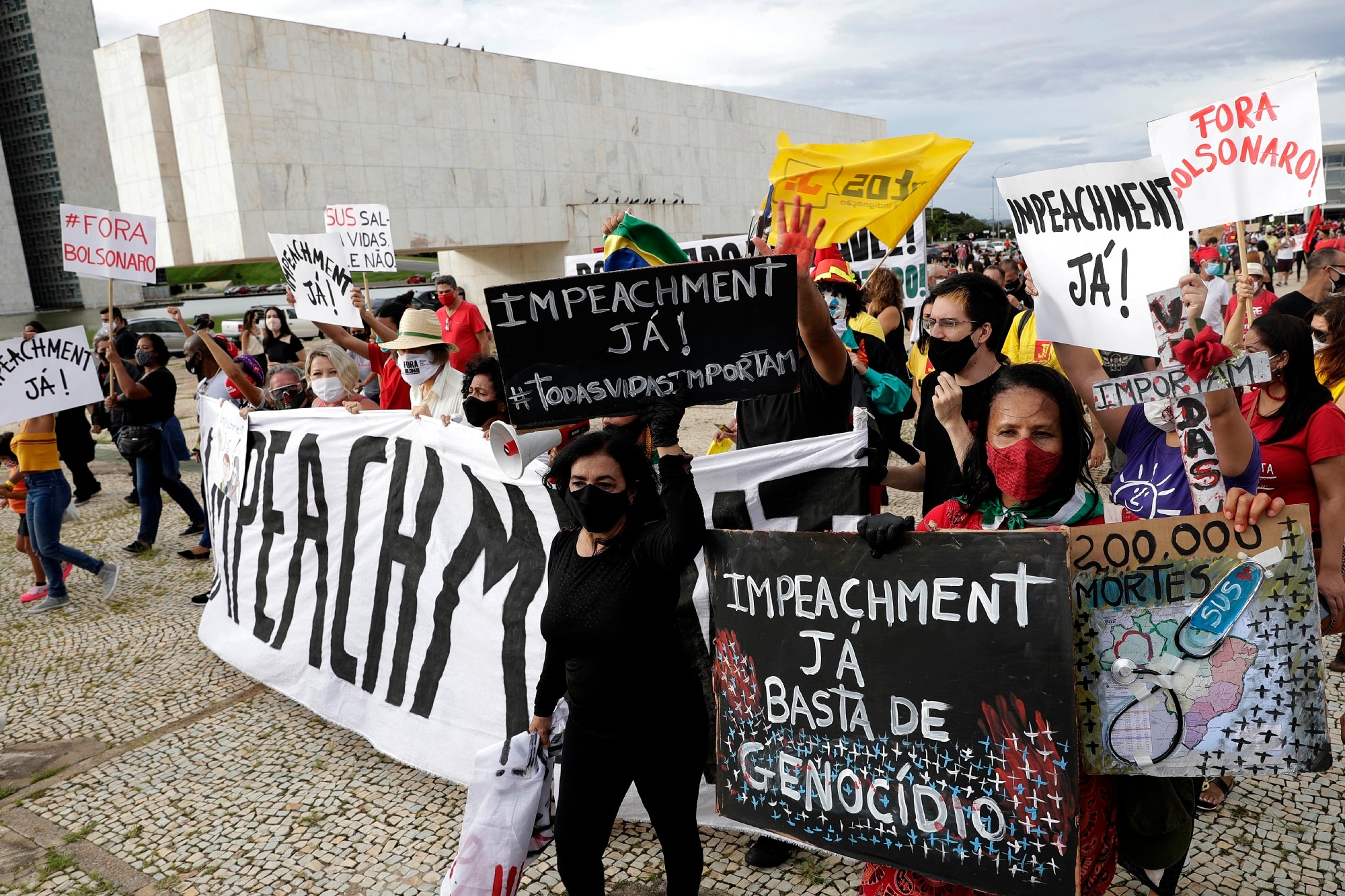 Demonstrators carry signs written in Portuguese calling for the impeachment of Jair Bolsonaro in Brasilia, Brazil on 17 January 2021.
AAP

The issue was raised by the Maldives and Vanuatu at the ICC general assembly in December 2019.

"This situation, the most dramatic in the last 10 years, is a direct result of the policies of Jair Bolsonaro", who wants to "lift all the barriers to plunder the wealth of the Amazon," the suit said, also singling out mining firms.

It said the "destruction of the Amazon forest... was a direct danger not only for Brazilians but for all humanity."

In July last year, health workers in Brazil had also urged the ICC to probe Mr Bolsonaro for crimes against humanity over his handling of the Covid-19 pandemic.

A month earlier Chief Raoni had told AFP in an interview that Mr Bolsonaro was trying to use the pandemic to eliminate Indigenous people.

Brazil's immunisation programme has been widely criticised for being late and chaotic, not least given Mr Bolsonaro's opposition.