Brisbane has taken a huge step towards staging the 2032 Olympic Games after being chosen as the International Olympic Committee's "preferred partner".

Australian Olympic chief John Coates says Brisbane's bid to host the 2032 Olympic Games is as good as a done deal after it was awarded exclusive negotiation rights.

The Olympics and Paralympics are set to return to Australia after Brisbane, and the state of Queensland, was installed as the preferred bidder for the event by the International Olympic Committee (IOC) at an executive committee meeting.

Numerous other cities including Budapest, Istanbul and Doha had previously flagged interest in hosting the 2032 Games.

But the Australian bid has long been considered the favourite and is now the sole candidate as part of a new decision-making system designed to avoid cities unlikely of winning the rights wasting money on their bids.

We welcome this morning's announcement that the IOC have given the Brisbane candidature 'preferred host status' for the 2032 Olympic Games. 👉 https://t.co/KeFv23ljNh pic.twitter.com/jY7948PtYe

Brisbane now has to go through some formalities before the IOC makes a host city announcement, possibly before Tokyo's rescheduled Games begin in July.

"It was a long night ... but a very mature decision from the IOC," said Mr Coates, who stepped out of the virtual meeting for more than two hours while the Brisbane bid was discussed early on Thursday morning.

"The IOC now deal exclusively with us while we complete the questionnaire.

"The other cities who have shown interest have been parked ... it's significant recognition.

Brisbane, if negotiations conclude successfully, would be the third Australian city to host the Games after Melbourne had the honour in 1956 and Sydney in 2000.

The IOC is promising at least $2.5 billion to cover the Games' operations with further costs covered by sponsorships and ticket sales. 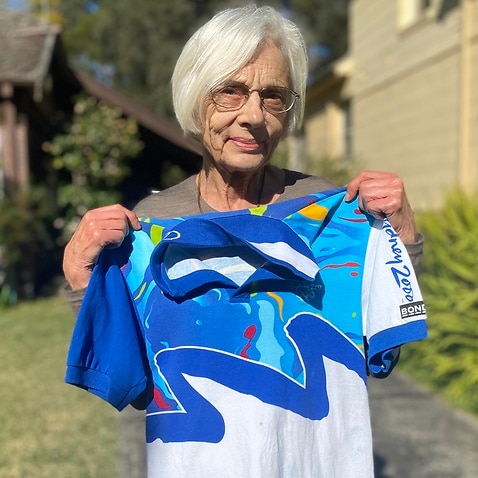 About 90 per cent of the proposed venues fit into those categories, with 10 per cent new or upgraded venues planned to coincide with the growth of Queensland over the next 11 years.

These sports could be hosted at existing venues though, with organisers conscious of avoiding "white elephants" seen in previous Olympic cities within Brazil and Greece. It's been more than 20 years since Australia last hosted the Sydney 2000 Olympic Games.
AP via AAP

A report in February forecast the south-east Queensland bid would deliver a $36 billion windfall for the state.

Mr Bach said the decision to make Brisbane it's preferred partner was "was not a decision against anybody".

"The commitment of Australia and Oceania to Olympic sports has grown remarkably since the fantastic Olympic Games Sydney 2000," he said.

"This is why we see such strong public support.

"We decided to seize an opportunity to take to the next stage our discussions about returning 32 years later."

SBS also publishes news in 68 languages online and on radio. Find your language at sbs.com.au/language and specific health information about COVID-19 at sbs.com.au/coronavirus.