Human rights groups say followers of the Bahá'í faith are increasingly being targetted by Iran-backed Houthi rebels in Yemen's civil war, as Australian relatives call for "religiously motivated" charges to be dropped.

There are more than 10,000 kilometres between Brisbane-based Liqaa Saifi and her sister in Yemen.

But as she dials the phone and places it to her ear, the intimacy of their sibling bond suddenly fills the room with infectious energy.

Words in Arabic and English are intertwined seamlessly in the type of conversation people only share with those closest to them.

Ms Saifi hangs up and has a soft smile across her face. But it's one that hides the deep fear she has for her sister’s safety. 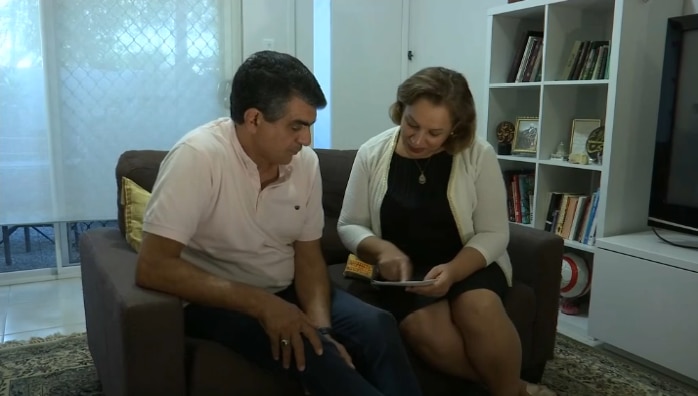 Liqaa Saifi and her husband looking at photos of her sister.
SBS

Her sister and brother-in-law (who SBS News has chosen not to name) are two of 24 followers of the Bahá'í faith facing possible criminal charges in Yemen which carry the death penalty.

The charges were handed down by Iran-backed Houthi rebels in September last year.

The rebels control northern parts of the country and the charges have been denounced by human rights groups as "religiously motivated" and "baseless".

Ms Saifi said her sister has been forced into hiding ever since.

“I was shocked, I was afraid and panicked about what happened to my sister,” Ms Saifi told SBS News. 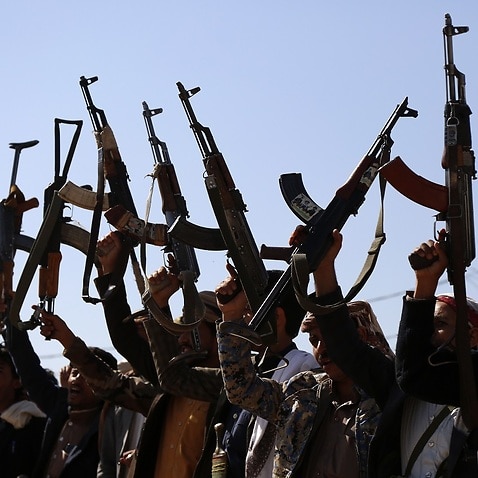 The war in Yemen explained, as ceasefire falters

She says her sister was targeted for running programs for youth in her community.

Once arrested she was detained for a month before being released, her passport confiscated and more recently, her bank accounts frozen.

Ms Saifi said her sister was made to sign a pledge to no longer conduct work in the community.

“They are just hiding to keep themselves safe in safer places … and I am so afraid for her,” she said.

They are just hiding to keep themselves safe … I am so afraid for her. Ms Saifi is extremely concerned about her sister.
SBS News

The Baha'i faith was founded in Iran in 1863, where followers of the faith have historically faced persecution. The 2016 census recorded more than 13,000 followers living in Australia.

The faith believes the prophets of all major world religions, including Buddha, Jesus Christ and Mohammad, and their own spiritual leader Bahá'u'lláh, are manifestations of one god.

Rasha Mohamed is Amnesty International’s Yemen Researcher based in Beirut and is working on the cases of those facing charges in Yemen.

She said the persecution of Bahá'ís has worsened during Yemen’s civil war; a conflict that is still trying to find peace through ceasefire and prisoner swap talks. “There is an increase in the number of Bahá'ís being persecuted and prosecuted,” she said.

“It is my analysis that this is being done so the Houthis can have an upper hand in negotiations during meetings with the [UN’s] prisoners committee.” A charge sheet obtained by SBS News confirms those facing charges are accused of foreign espionage and the abandonment of religion.

It includes Hamed Bin Haydara, a Bahá'í leader in Yemen, who is currently fighting a death sentence. He is one of six followers of the faith being detained in the capital Sana’a.

Mr Hayadara fronted a Sana’a court on 19 February where the judge adjourned the session until 12 March. Ms Mohamed said Mr Haydara has been tortured and denied access to medical help since being detained in 2013.

She said the list of those facing charges also includes eight women and a child.

“We’ve seen anything but fair trial procedures being implemented by the Houthi authorities,” she said.

“We are extremely concerned for those 24 … many are in hiding or on the run ... They are at risk at any minute.” 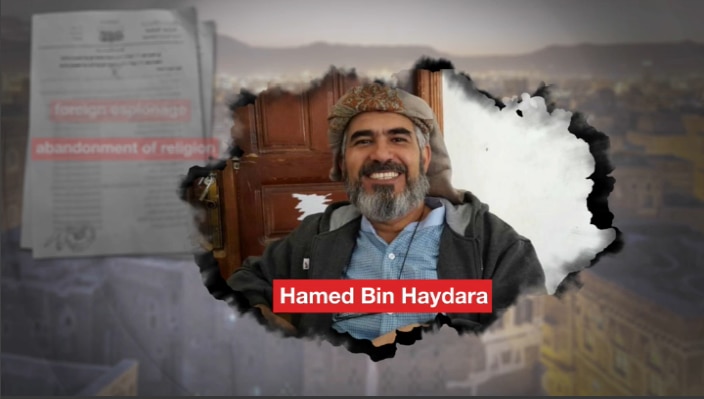 Hamed Bin Haydara, who is currently fighting a death sentence in Yemen.
SBS

Sydney’s Bahá'í temple in Sydney is one of just eight around the world.

There's an incredibly peaceful atmosphere inside its nine-sided structure during a Sunday service.

But its beauty masks a complex history of persecution faced by those who follow the religion. 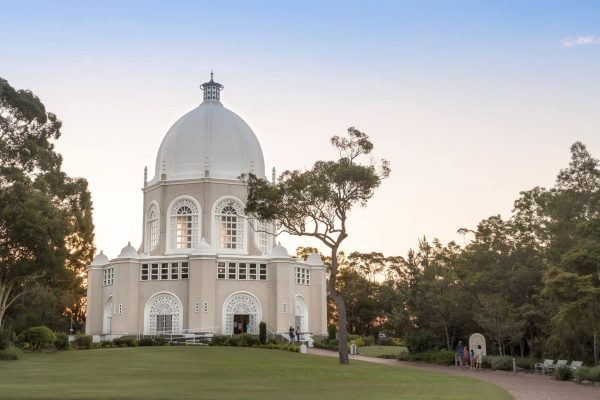 The Bahai House of Worship in Sydney.
Australian Bahai Community.

She said many members of the community have faced persecution for their beliefs.

“[They] took in an influx of Bahá'ís during the early 1980s following the revolution in Iran where widespread persecution broke out against the Bahá'í community,” she said.

“[Many] members of our community … are now horrified to see the beginning of a similar kind of case in Yemen.” 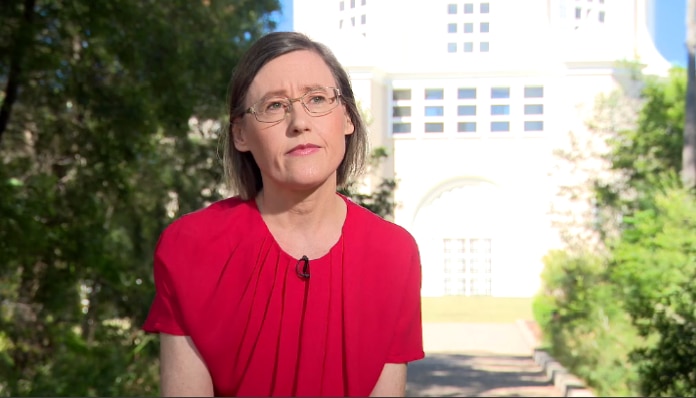 Dr Natalie Mobini is the Director of the Office of External Affairs for the Australian Bahai Community.
SBS

Community members like Mehrzad Mumtahan - who said he was expelled from school in Iran during this period, his home looted and burned - all because of his faith.

"As someone who has experienced this persecution I know how important international exposure is," he said.

“The same thing is happening in Yemen now and the Houthis and the Iranian regime need to know that the world is watching.”

The Houthis and the Iranian regime need to know the world is watching. Mehrzad Mumtahan outside the Bahai temple in Sydney.
SBS

Dr Mobini says the accusations against those facing charges in Yemen are baseless.

“It is heartbreaking for Bahá'ís to see,” she said.

“There is no basis whatsoever for those charges other than their religion.” Australian politicians are among those who have joined the fight for the charges to be dropped.

“The evidence is pretty clear cut that this is a politically and religiously motivated attempt to persecute the Bahá'í in Houthi-controlled Sana’a,” he said.

“The difficulty is that because of the civil war in Yemen, the normal diplomatic channels and diplomatic avenues are unavailable.” 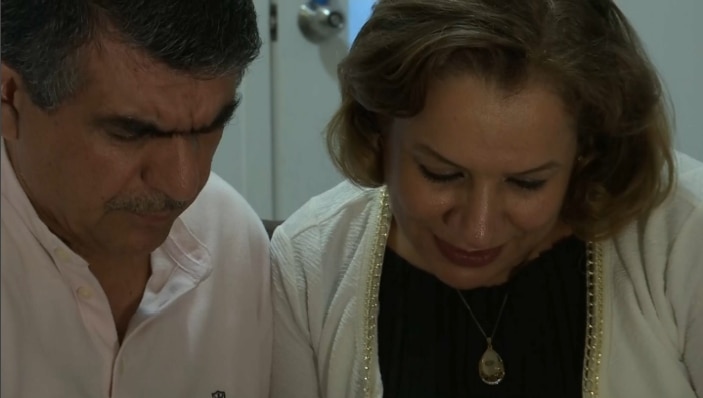 Liqaa Saifi with her husband.

In a statement to SBS News, Yemen's government says it rejects the practices of Houthi militias against the Baha'is, including arbitrary arrests and sentences.

The government said it has included some names of Baha'i detainees on the list of requested prisoner exchanges given to Houthi militias.

"The Government of Yemen has repeatedly called upon the international community to pressure the militias to release those detained Baha'is," the statement reads.

International attention that has been welcomed by Australia's Bahá'í community.

Ms Saifi is praying that the pressure could help end her sister’s unjust persecution.