A UN expert says the British government has shown "outright contempt" for the rights of Julian Assange, who has signs of exposure to psychological torture.

UN rapporteur on torture Nils Melzer says Britain has taken no action since he and medical experts visited Assange at a London prison in May. They found Assange displaying "all the symptoms typical for prolonged exposure to psychological torture".

"However, what we have seen from the UK government is outright contempt for Mr Assange's rights and integrity," Mr Melzer said in a statement on Friday. 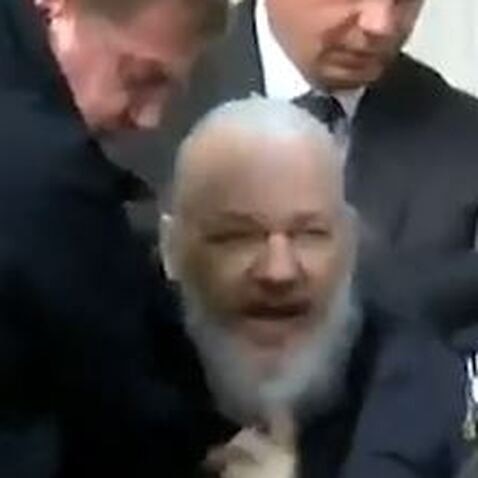 Who is Julian Assange and what will happen to him now?

"Despite the medical urgency of my appeal and the seriousness of the alleged violations, the UK has not undertaken any measures of investigation, prevention and redress required under international law."

Australian citizen Assange, 48, appeared in court last week for a procedural hearing over a US extradition request.

Mr Melzer urged Britain on Friday to block the extradition and release Assange. Julian Assange, in a prison van, as he leaves Southwark Crown Court.
AAP

The US government accused Assange of conspiring with former US military intelligence analyst Chelsea Manning to leak a trove of classified material in 2010. The documents relate to the wars in Iraq and Afghanistan and to secret information on intelligence sources, the US said. In June, the British government signed an order allowing Assange to be extradited to the US over the computer-hacking allegations.

British police dragged him out of the Ecuadorian embassy in London on 11 April after Quito ended his asylum. He had spent seven years inside the building to avoid arrest.

28 mins ago US Politics