Prime Minister Scott Morrison says the coalition has been working towards the surplus it will deliver in Tuesday's budget since it was elected in 2013.

Delivering the first surplus in more than a decade is a demonstration of why people vote for coalition governments, Prime Minister Scott Morrison has declared.

Treasurer Josh Frydenberg will present another round of personal income tax cuts and a forecast surplus when he hands down the federal budget on Tuesday night. Treasurer Josh Frydenberg poses for a photograph with Minister for Finance Mathias Cormann with the 2019 Budget.
AAP

"Today is the day we've been working towards since first being elected in 2013. Today we're bringing the budget back in black," Mr Morrison told the coalition party room meeting in the morning.

"This is a demonstration of what the Australian people expect us to do, to get the job done compared with Labor's talk." 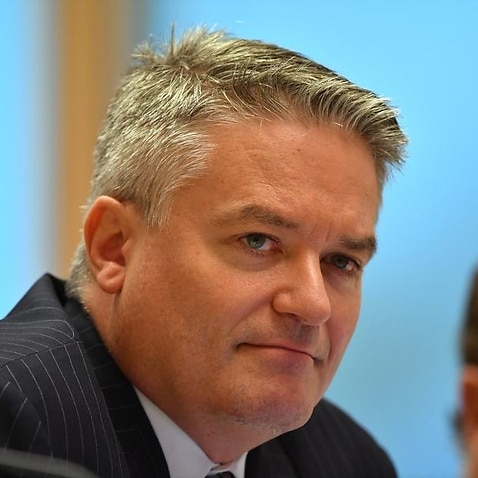 What to expect from the 2019 federal budget

He said many people had contributed to the return to surplus, singling out his predecessors Tony Abbott - who also addressed the party room on the topic - and Malcolm Turnbull.

Mr Morrison's plan now was to follow in the footsteps of the Howard government and pay off debt over the next decade, he said.

Retiring former deputy Liberal leader Julie Bishop, who was elected in 1998, recalled sitting in the party room when Peter Costello announced the Howard government had paid of Labor's debt.

It had taken them 11 years to do, and it only took Labor another two to put the budget back in the red, she said on Tuesday.

Low and middle-income workers earning up to $90,000-a-year will be given an annual boost of around $1000 in Tuesday night's budget, on top of tax breaks they received last year.

Labor leader Bill Shorten said the government has been playing catch up on the opposition's "bigger, better, fairer" tax policies six weeks out from an election.

"This is a government who has run out of time. All that is left for them is to play catch up," he told reporters.

The government wants its tax cuts legislated this week before parliament is dissolved ahead of the federal election next month.

PM @ScottMorrisonMP and Treasurer @JoshFrydenberg were having a meeting this morning ahead of the Budget, when Josh's Dad called in to wish them both well. #Budget2019 #BuildingOurEconomy pic.twitter.com/q7X88bs8X4

Independent senator Tim Storer is open to supporting the tax breaks but says the two-day timetable will be a stretch.

Mr Shorten said the opposition will look at what the government puts forward, but won't write them a blank cheque.

The budget comes just days out from Mr Morrison calling a federal election, expected on May 11 or 18. 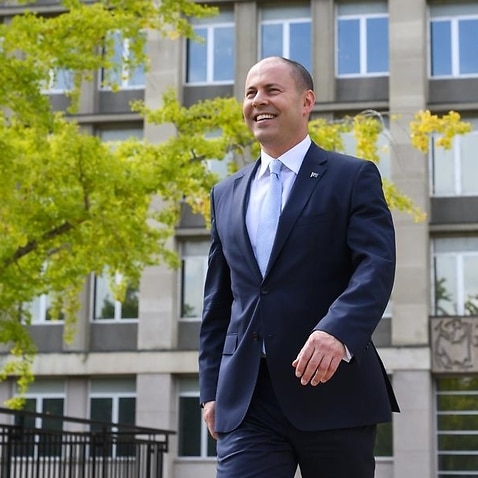 Deputy Prime Minister Michael McCormack said there would be much in the budget for MPs to sell during the imminent campaign.

"The only thing bigger than Shorten's lies are the debt and deficit they left us with," he told the party room.

"It's taken six years to fix and we can't risk them again or it will take 10 years next time." Labor has already flagged it will deliver its own economic statement later in the year if, as polls suggest, it wins the election - rendering Tuesday's budget mostly redundant.

The prime minister has rejected suggestions the budget is about buying votes, saying Commonwealth spending would be at its lowest growth rate in 50 years.

It is expected the government's already-legislated income tax cuts will be brought forward, cash payments provided to pensioners to cover power bills, and billions set aside for road and rail projects and subsidising new drugs.