An emergency bushfire warning has been issued for several Perth suburbs with crews working to strengthen containment lines.

The blaze is contained but not controlled as ground crews work to strengthen containment lines.

A bushfire emergency warning remains in place for residents in Oakford, Casuarina, Wandi, Wellard, Anketell, and Oldbury in the Shire of Serpentine-Jarrahdale and City of Kwinana. About 150 firefighters are battling the blaze which has burnt through about 300 hectares after starting in the Modong Nature Reserve on Saturday morning.

"It's currently contained but we don't know what will happen," he told reporters on Sunday. "We have a large amount of resources devoted to dealing with the issue.

"Can I just urge everyone across the community to listen to the advice and I also urge people not to go and have a look.

"That is disruptive and it puts you in danger, so please don't go and stickybeak." 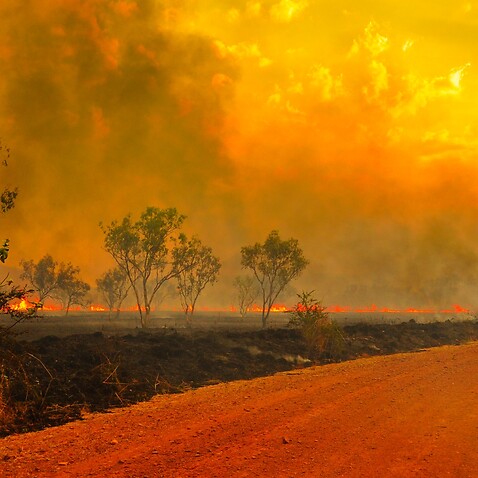 The fire has closed a number of roads in the area, including the Kwinana Freeway between Mortimer and Rowley roads.

Western Power says electricity supplies have also been cut to some customers with more than 200 properties currently without power.

Meanwhile, train services on the Mandurah Line have resumed servicing all stations between Mandurah and Perth.