Towns on the NSW South Coast have thanked those who saved lives and homes during the recent bushfires.

Bushfire-hit communities on the NSW South Coast have used Australia Day to celebrate the local heroes who helped out during the crisis.

From Rural Fire Service volunteers to charity workers to wildlife rescuers, Sunday was all about giving thanks to those who went above and beyond to keep each other safe.

Locals and visitors around Batemans Bay descended on the smoky foreshore to celebrate. 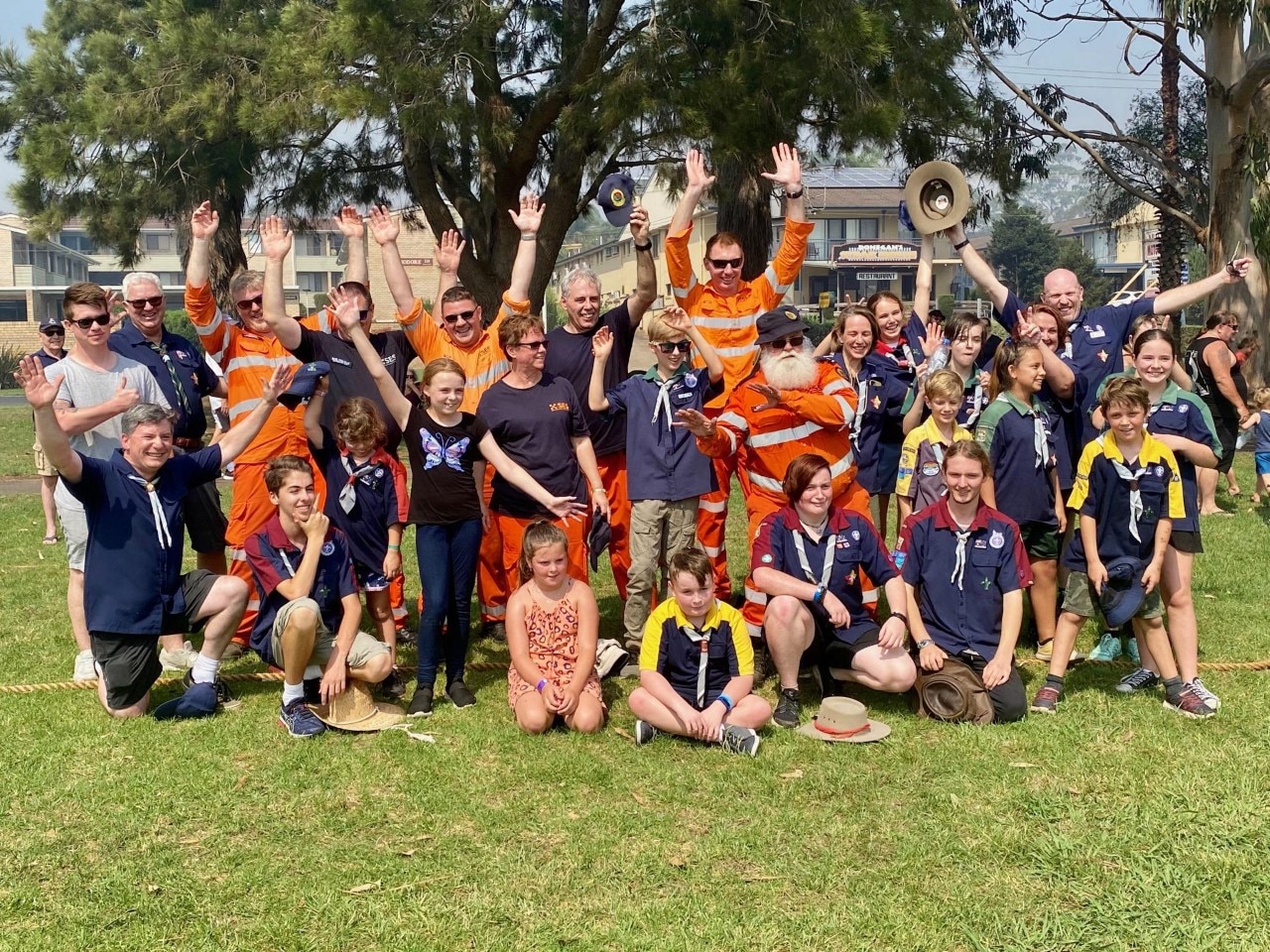 "It's brilliant, a lot of tension is being released today and everybody is having a good time," resident Jeff Thorpe told SBS News.

Despite the large turnout of volunteer organisations, one group of people was missing - the Batemans Bay fire brigade

They were called out to help contain a large bushfire still burning at nearby Moruya.

SES vs Scouts in a game of tug of war on Australia Day at Batemans Bay @SBSNews #australiaday2020 pic.twitter.com/lg9Fqlk6If

While at Narooma's Australia Day ceremony, there was a standing ovation for Rural Fire Service teams from across the South Coast.

State member Andrew Constance thanked them for their tireless work and unwavering strength.

"We do have so much to celebrate, not only Australia Day, but each other. So thank you and try and get through the next few weeks. We're going to be here with you and I'm sure we can get through this rotten, stinking fire season," he said. Six RFS captains from across NSW were also recognised with Australian Fire Service Medals as part of the National Australia Day honours.

It comes as Prime Minister Scott Morrison announced a new national emergency medal will be awarded to firefighters, police, paramedics and other responders to recognise their service during this bushfire season.

The death toll from NSW's unprecedented bushfire season climbed to 25 on Friday after the body of a 59-year-old man was found in a home on the South Coast.

There's a three-month window to decide if the 2020 Olympics will go ahead, IOC member says

Amelia Maria's husband was a passionate volunteer firefighter. He was 26 when he died of cancer