Facial recognition technology is making ordering coffee a more convenient, personalised experience but cybersecurity experts have questioned if it is really necessary.

As customers order their coffee at Sydney's Bahista Cafe, their picture is automatically taken and added to a database along with some basic details.

The next time they visit they will not have to tell the barista their name or their coffee order. An iPad will automatically scan their face and match it with their profile.

It is the latest example of how facial recognition technology us becoming a part of daily life, which has cybersecurity experts concerned.

Bahista Cafe's system, known as NoahFace, was the brainchild of the cafe owner who wanted to remember his customers' names. 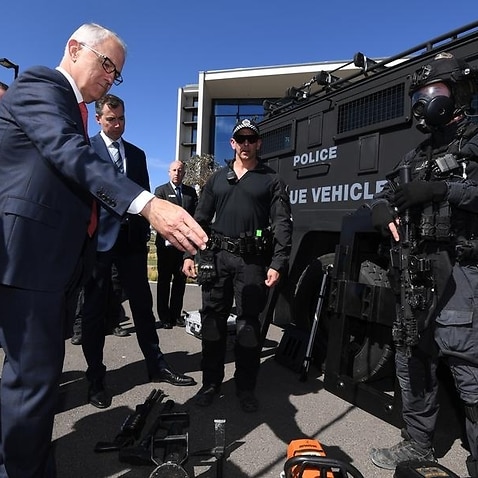 He turned to his friend and software developer, John MacLean, to adapt the technology normally associated with high tech security to the hospitality industry.

"The challenge was to get it to run on very low-end hardware, get it to run fast enough and build an intuitive interface that relatively untrained people could use quite easily," Mr MacLean told SBS News.

The system is now operating in 10 cafes in Australia that pay $40 a month for the service.

Mr MacLean is now working on a version to track when employees clock on- and off-the-job.

What happens to the data?

It is the latest way facial recognition technology is becoming part of day-to-day life - a move that has cybersecurity and privacy experts worried.

Stephen Blanks, from the NSW Council of Civil Liberties, says customers need to be wary about handing over their data.

"People have to understand that the data which is collected this way has potentially multiple and very valuable uses to the collector," Mr Blanks said.

He says the law is struggling to keep up with the fast developing technology, calling for better consumer protections.

With 1500 customers in the Bahista Cafe database alone, Mr MacLean says it has been well-received by the vast majority.

While cafes have no plans to on-sell the data, he is not ruling it out.

"It might be the sort of information that might be interesting to suppliers to the cafe market I guess," Mr MacLean said.

In China, the technology is widely used by law enforcement agencies and retail companies.

Australian Strategic Policy Institute's cybersecurity expert Tom Uren says the technology can assist police to catch criminals, but there needs to be a discussion about how far we are prepared to welcome the technology into our lives.

"If it was all people all the time being identified and tracked, that's super creepy, and I don't think people would be happy. So it's about where we draw the line," Mr Uren said.