The Royal Australasian College of Surgeons says there is evidence to show a lowered blood-alcohol limit of 0.02 would discourage drink driving behaviour.

The peak body representing surgeons has called for Australia to consider adopting a lower blood-alcohol limit of 0.02 after the deaths of four children at the hands of an alleged drunk driver.

The Royal Australasian College of Surgeons (RACS) said it's important to find a way to reduce the risk of this ever happening again.

RACS National Trauma Committee chair John Crozier said there is a precedent for a zero blood-alcohol limit, citing learner drivers and those behind the wheel for commercial purposes.

He said a 0.02 limit, however, would be more feasible for situations where someone has ingested alcohol the night before or has taken cough syrup. 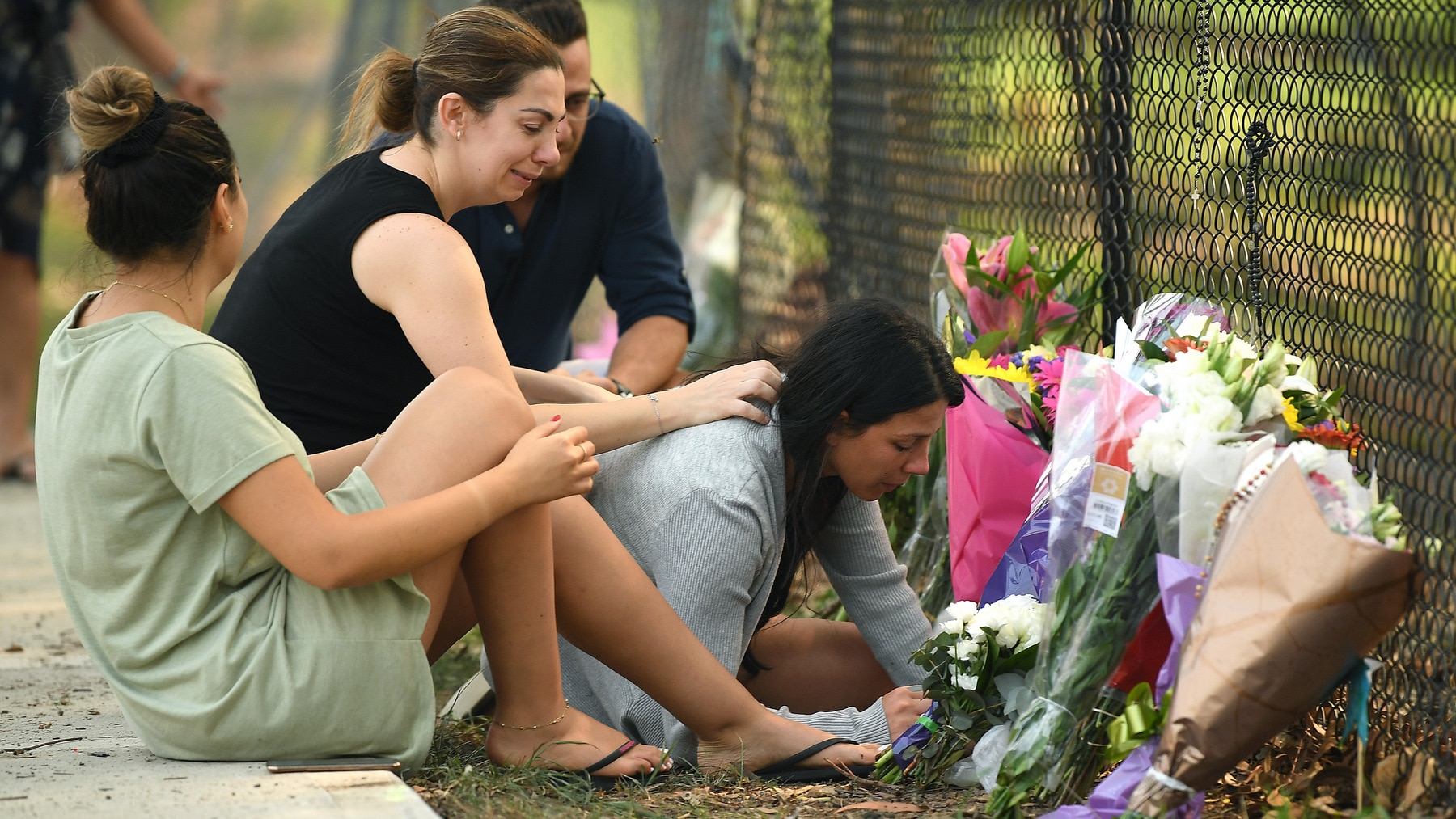 Mother Leila Geagea (right) places flowers at the memorial for her children killed in a car crash in the Sydney suburb of Oatlands.
AAP

"We do need to give consideration with these tragedies whether reviewing 0.05 is appropriate as the upper threshold," he said.

"Or should we lower it to 0.02 to bring us into line with countries like Norway, which enjoy a significant benefit with very few deaths per 100,000 head of population."

He said that a blood-alcohol reading three times above the legal limit increases the crash risk by 380 times.

"The clear message though is that any ethanol consumption degrades judgment, cognitive [function], reaction times and other skills with a complex task that driving actually constitutes," he said.

On Sunday, the father of three of the four children killed, Daniel Abdallah, pleaded with drivers to be more careful.

"All I want to say is please, drivers be careful. These kids were just walking innocently, enjoying each other's company," he said.

Sienna, 9, Angelina, 12, and Anthony 13 had been walking along a footpath in Sydney's northwestern suburb of Oatlands to get some ice cream with their 11-year-old cousin, Veronique Sakr when the crash happened.

They all died at the scene.

Three other children remain in hospital; the sister of the Abdallah children and her two cousins from the Kassas family.

An online petition calling for speed bumps on long roads in Oatlands has gathered close to 2,000 signatures.

Members of the community said they struggled to understand why people would take the risk of drink driving.

"I’ll never understand drink driving. Totally selfish. Even more so with many rideshare options available now. There’s no place for it," one Twitter user wrote.

I’ll never understand drink driving. Totally selfish. Even more so with many ride share options available now. There’s no place for it & if u know people that do it, publicly shame them because it should not be an accepted part of society. RIP to those little angels. #Oatlands

"To those that don’t take drink driving seriously, then take a look at this heart breaking loss," he wrote in a message posted on Twitter.

To those that don’t take drink driving seriously, then take a look at this heart breaking loss. That piece of scum has torn apart a family and community because he thought he’d make it safely home over the limit. They’re Such a beautiful family...I’m gutted 💔🙏🏼 #RIP #oatlands https://t.co/ldjWOFdVVd

The church attended by the three families affected urged people to think and pray for them.

The church's dean, Father Tony Sarkis, said a prayer night will be held for the four children killed in the crash.

"We have been supporting the family since we heard the tragic news last night through our prayers and masses firstly and through our ongoing support by their side," Father Sarkis said in a statement.

"This heartbreaking event has touched the hearts of all the community and we ask everyone to continue to pray for the three families entrusting them to the glory of the resurrection and eternal life."

The size of the flower-adorned memorial near the crash site has been growing as mourners pay their respects.

Mr Abdallah and his wife, Leila, attended the memorial on Sunday near the Oatlands Golf Club.

Tara Anglican School for Girls in North Parramatta held a memorial service on Sunday for their students Angelina and Sienna.

The family of Veronique said they are grieving.

"Words cannot describe the pain we feel for all the families impacted by this tragedy," a statement released by the family said. 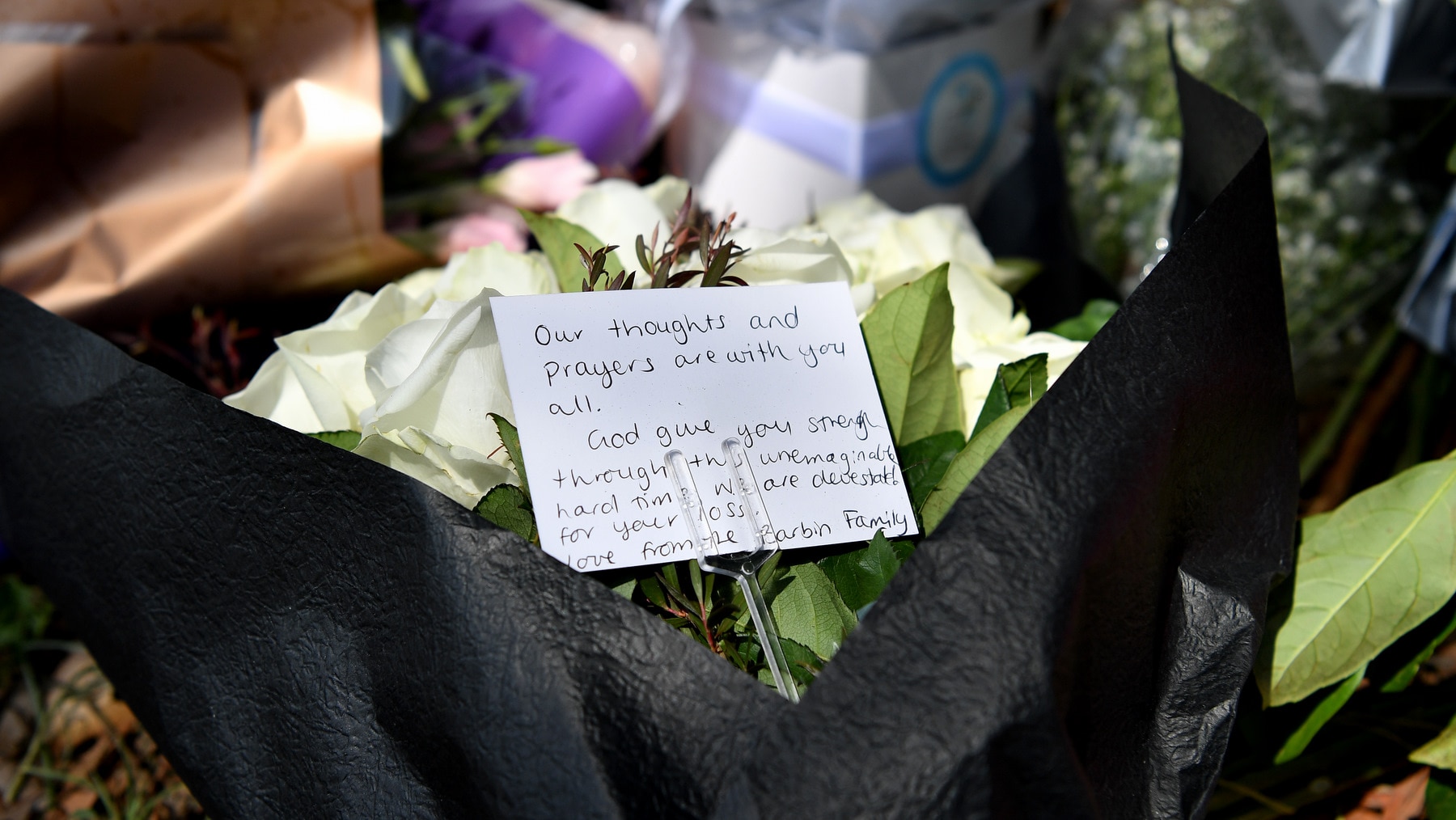 Flowers placed at the scene where seven children where hit on a footpath by a four-wheel drive in the Sydney suburb of Oatlands.
AAP

"Veronique was a vibrant 11-year-old girl, full of life, love and had a maturity well beyond her young years.

"Veronique brought us all such joy and will be forever remembered. Veronique will remain in our hearts always."

Mr Abdallah on Sunday spoke of his children, saying they each held a special place in his heart.

"I always say I was a full-time father, part-time worker," the father of six said. "They were my priority, and now they’re gone."

Antony was a basketball player beginning grade eight, who on the morning of his death dedicated his basketball game to Kobe Bryant.

Members of the community posted messages of support on social media.

Many people don’t know where Oatlands is. We are a small suburb, near Parramatta. This is a beautiful place to live, the type of place where everyone knows each other. Our community is so strong. I’m devastated this has happened and cannot imagine the pain this family is feeling. https://t.co/Ra6ywKWcmU

Three children - Anthony, Angelina and Sienna - lost in a senseless accident in #oatlands. Thoughts are with their parents Danny and Leila as they navigate through this immeasurable loss. The Lebanese community rallies right behind their family and friends. pic.twitter.com/kSMlDiRJfC

So many layers to this tragedy. All death is incredibly sad but when it comes to children, it’s a whole other level of heartbreak. May God help their parents and family through this unimaginable grief. Rest In Peace little angels. https://t.co/wZtcZXN1Bx

I am heartbroken by the loss of life in Oatlands. A shocking tragedy. My prayers and sincere condolences to the families, friends and neighbours of the children who have died or been injured. Today we all share in the deep grief of the Maronite community.

Police plan to 'prosecute to the fullest extent of the law'

The 29-year-old driver did not apply for bail when the case was mentioned at Parramatta Court on Sunday.

Samuel William Davidson has been charged with 20 offences relating to the incident.

Police said they are building a case against Mr Davidson, who recorded a blood-alcohol reading of 0.150 - three times over the limit.

"We have had a number of witnesses come forward. We have had long, lengthy conversations with those witnesses.

"And a case is building. We think we have a very strong case in relation to these charges. And we'll be prosecuting them to the fullest extent of the law."

The alleged driver is scheduled to return to Parramatta Local Court on 2 April.