The Australian national has been detained in Saudi Arabia since 12 March when he was extradited from Morocco where he was arrested.

An international human rights group has urged the Australian government to pressure Saudi authorities to reveal the location of an Australian man who has been detained in the country since March.

Osama Al-Hasani, 42, was arrested at his wife’s home in Morocco on 8 February on the request of Saudi authorities, hours after arriving from the United Kingdom to visit his newborn baby.

He was later extradited to an unknown location in Saudi Arabia, where human rights advocates say they hold grave fears for his wellbeing. In a statement on Tuesday, Human Rights Watch called on Saudi authorities to release information about the businessman and former Melbourne imam’s detention.

“The Australian government should press the Saudi government to immediately disclose the whereabouts of its citizen, al-Hasani, and press for his rights to due process and a fair trial,” the statement read.

The Australian government has so far declined to reveal whether they are aware of Mr Al-Hasani’s location and if he has received consular visits.

Saudi authorities said Mr Al-Hasani was wanted over allegations he was involved in car theft in 2015, but his lawyers have raised concerns that his detention is politically motivated.

In a letter to the United Nations, international human rights lawyer Haydee Dijkstal detailed evidence that Mr Al-Hasani had been targeted for criticising the Saudi government, giving rise to fears his freedom of expression and association had been violated. In a letter to the Australian Department of Foreign Affairs in March, Mr Al-Fagih said Saudi authorities had been monitoring the 42-year-old for several years.

“Trying al-Hasani on charges for which he was previously cleared would be yet another shameless example of the Saudi judiciary’s lack of independence and due process,” said Michael Page, deputy Middle East director at Human Rights Watch.

“Until Saudi Arabia reforms its criminal justice system in compliance with human rights norms, the likelihood is that those who fall afoul of the law will be mistreated.” 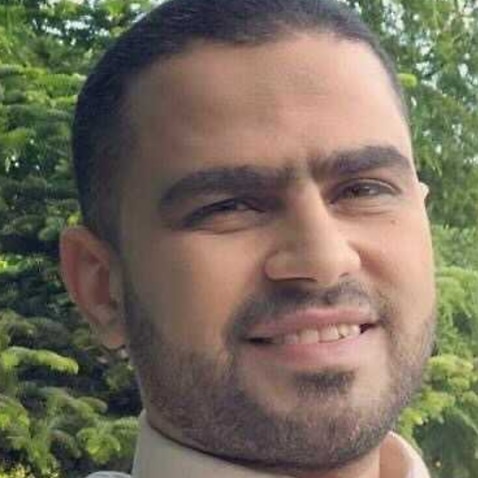 Human Rights Watch said the UN’s High Commissioner for Human Rights sent an urgent letter to Morrocan authorities on 12 March urging them to block Mr Al-Hasani’s extradition, but were informed he had already been transferred.

A court ruling over the alleged car theft also cleared Mr Al-Hasani of wrongdoing due to lack of evidence, according to the rights group.

They said an affidavit from the case, which the group said they have reviewed, found the court saw “no reason for the continuation of the search for him, the tracking of his arrival, the arrest warrant, stopping his [government] services, the international extradition request against him, and all criminal procedures against him in this case.”

Before moving overseas, Dr Al-Hasani worked as a guest imam at a mosque in West Melbourne in the early 2010s where the President of the Islamic Council of Victoria, Adel Salman, said he was “quite popular” for his recitals of the Qu’ran.

His Twitter profile, which has more than 5,000 followers, says he is an "Associate Professor of business information systems" and a "consultant for international business trade".