Welfare agencies say people in bushfire affected areas need to be able to withdraw cash, but the government says no one relying on a cashless debit card has been impacted by the disaster.

Anglicare Australia has called for welfare recipients in bushfire-affected areas to receive their payments directly, rather than have to use the cashless debit card.

In places where the cashless debit card has been rolled out, 80 per cent of a person's income can be stored on the device, known as an Indue card, preventing purchases of alcohol and gambling.

One of the trial sites is Ceduna in South Australia where bushfires triggered a power outage to 25,000 customers on New Year's Eve. Anglicare Australia executive director Kasy Chambers said it was unrealistic to expect people to rely on the card in areas where the power has been cut. 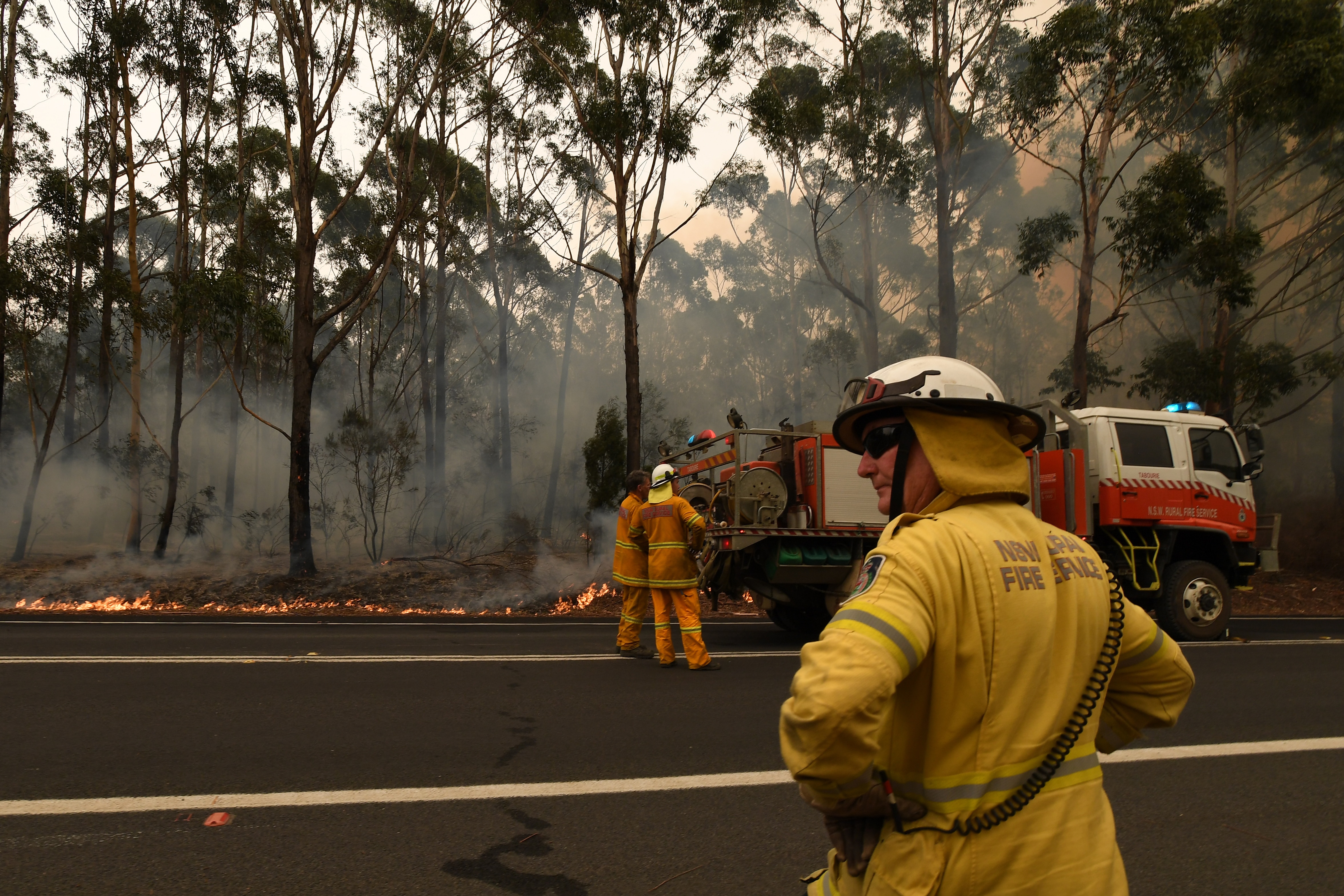 Firefighters are continuing to battle dozens of blazes in NSW, Victoria and South Australia.
AAP

But a spokesperson for Social Services Minister Anne Ruston said there had been no impact on terminal availability in trial sites as a result of the fires.

"The department continues to actively monitor the situation and will ensure that cashless debit card trial participants have access to their funds should there be an emergency situation in any of the trial sites."

Other trial sites in East Kimberley and the Goldfields in Western Australia, and Hervey Bay in Queensland are far from the bushfires.

Anyone travelling to bushfire-hit areas is encouraged to call the cashless debit card hotline for assistance.

Earlier this week, Centrelink advised people on the cashless welfare card to call them if they have been affected by fires.

"With the power out and phones unavailable, contacting Centrelink is just not an option for people in the thick of the crisis. The card must be suspended indefinitely."

Ms Chambers said Anglicare had been contacted by several people, some who had been visiting friends and families in bushfire-hit regions, who had had problems using their cashless debit card.

"It's really an inconvenience at best, huge difficulty at worst on top of an already chaotic situation when you haven't got access to pure cash to buy food.

"This is an extreme example, but it does bring home that real inconvenience and lack of dignity."

On Monday, one social media user asked how someone on the cashless welfare card was expected to feed their family.

"Are they just expected to die?" they tweeted.

In response, Centrelink said: "If anyone is in that situation, they should let us know." Mallacoota bushfire evacuees arrive at the Somerville Recreation Centre after being trapped for days.
AAP

The government has deployed mobile service centres to the NSW's South Coast and East Gippsland in Victoria to assist Centrelink customers in those bushfire affected regions.

On Monday, Prime Minister Scott Morrison announced that job seekers in fire-affected regions would be exempted from mutual obligation requirements for at least two months.

A spokesperson for the Employment Department said they were working to implement appropriate arrangements and to identify areas in which they will apply.