Protesters in Sydney and Melbourne have lobbied Qantas to end its involvement with the federal government's forced deportation of unsuccessful asylum seekers.

Protesters have held images of a Sri Lankan family who face being separated by forced deportation as they picketed outside the head office of Qantas in Sydney.

More than 20 people gathered in Sydney on Thursday afternoon calling on the airline to refuse to carry unsuccessful asylum seekers whom the federal government wants to deport.

Refugee groups released an open letter penned by prominent Australians warning carriers that being involved in deportations could seriously damage their brands. 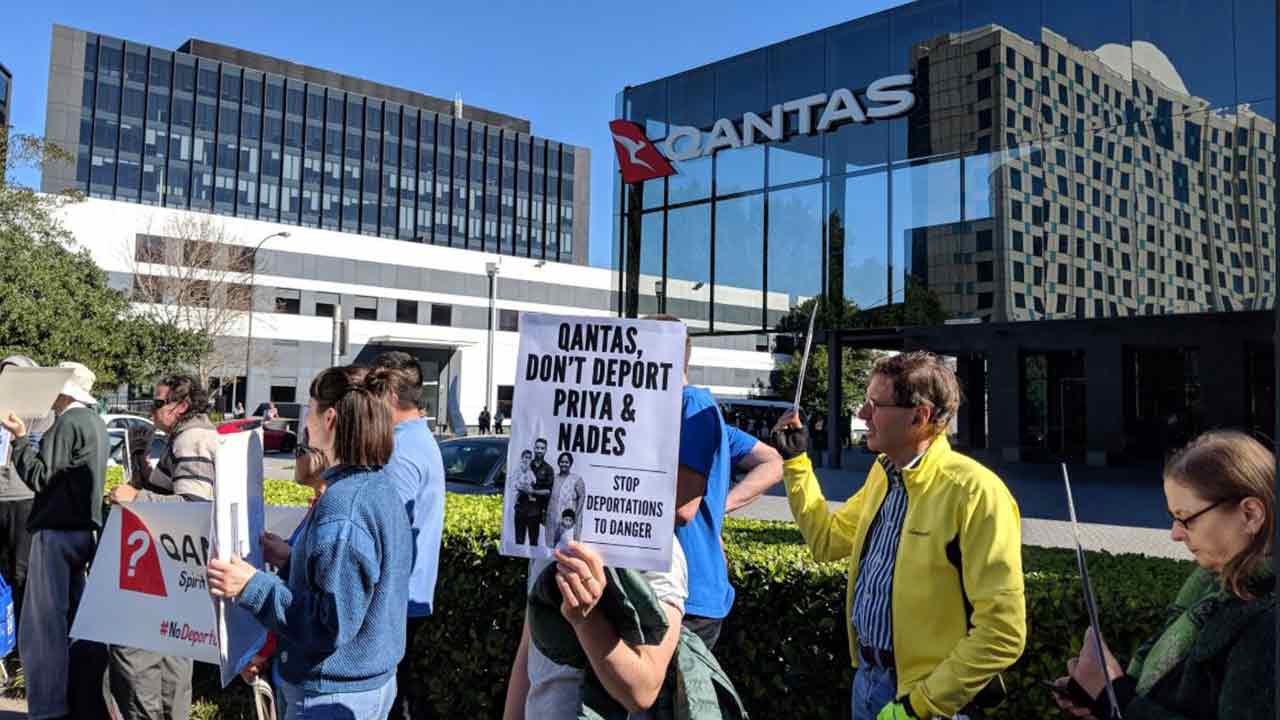 The activists are calling on Qantas to "stop facilitating the forced deportation of refugees".
Twitter @rac_sydney

"They (Qantas) did take a stand on same-sex marriage and copped a lot of flack from (Immigration Minister) Peter Dutton for that," Mr Rintoul said.

But he argued Qantas might be less willing to stand up to the Commonwealth on the deportation issue because it feared losing valuable contracts. 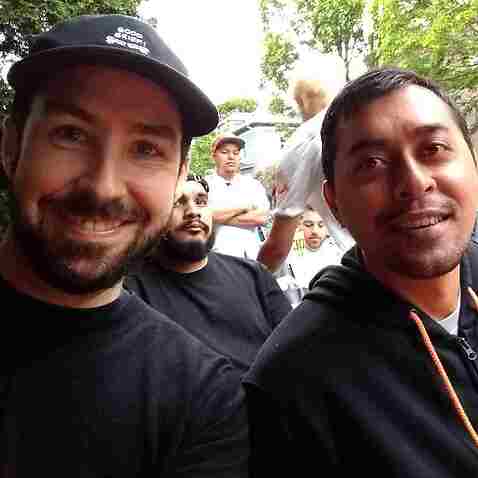 The protesters in Sydney and Melbourne specifically want Qantas not to help deport a married Tamil couple back to Sri Lanka separating them from their two Australian-born children.

"As a daughter of refugees fleeing after the Fall of Saigon I am only too-well aware of the fear and repression that can force someone to leave the country they once called home," she said in a statement read to the crowd.

"I call upon Qantas management to refuse being complicit in breaking up families."