The Israeli military action came after a rocket, allegedly fired from the Gaza Strip, struck a home in central Israel.

Hamas says it has reached an Egyptian-brokered ceasefire with Israel after a severe exchange of fire on Monday, only two weeks before Israeli elections.

"Egyptian efforts succeeded with a ceasefire between the occupation and the resistance factions," Hamas spokesman Fawzi Barhoum said.

Earlier, Israel launched strikes on Hamas targets in Gaza hours after a rocket from the Palestinian enclave hit a house near Tel Aviv and wounded seven people, leading to fears of a severe escalation. 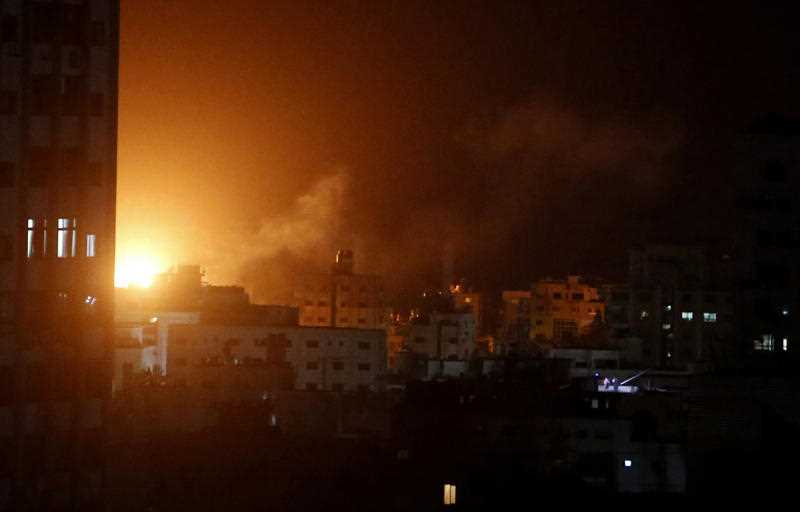 An explosion caused by Israeli airstrikes is seen from Hamas security building in Gaza City.
AP

In comments from the White House, Netanyahu said "Israel is responding forcefully to this wanton aggression."

Netanyahu said he would return home after meeting Trump, cancelling an address to pro-Israel lobby AIPAC's annual conference on Tuesday. 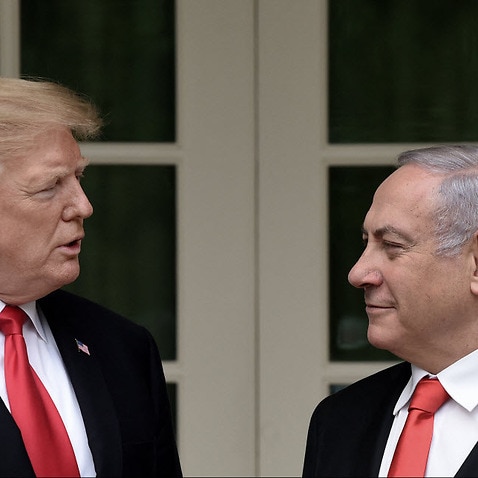 The flare-up comes at a highly sensitive time for Israel, which holds elections on April 9.

A security source in Gaza said there had so far been at least six strikes, including five in and around Gaza City and one in southern Gaza between Rafah and Khan Yunis. 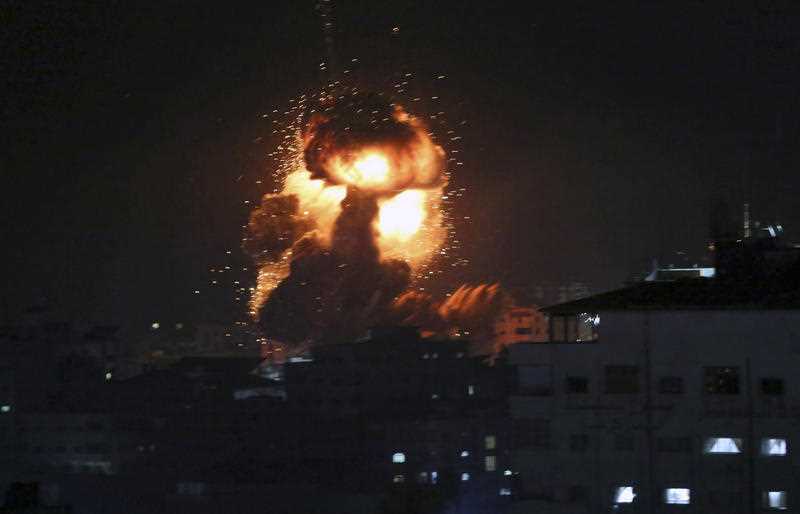 Israeli forces struck targets across the Gaza Strip in response to a surprise rocket attack.
AP

There were so far no reports of any casualties in Gaza.

Earlier Monday, a rocket from Gaza hit a house in Israel in a rare long-distance strike.

Israel's army said the rocket was fired by Hamas, the Islamist movement that runs the Gaza Strip, from the Rafah area. 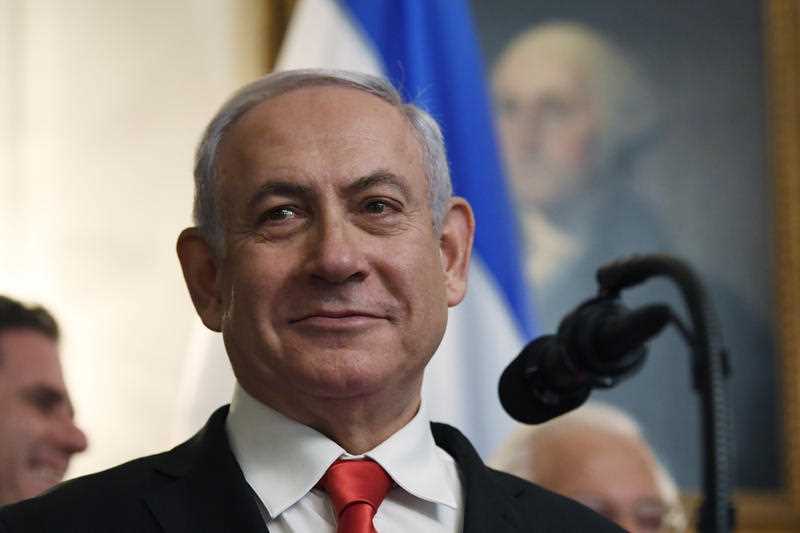 A Hamas official, speaking to AFP on condition of anonymity, denied the group was behind the rocket, evoking the possibility it was caused by "bad weather".

The official said the same message had been passed to Egypt, which has acted as mediator between Israel and Hamas.

But Israel warned of a firm response and announced it was sending two additional brigades to reinforce the Gaza area and carrying out a limited call up of reservists.

Israeli roads near the Gaza Strip were closed and farming activities in the area were halted. 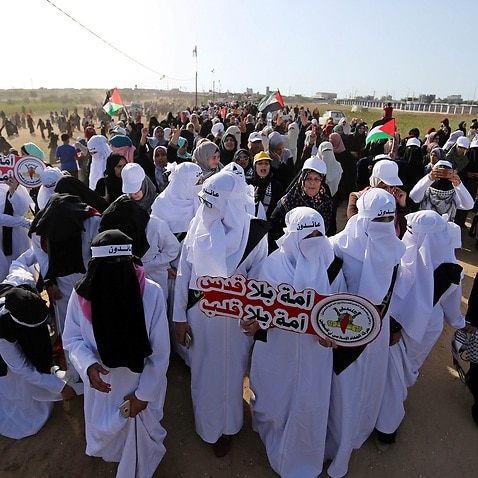 Israel also closed its people and goods crossings with the blockaded Gaza Strip and reduced the zone in the Mediterranean it allows for Palestinian fishermen off the enclave, a statement said.

The house hit was located in the community of Mishmeret, around 20 kilometres (12 miles) north of Tel Aviv, police said.

The rocket would have had to travel some 120 kilometres (75 miles) from Rafah to reach the area.

Rocket fire from Gaza at that distance is rare. 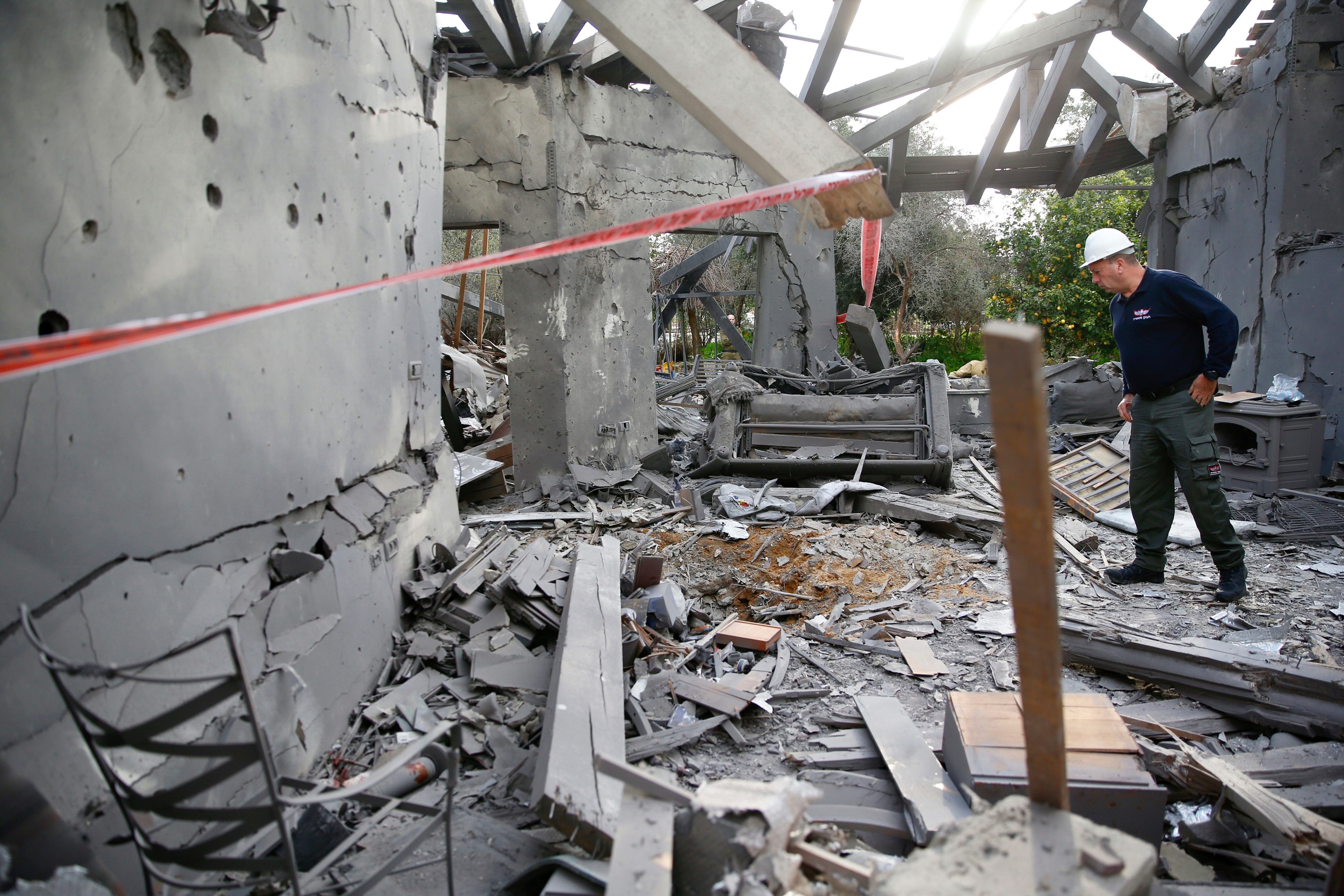 An Israeli police officer at the site of the attack.
AAP

The hospital treating the wounded said seven Israelis were injured lightly by burns and shrapnel, including three children.

One of the wounded was a six-month-old child and six of them were members of the same British-Israeli family.

The house was destroyed in the wake of the rocket and subsequent fire, with burnt wood, a children's toy and other debris piled at the site. Police spokesman Ami Ben David said air raid sirens wailed at around 5:15 am and the home's residents made their way to a safe room, possibly saving their lives.

The rocket crashed through the roof and then exploded when it hit the floor, he said.

"I woke up hearing the sound of the explosion," said neighbour Yuval Katz Lass, 18. "People were shocked and panicked."

Both Hamas and its ally in Gaza, Islamic Jihad, threatened to respond to Israeli "aggression." 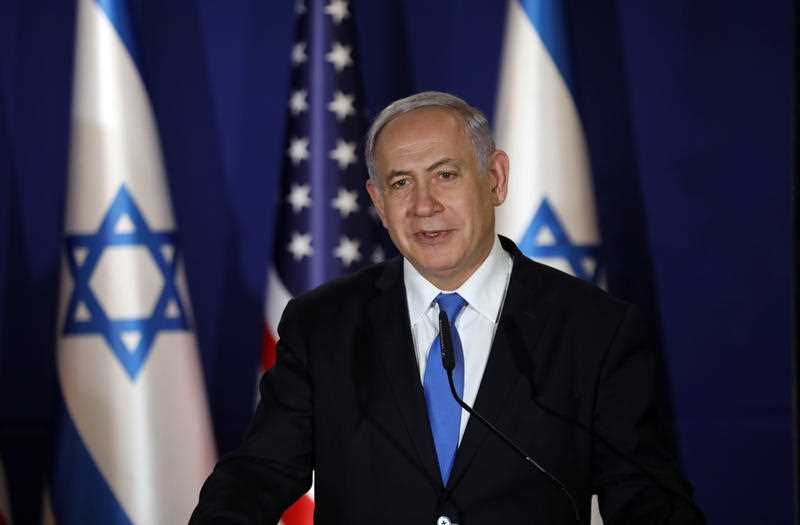 The flare-up comes after mounting tensions in recent weeks.

Israel and Hamas have fought three wars since 2008, and Netanyahu is believed to want to avoid another one with unpredictable results ahead of the elections.

But he faces a tough challenge from a centrist political alliance led by former military chief Benny Gantz and came under pressure to react firmly.

Monday's incident follows another rare one on March 14 in which two rockets were fired from Gaza towards Tel Aviv.

No damage or injuries were caused, but Israel responded to that and further rocket fire by hitting what it said were around 100 Hamas targets across the Gaza Strip.

Four Palestinians were reported wounded in those strikes. Ceasefire sparks protests in Israel and celebrations in Gaza

Both Hamas and Islamic Jihad denied they were behind the March 14 rocket fire towards Tel Aviv, raising the possibility they were launched by fringe groups.

Israel's military said they were launched by Hamas, but later Israeli media reported the army's preliminary assessment was that they had been fired by mistake during maintenance work.

The reports were a sign Israel was seeking to calm tensions. The military refused to comment on them at the time. 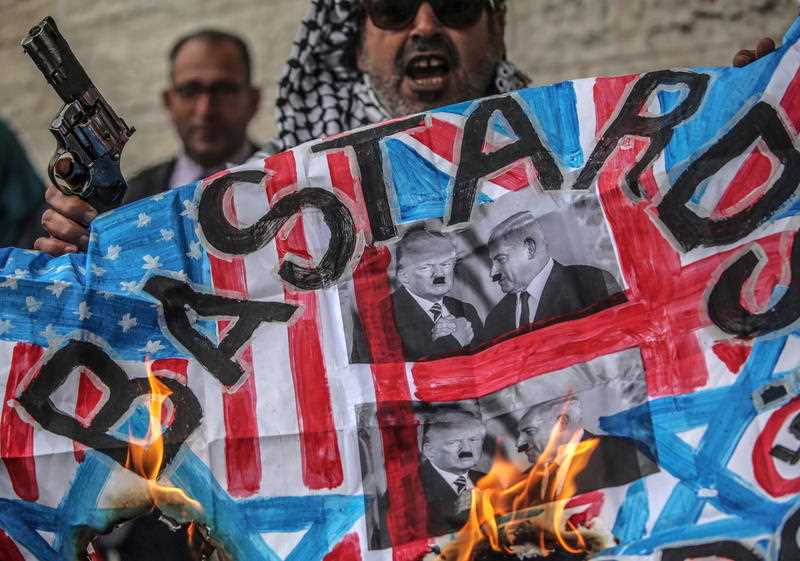 Palestinians burn defaced photos of the Israeli and US presidents during a protest in Gaza City, 25 March 2019.
AP

Monday's rocket also comes ahead of the first anniversary on Saturday of Palestinian protests and clashes along the Gaza Strip's border with Israel.

An informal truce between Hamas and Israel had led to relative calm along the border, but recent weeks have seen another uptick in violence.

Netanyahu's visit to the United States included Trump's formal recognition of Israel's sovereignty over the Golan Heights, which it seized from Syria in the 1967 Six-Day War.