The last of hundreds of visitors who flocked to Uluru to climb have returned to the ground allowing a permanent ban to come into force.

The controversial tourist climb up the sacred Uluru rock has been closed for good after decades of campaigning by traditional owners.

Rangers officially closed the climb at 4pm local time, although those still on the rock were allowed to stay there until sunset.

Traditional owners celebrated as a permanent closure sign was erected at the base of the sacred site on Friday evening.

It is now illegal to climb the rock and anyone who breaches the rule could be fined thousands of dollars.

Uluru's traditional owners have asked that no images of people climbing the rock be shown - a request SBS News is abiding by.

It's been almost two years since park managers made the historic decision to close the climb, choosing the date to mark the anniversary of the return of the land title encompassing Uluru to the traditional owners.

"It's rather emotional, having elders who picked up this long journey before I was born, to close the climb," he said.

"And now they're no longer here, but we're carrying on their legacy to close the climb. There is a bit of sadness there but also, a bit of happiness to know it will be closed."

Two rangers escorted the last ever climbers off the rock about 7pm local time.

A group of eight people held hands as they stepped off the rock together, including American Jayson Dudas from Las Vegas, who flew to Australia specifically to climb Uluru.

"This is a big thing for me, and being the last is also part of it," he said on Friday.

"I know there's a big controversy. I respect the first nations but since it's an optional thing to do I decided to do it."

Swathes of people waited in line at the base of the rock on Friday morning after high winds prevented the climb from opening at 7am as scheduled.

More than three hours later, the decision was made that dangerous conditions had eased and the first of the final climbers began their ascent.

Nelly Patterson with her painting. It represents Uluru being returned to the surrounding Aboriginal communities. pic.twitter.com/YHDC6R2Rim

Every person climbing the rock had to first pass a sign asking them to consider Uluru's deep cultural significance and to think twice about going up.

"Uluru is sacred in our culture. It is a place of great knowledge. Under our traditional law climbing is not permitted."

"I don’t want people scrambling all over the roof of St Mary’s Cathedral, so why is it okay for people to scramble all over the top of Uluru?" he tweeted.

"Uluru is precious. It has deep spiritual significance for the Traditional Owners who rightly want it protected."

The Solar family told @NITV they think the climb can be done with respect to the traditional owners.
"We're going with tender feet," pic.twitter.com/6pOG2X5gCp

This is Tjiangu Thomas, local ranger and TO. He says today is emotional for him, "Having Elders who picked up this long journey before I was born, and they are no longer here, there's a bit of sadness there." pic.twitter.com/xFNYPIoLjk

Workers will now start removing all evidence the practice was ever allowed on the iconic 348-metre high red sandstone rock.

The chain handhold, built in 1964 and later extended, enabling visitors to get up and down the sheer western face will also be removed.

But the scarring from millions of pairs of feet scrambling up the rock for decades will take a long time to erode - possibly hundreds of years or even longer. 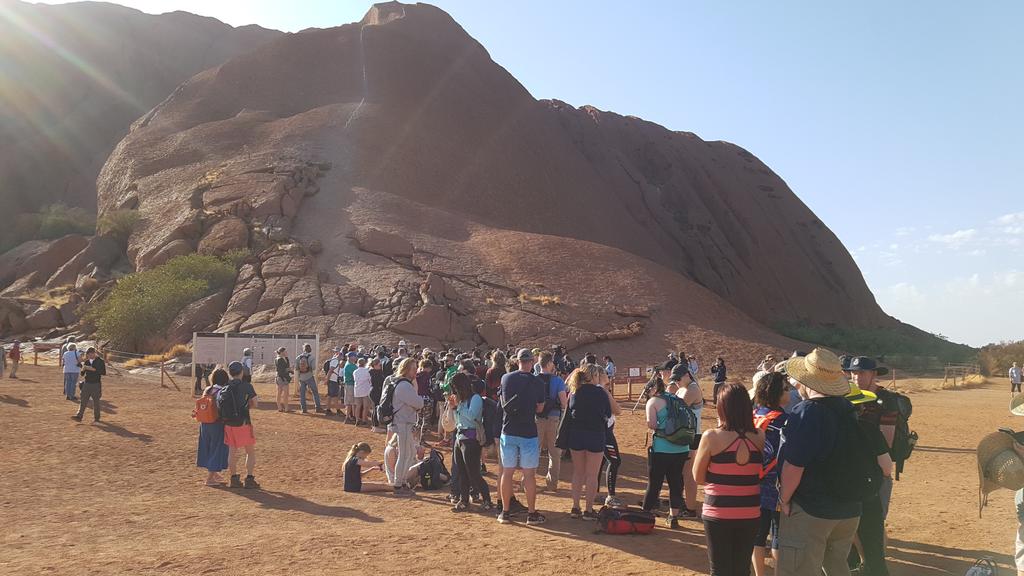 Hundreds line up to climb Uluru on the final day before the ban comes into force.
John Paul Janke/NITV
READ MORE Minister for Indigenous Australians Ken Wyatt said Friday was "a significant point in the history of this country".

"In terms of the traditional owners of Uluru having their say and having their wishes respected, even though many Australians who've disagreed with them it is a sacred site," he told ABC Radio.

Mr Wyatt said he had been disappointed by the number of people rushing to the rock in the lead up to the closure, but added that he understood that some people "want to be able to put it on their bucket list". 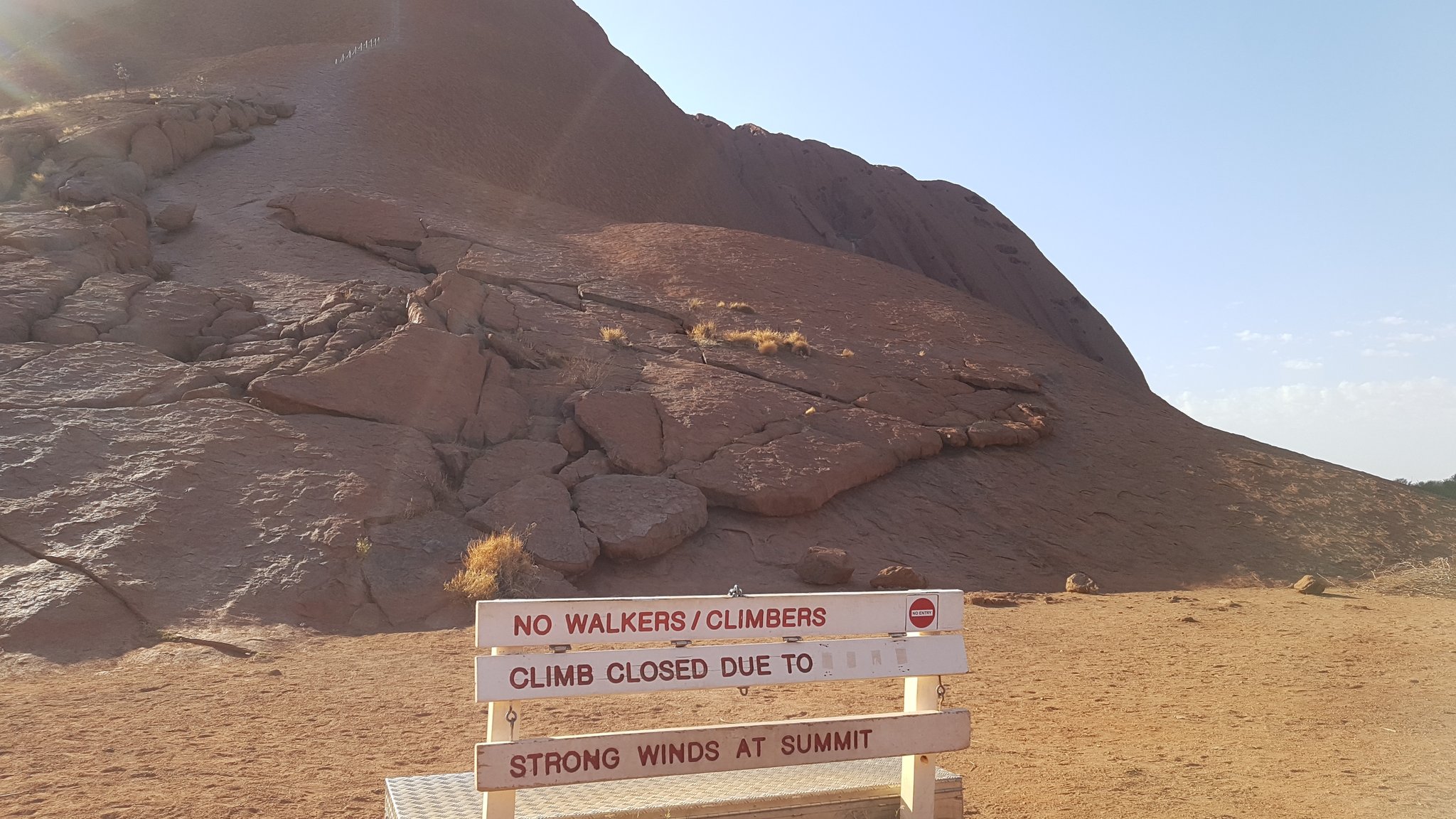 Uluru was closed to climbers for a number of hours on Friday due to high winds.
John Paul Janke/NITV

"It would be equivalent to having a rush of people climbing over the Australian War Memorial."

Marcia Langton, the chair of Indigenous Studies at the University of Melbourne, responded to a video of hoards of people lining up to climb on Thursday by tweeting "a curse will fall on all of them".

"They will remember how they defiled this sacred place until they die and history will record their contempt for Aboriginal culture," the tweet continued.

A curse will fall on all of them. They will remember how they defiled this sacred place until they die & history will record their contempt for Aboriginal culture https://t.co/0FbT1qINEl

“I’d say to the general public that, in the true process of reconciliation, upholding the values of our First Nations people is extremely important. I’d ask the Australian public to try and understand that."

Uluru's traditional owners, the Anangu people, say Uluru is a sacred site and they have been fighting to stop people climbing it for decades. 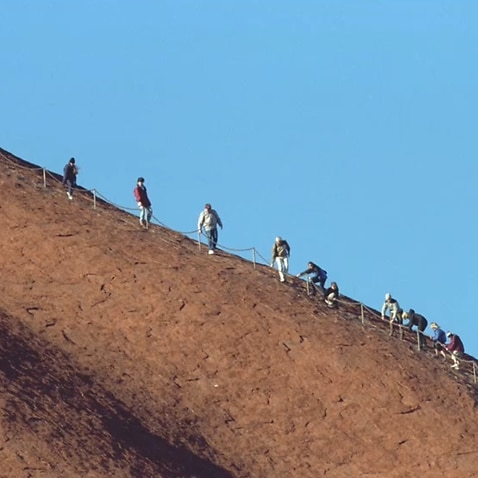 “This is not just some sort of fictitious activity of the traditional owners. It’s deep and meaningful and significant, and we need to respect that,” Reconciliation Australia co-chair Tom Calma told SBS News earlier this week.

At least 35 people are known to have died while scaling Uluru. 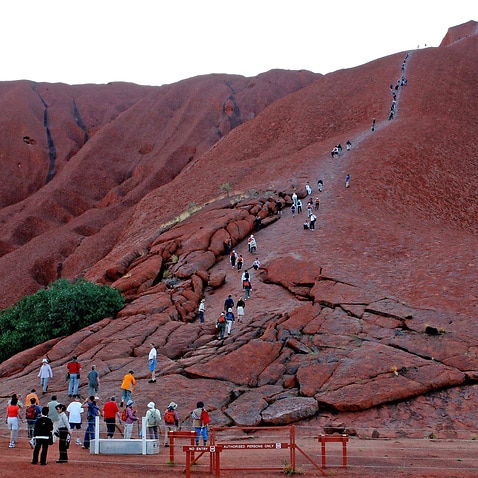 With additional reporting from Evan Young