Chechen strongman leader Ramzan Kadyrov denied Wednesday that any homosexuals have been arrested in his Russian Caucasus republic, dismissing media reports about alleged abuse of gays.

"It's even embarrassing to talk about it. It's said there have been what are called arrests, murders, (newspapers) have even given the name" of one victim, he said. "But he is alive, in good health and is at home," he added.

Late last month the Novaya Gazeta newspaper reported that hundreds of members of the LGBT community, particularly gay men, had been detained and tortured.

Chechnya is a conservative society where homosexuality is considered taboo, and gays are at risk of being killed by relatives. The newspaper said local authorities urged the families of those arrested to kill them to "clear their honour". 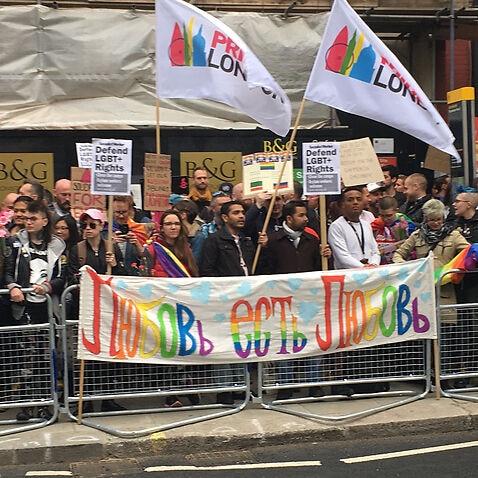 It added that at least two people were killed by relatives, while a third died after being tortured.

Gay Chechens who have fled to Moscow have told AFP of having been beaten and detained "in an unofficial prison", and said they now lived in fear of being identified and tracked down by their families.

Asked about these allegations, Kadyrov's spokesman said it was not possible that gays had suffered abuse because homosexuals "don't exist" in Chechnya.

The Novaya Gazeta report sparked outrage abroad, including from the US ambassador to the United Nations Nikki Haley who said Monday she was "disturbed by reports of kidnapping, torture, and murder of people in Chechnya based on their sexual orientation".

Prosecutors launched a formal investigation on Monday. But investigators said they had as yet received "no official complaint" from a victim, according to the Russian human rights ombudswoman Tatyana Moskalkova.