Thousands of early childhood education workers are walking off the job to push for higher wages.

Thousands of childcare workers have walked off the job in protest of low wages, as Treasurer Josh Frydenberg says the sector will be better off from government investment.

About 7000 early childhood workers went on strike on Wednesday afternoon to hold rallies across the country, causing 350 centres to close. 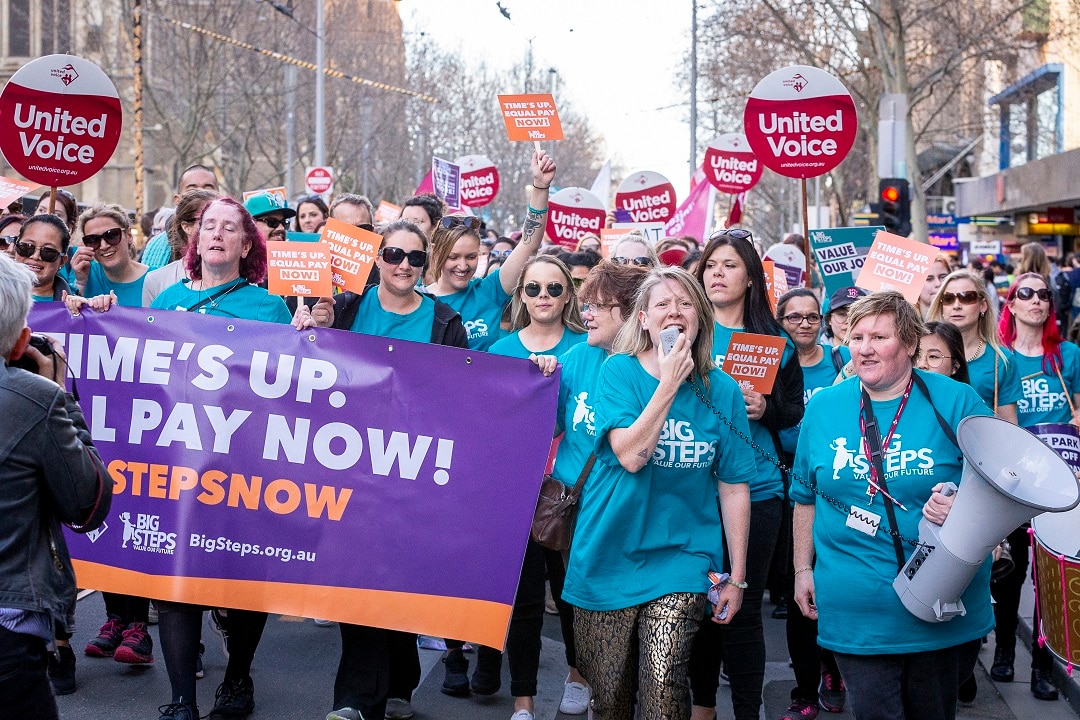 It's the fourth walk-off from the sector in 18 months.

"It's outrageous that Australia's qualified early childhood educators are earning #22 an hour," Helen Gibbons, from the early childhood union United Voice, said in a statement.

United Voice estimated the strike would have affected up to 40,000 parents and said it's put the government on notice.

But the federal education minister Dan Tehan says the government does not set pay rates for the industry.

"The federal government does not own or run childcare centres and does not set pay rates in the industry," he told AAP.

Treasurer Josh Frydenberg said the government was investing record amounts into the sector.

The federal government recently introduced an uncapped childcare rebate system, where households with an annual income under $186,958 will no longer face a cap on the rebate paid each year.

Both parents must be working, studying, volunteering or searching for work at least eight hours a fortnight to be eligible.

Early childhood union United Voice expects the strike to affect up to 40,000 parents, and says it's put the government "on notice".

"It's outrageous that Australia's qualified early childhood educators are earning $22 an hour," United Voice's Helen Gibbons said in a statement.

She says the pay rate is not reflective of early childcare workers upskilling to meet higher national qualification standards.

Labor leader Bill Shorten says the sector should be treated as education instead of a "child minding service".

"We can no longer treat childcare as just a child minding service so that mum and dad can go to work," Mr Shorten told reporters in Townsville on Wednesday.