A new report from Save the Children has found that kids born in 2020 will on average experience up to 24 times as many climate-induced extreme weather events as someone born in the 1960s. 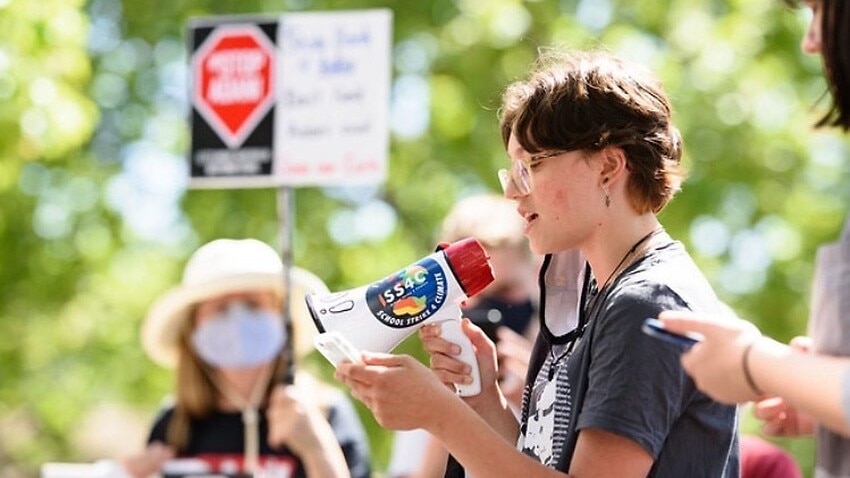 Filipino teenager Chatten Abrera was just nine years old when one of the most powerful cyclones ever recorded, Typhoon Haiyan, devastated his country in 2013.

He remembers being without power for months, and missing weeks of school.

“Thousands of homes, including our home, was disrupted at that time. Floods are basically everywhere. Dead bodies of animals are everywhere. Trees are falling down,” he said.

Children to have their voices heard ahead of COP-26

Chatten believes the Philippines is being exposed to such events more frequently because of human-induced climate change.

Now aged 15, he sees the ongoing effects of climate change every day on his country, and the quality of people's lives.

"Severe droughts and heavy rains that lead to food insecurity, landslides, deaths, malnutrition, and also the poverty rate has increased because of that,” he said. “Thousands of families, thousands of people, have lost their jobs.”

The conditions experienced by Chatten are similar to those described by young people around the world in a new report from Save the Children.

The "Born into the Climate Crisis" report, released on Monday, uses modelling for 178 countries led by researchers at Vrije Universiteit Brussel to predict how climate change will affect children born today over their lifetimes under the current trajectory of emissions.

It finds that children born in 2020 will on average experience up to 24 times as many climate-induced extreme weather events as someone born in the 1960s.

“A baby born last year in Papua New Guinea will face over ten times as many heatwaves and double the risk of fires as their elders, while children in Vanuatu who are already recovering from a barrage of devastating cyclones over the last few years will face new challenges including three times as many droughts,” said Erin Ryan, report co-author and Save the Children’s Pacific policy and advocacy advisor.

The report found that low and middle-income countries will be disproportionately affected, even though they contribute less to global emissions.

It also found natural disasters will occur more regularly in those countries and perpetuate existing inequalities such as poverty, discrimination, access to health and education, malnutrition, and exploitation.

Ms Ryan said the research found Australian children will not be immune to the ravages of global warming either.

“In Australia, the report finds that children born in 2020 can expect to experience over four times as many heatwaves, over three times as many droughts, as well as a 30 per cent increase in exposure to bushfires,” she said.

Ella was one of the thousands of Australians affected by the Black Summer fires of 2020, when she had to evacuate from a camp in regional Victoria.

"It just felt so real, like I know fires happen all across Australia and I know about the 2009 bushfires in regional Victoria which was really scary, but to actually be in the thick of it and to not know what was going on, it was really scary, and it kind of just instilled in me how urgent this is and how important it is that we all take action,” she said.

Ella is Australia's Youth Delegate at the Youth4Climate summit, the United Nations youth climate summit being held in Milan this week.

The event takes place ahead of the UN's COP26 global climate talks in Glasgow in November, where world leaders will outline how they will limit global warming to 1.5 degrees Celcius.

Ella said she and her peers are expecting their voices to be heard.

"I think my generation is very angry, and we're just so frustrated. You can't just sit there anymore and watch nothing change," she said.

"I want to see drastic change happen and for the voice of young people to be shared at this event - and for change to actually come out of this."

Ahead of the Glasgow summit, Australia has been under mounting pressure to commit to net zero emissions by 2050 and also improve its 2030 goals, in line with the international community.

Ms Ryan said the Save the Children report has found that limiting global warming to below 1.5 degrees will significantly reduce the dire climate consequences for future generations. That includes a 45 per cent reduction in heatwaves, 39 per cent fewer droughts, and 10 per cent fewer wildfires over the lifetime of a newborn child.

She said children must be at the centre of the world's climate solutions.

Back in the Philippines, Chatten said he is worried about his future.

“If people - especially those leaders who are the most powerful ones - don't take any action to tackle climate change, we will be expecting a completely miserable future. Especially for young people, because they are the most vulnerable ones,” he said.