Troops have been deployed onto the streets of Santiago for the first time since Augusto Pinochet's military dictatorship.

Chile ordered an overnight curfew for the third day in a row as violent protests and looting that left 11 people dead over the weekend raged on into the working week.

Army general Javier Iturriaga announced the curfew would last from 8pm to 6am as protests originally against a hike in metro fares turned into anger at President Sebastian Pinera and the military.

Mr Iturriaga insisted the curfew was "necessary" despite thousands of people demonstrating peacefully in the capital.

However, there were scenes of violence and looting in other cities such as Valparaiso, Concepcion and Maipu. Demonstrators clash with police launching tear gas as a state of emergency remains in effect in Santiago.
AAP

Mr Pinera said on Sunday the country was "at war" as five people died when a factory in a Santiago suburb was torched by protesters, while two women also died after a supermarket was set ablaze by looters.

Thousands of protesters - many banging pots and pans in the traditional Latin American manner - gathered peacefully in the main Plaza Italia square in the capital on Monday, chanting "Pinera Out!" and "Get out military!"

Since the worst outbreak of social unrest in decades broke out on Friday, almost 1,500 people have been detained.

"We are at war against a powerful, implacable enemy, who does not respect anything or anyone and is willing to use violence and crime without any limits," Mr Pinera told reporters on Sunday after an emergency meeting with Iturriaga, who has been placed in charge of order and security in the capital. 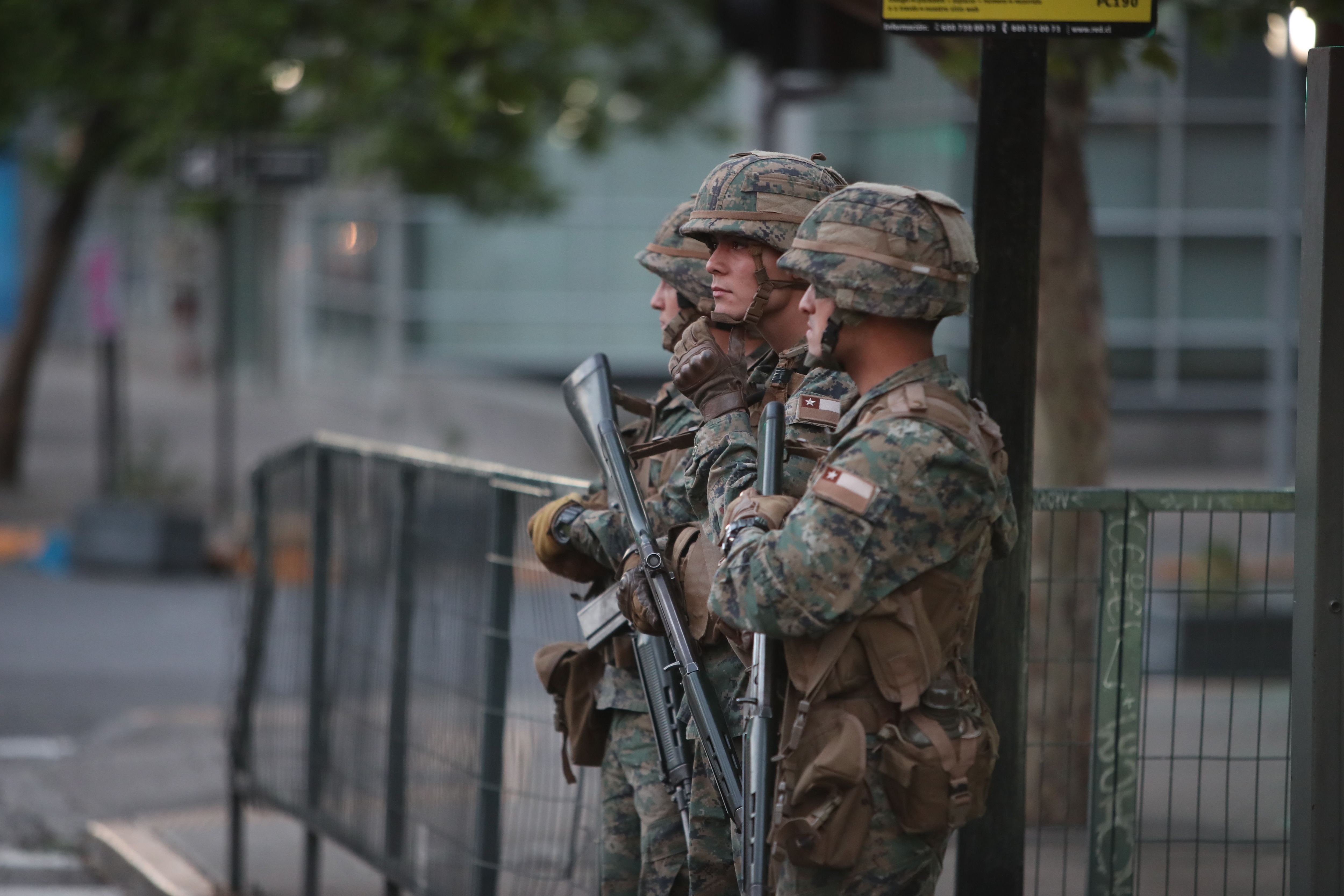 Santiago and nine more of Chile's 16 regions were under a state of emergency, Mr Pinera confirmed late on Sunday, with troops deployed onto the streets for the first time since Augusto Pinochet's military dictatorship between 1973-1990.

The clashes have seen some 9,500 police and military fire tear gas and water cannon against protesters who set fire to buses, smashed up metro stations and ransacked shops.

While metro fare hikes were a trigger, protesters are mostly angry at wider social inequality.

Long queues formed at shops, service stations and bus stops while the Santiago metro service, suspended on Friday, was partially running again on Monday as some people returned to work.

In Santiago, many employers canceled the working day, while most schools and universities remained closed. Anti-government protesters take part in a ongoing demonstrations triggered by an increase in subway fares in Santiago, Chile, 21 October.
AAP

Mr Iturriaga told reporters on Monday morning the capital was "peaceful and calm," adding that 17 supermarkets were open as well as service stations and pharmacies.

He also seemed to contradict the president, saying: "I'm a happy man, I'm not at war with anyone."

However he changed tack later when announcing the curfew while soldiers patrolled outside metro stations as tensions remained high.

Despite a growth rate that should reach 2.5 percent of GDP this year, several social indicators - such as health, education and pensions - show a large degree of inequality.

Anger boiled over earlier in the week as a protest escalated dramatically on Friday.

"You could see this coming. The government hasn't done anything. It's not just the metro fare that triggered this and ended in vandalism," sandwich seller Carlos Lucero, 30, told AFP.

Mr Pinera's Saturday announcement that he was suspending the fare increase failed to calm the rising tide of anger.

While public transport was partially restored on Monday, most shops in the capital remained shuttered and many flights cancelled at the international airport, leaving thousands of people stranded. Chilean football players including Arturo Vidal have asked leaders to listen to the people.
AAP

Authorities reported 103 serious incidents throughout the country with 1,462 people detained - 614 in Santiago and 848 in the rest of the country.

In some neighborhoods, residents donned the yellow vests made popular by French protesters earlier this year, and wielded sticks vowing to protect their homes, local shops and supermarkets.

"There were some attempted robberies in this area so we got organized to defend ourselves," Priscila, from eastern Santiago, told Canal 24 Horas.

Chile international footballer Arturo Vidal, a midfielder for Spanish giants Barcelona wrote on Sunday night: "I pray that my beloved Chile will be better."

Among the buildings torched and damaged in the violence were the headquarters of the ENEL Chile power company and a Banco Chile branch - both in the center of Santiago - and Chile's oldest newspaper, El Mercurio, in Valparaiso. 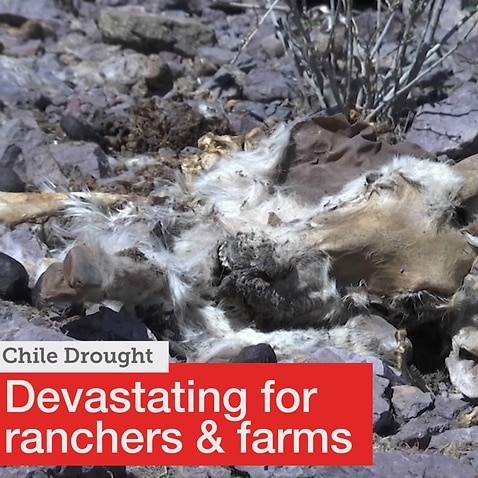 Louis de Grange, president of the state Metro S.A. company, told Canal 13 the "brutal destruction" of Santiago's metro service - South America's largest and most modern, used by around three million people a day - had caused more than $300 million in damage.

The government said the rise, which followed a 20-peso increase in January, was driven by rising oil prices and a weakening peso.

Initially, students and others responded by fare-dodging, but underlying social tensions quickly bubbled to the surface.

Although Chile has the highest per capita income of Latin America at $20,000, there is widespread frustration at privatised health care and education, rising costs of basic services and falling pensions.