An activist who campaigned for Tibetan language education has been sentenced to five years in jail in China for “inciting separatism”.

China has sentenced a Tibetan language activist and filmmaker to five years in jail for "inciting separatism".

Tashi Wangchuk had already been detained for over two years by Chinese authorities and will now spend the next five years behind bars. Retailer Gap apologises for T-shirts with 'incorrect' map of China

A court in Yushu Tibetan Autonomous Prefecture in the northwestern province of Qinghai sentenced him on Tuesday morning, according to his lawyer.

The main evidence against Tashi, who pleaded not guilty, was his appearance in a New York Times documentary talking about his campaign for Tibetan language lessons in local schools.

The video, "A Tibetan's Journey for Justice", followed Tashi as he travelled from a Tibetan area of Qinghai province to Beijing in a bid to file a lawsuit against local officials for contravening China's constitution.

In the video, Tashi complained of a "systematic slaughter of our culture". Tibetan language activists fear their language is not being passed on. Pictured: two Tibetan girls from the Gansu province.
Corbis News

Human rights groups have slammed the verdict, demanding that Tashi is released.

"Today's verdict against Tashi Wangchuk is a gross injustice. He is being cruelly punished for peacefully drawing attention to the systematic erosion of Tibetan culture," Amnesty International's Joshua Rosenzweig said.

"Tashi's treatment exposes the ruthless lengths to which the Chinese authorities will go to silence those who ask the government to stop cultural assimilation." Tashi reportedly did not advocate for a separate Tibetan state - rather, he pushed for the use of his native language in classrooms in areas where the majority of children are Tibetan.

Primary and secondary education in China is primarily provided in Mandarin, and many ethnic minorities, such as Tibetans and Uighurs, claim their culture and language are being eroded.

Beijing says it "peacefully liberated" Tibet in 1951 and insists it has brought development to a previously backward region.

But many Tibetans accuse it of exploiting the region's natural resources and encouraging an influx of the majority Han ethnic group which critics say is diluting the native culture and Buddhist faith. 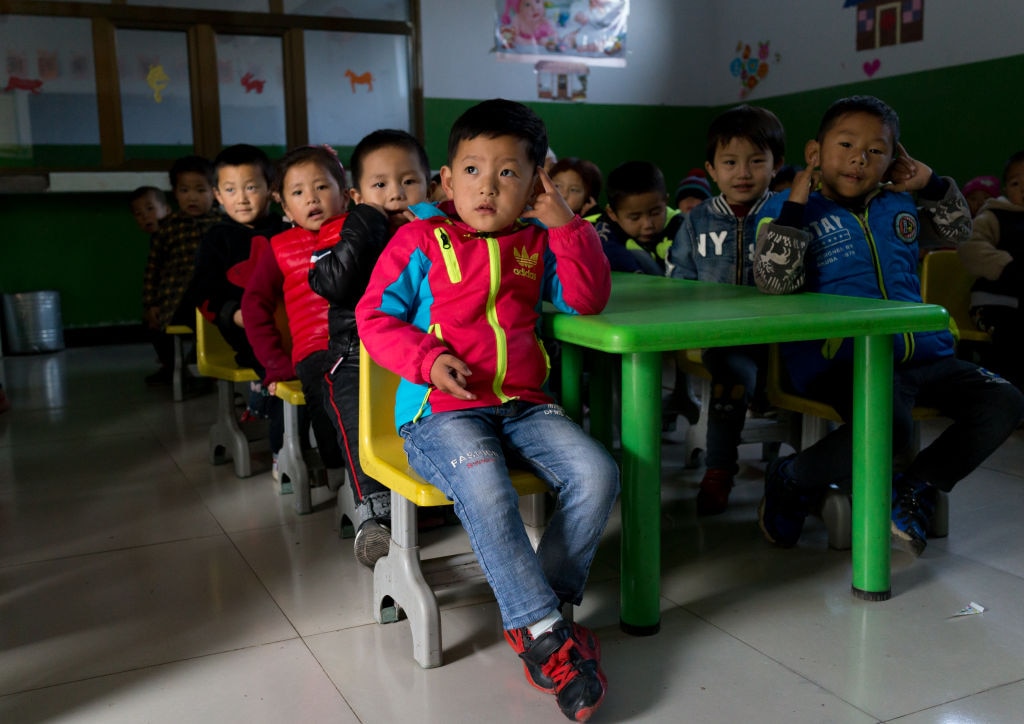 Salar ethnic minority children in a school in the Qinghai province.
Corbis News

Since 2012, bilingual education programs in areas with higher density of Tibetan people have gradually been phased out, and many schools catered to these students have closed, according to Human Rights Watch.

"His conviction on bogus separatism charges show that critics of government policy on minorities have no legal protections," Sophie Richardson from Human Rights Watch said.

"Tashi's only 'crime' was to call peacefully for the right of minority peoples to use their own language."

Tashi was detained in January 2016 and held in a secret location where he was given restricted access to his family, who were not informed of his detention until two months later.

But nearly every case that goes to trial in China - especially on sensitive state security issues - ends with a guilty verdict.

"Tashi plans to appeal. I believe he committed no crime and we do not accept the verdict," lawyer Liang Xiaojun said.