China reserves the right to use force to bring Taiwan under its control, President Xi Jinping says.

Taiwan's unification with the mainland is "inevitable", President Xi Jinping said Wednesday, warning against any efforts to promote the island's independence and saying China would not renounce the option of using military force to bring it into the fold.

Xi's comments provoked a swift rebuke from Taipei, where President Tsai Ing-wen said Taiwan's people would never willingly give up the kind of democratic freedoms unseen on the mainland.

China still sees democratic Taiwan as part of its territory to be reunified, despite the two sides being ruled separately since the end of a civil war in 1949. 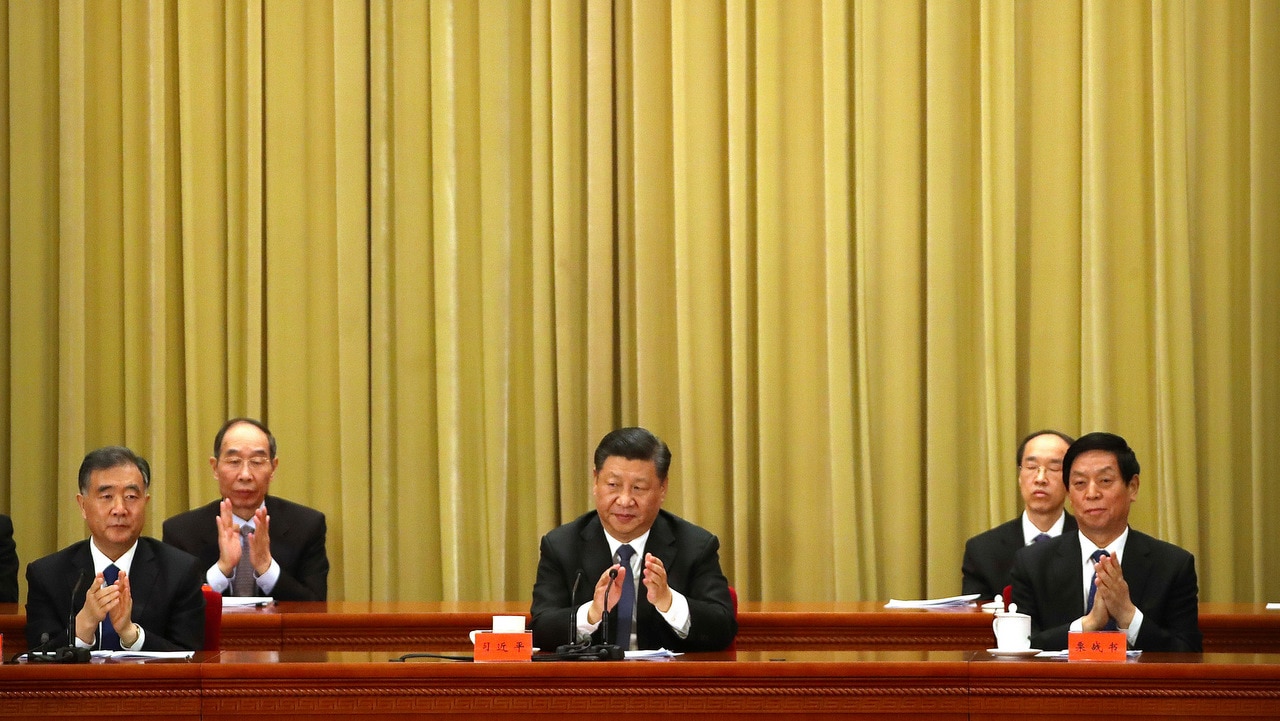 Chinese President Xi Jinping, center, applauds during an event to commemorate the 40th anniversary of the Message to Compatriots in Taiwan.
AAP

"China must and will be united... which is an inevitable requirement for the great rejuvenation of the Chinese people in the new era," Xi said in a speech commemorating the 40th anniversary of a message sent to Taiwan in 1979, in which Beijing called for unification and an end to military confrontation.

"We make no promise to give up the use of military force and reserve the option of taking all necessary means" against Taiwanese separatist activities and "outside forces" that interfere with reunification, he said.

In his speech, Xi described unification under a "one country, two systems" approach that would "safeguard the interests and well-being of Taiwanese compatriots".

Taiwan considers itself a sovereign state, with its own currency, political and judicial systems, but has never declared formal independence from the mainland.

Relations have been strained since the 2016 election of President Tsai, who has refused to acknowledge Beijing's stance that the island is part of "one China".

"Democratic values are cherished by the Taiwanese people, it's their way of life," Tsai told reporters in a press conference arranged in response to Xi's speech.

She also accused Beijing of provocations that strained people's "emotional connection" to the mainland such as "buying off" Taiwan's few diplomatic allies and increased military drills near the island. 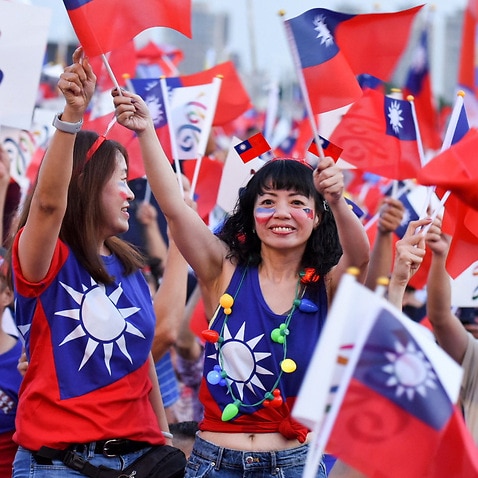 "If the Chinese government cannot treat its own people kindly, cannot guarantee human rights and will not let its own people vote... then Taiwanese will look at China's intent with suspicion," it said.

Though Xi's speech takes a strong stance against Taiwanese separatists and pushes for reunification, it is aimed mostly at domestic audiences, analysts say.

"It's rather empty and doesn't have any new points except that cross-strait unification would not affect the interests of other countries," said Fan Shih-ping, political analyst at National Taiwan Normal University, adding that Xi's words may also be intended for the US. 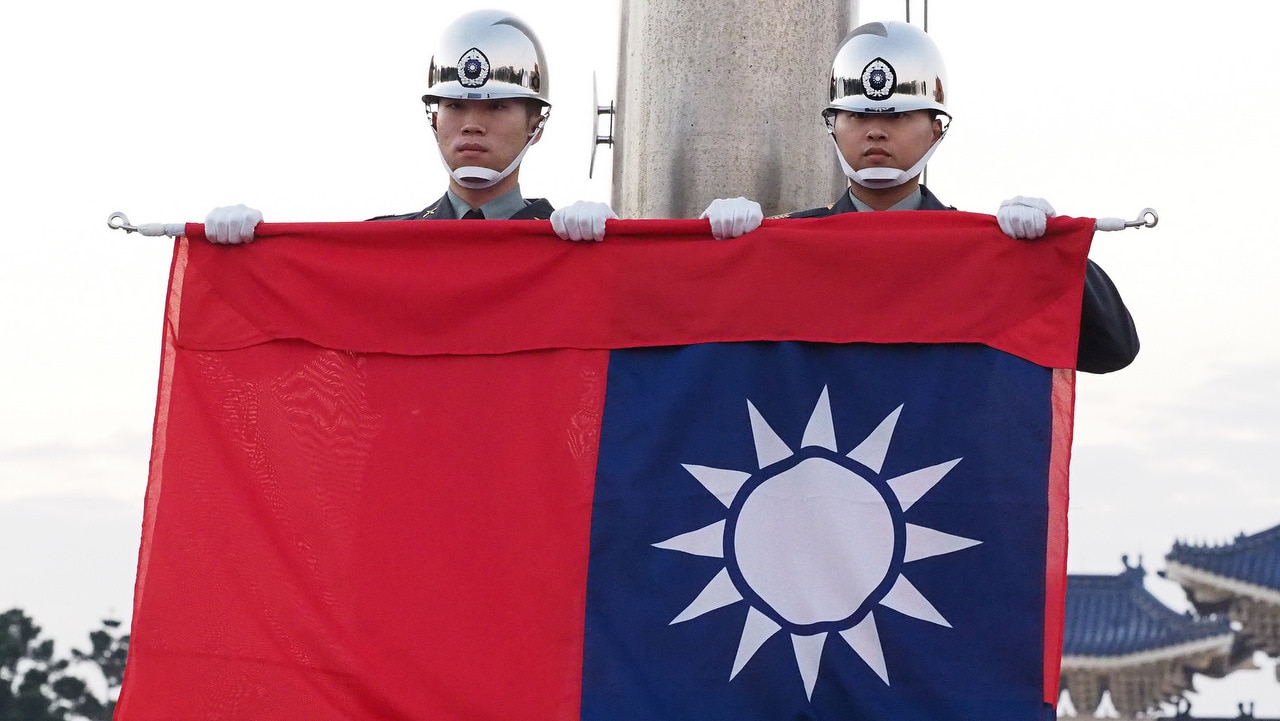 In 2018, the US sent multiple ships through the Taiwan Strait –- which China considers its territory but the US and others see as international waters open to all -- infuriating Beijing.

Washington remains Taipei's most powerful unofficial ally and its main arms supplier despite switching diplomatic recognition to Beijing in 1979.

Xi's speech is likely to be "very poorly received," by the US, said Jean-Pierre Cabestan, a professor at Hong Kong Baptist University, who studies Chinese foreign policy.

To accommodate differences in Taiwan's political system and civil society, China has proposed adopting the "one country, two systems" policy, which was implemented in Hong Kong after the British handed the city back to China in 1997.

But some say the erosion of civil liberties in Hong Kong sets a negative precedent for Taiwan.

"They (China) are gobbling up Hong Kong, not just politically but culturally and economically too", Claudia Mo, a pro-democracy Hong Kong lawmaker, told AFP.

"It's so obvious that they're trying to assimilate Hong Kong into wider mainland China in every way. How would any Taiwanese think that's going to work for them?" Last October, tens of thousands of Taiwan independence campaigners took to the streets in the first large-scale protest calling for an outright independence vote since the island first became a democracy more than 20 years ago.

But some in Taiwan say worsening relations with Beijing have harmed business, as cuts to pensions and a reduction in public holidays compound frustrations over a stagnant economy where salaries have not kept up with the rise in cost of living.