Wang "William" Liqiang is now in Sydney where he has reportedly requested political asylum.

A Chinese defector involved in spying operations in Hong Kong, Taiwan and Australia has provided a trove of intelligence on China's political interference operations to Australian officials, according to a media report.

The Nine network newspapers said the defector, named as Wang "William" Liqiang, had given Australia's counter-espionage agency the identities of China’s senior military intelligence officers in Hong Kong and provided details of how they fund and conduct operations in Hong Kong, Taiwan and Australia.

Mr Wang said he was personally involved in infiltration and disruption operations in all three territories, including the kidnap of one of five Hong Kong booksellers who were taken to the mainland and interrogated on suspicion of selling dissident materials. 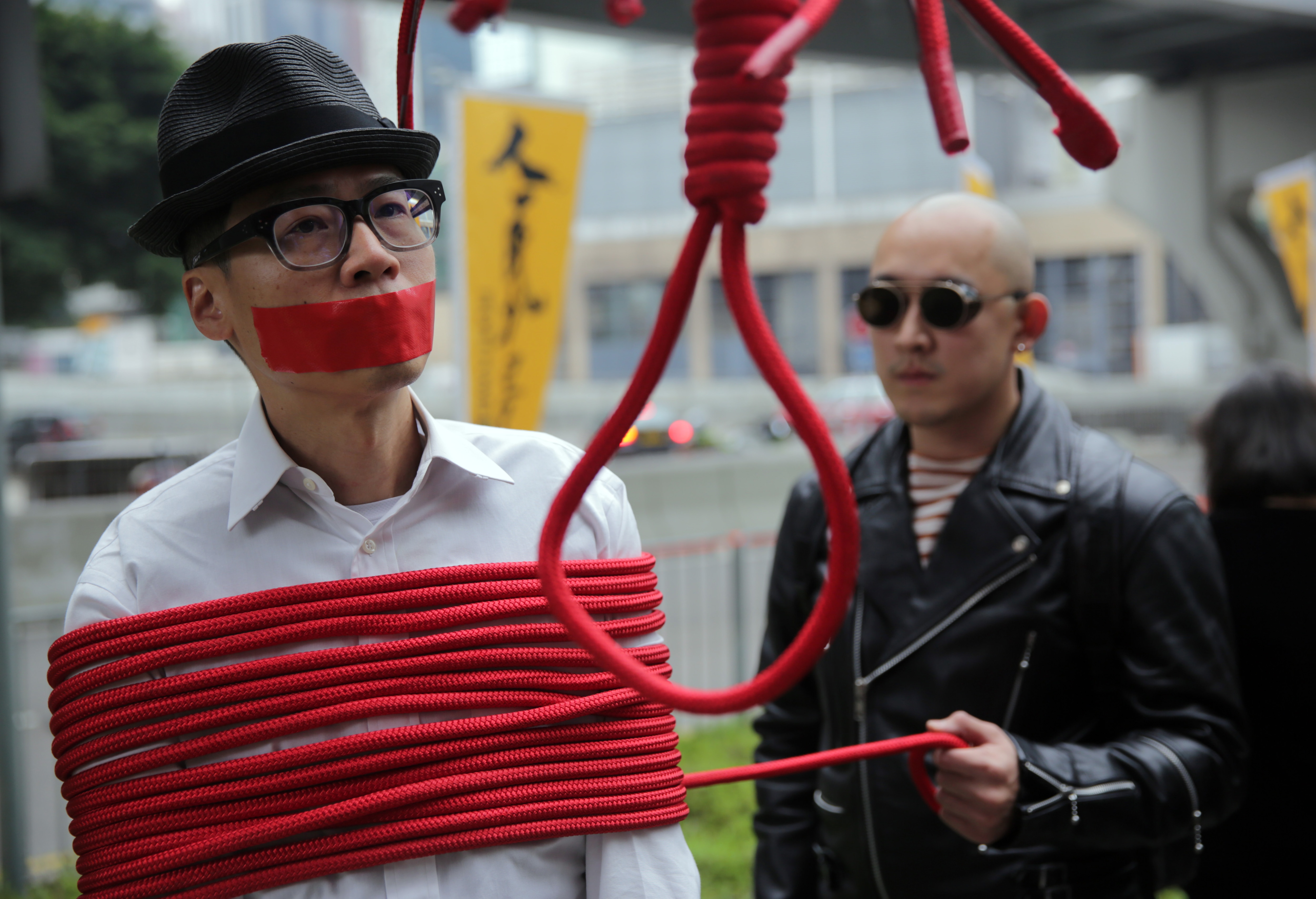 A protester is wrapped up with a rope made into a noose during a march calling for the release of missing booksellers from Hong Kong's Mighty Current publisher.
AFP

Nine said Mr Wang "revealed in granular detail" how Beijing covertly controls listed companies to fund intelligence operations, including the surveillance and profiling of dissidents and the co-opting of media organisations.

The media outlet also said Wang was currently living in Sydney with his wife and infant son on a tourist visa and had requested political asylum.

Executed if returned to China

Mr Wang also said that he would be executed if he returned to China.

"Once I go back, I will be dead," he says through a translator in a clip from 60 Minutes.

According to the organisation, Mr Wang gave a sworn statement to the Australian Security Intelligence Organisation (ASIO) in October saying: "I have personally been involved and participated in a series of espionage activities."

This allegedly included infiltrating Taiwan under an assumed identity and with a South Korean passport to run local operatives in efforts to meddle in 2018 municipal elections and presidential polls due next year. 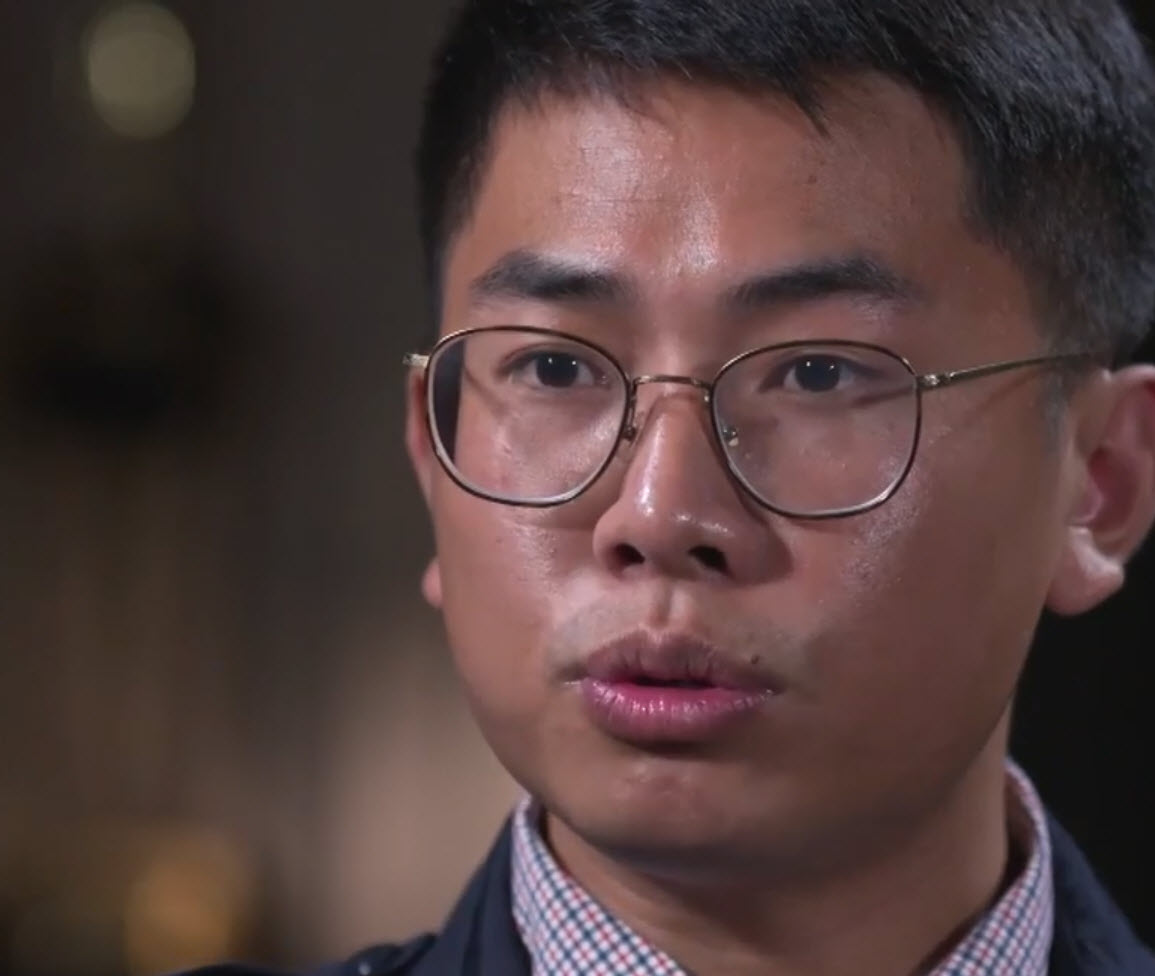 In Hong Kong, Mr Wang said he was part of an intelligence operation hidden within a listed company that infiltrated Hong Kong’s universities and media to counter the pro-democracy movement.

He said his role in the clandestine organisation including infiltrating all Hong Kong universities and directing bashings and cyber attacks against dissidents.

Mr Wang claimed to have had responsibility for recruiting mainland students to infiltrate Hong Kong universities and student associations.

"I influenced them with patriotism, guiding them to love the country, love the Party and our leaders, and fight back strongly against those independence and democracy activists in Hong Kong," he said.

"They found out information about those pro-independence activists . . . and made public all their personal data, their parents’ and family members'," he was quoted as saying. Mr Wang also reportedly said he had met a high-ranking intelligence operative he believed was conducting spy operations in Australia via a front company in the energy sector.

"He told me at the time he is based in Canberra. I know his position is very important," he was quoted as saying.

The report did not provide additional details on operations in Australia, but is likely to exacerbate already high alarm over Chinese espionage and influence operations in the country.

ASIO warned earlier this year that the threat of foreign interference was "unprecedented" and that the number of foreign spies in Australia was higher than during the Cold War. The agency has never publicly named China in its warnings.

But the former head of the agency, Duncan Lewis, who retired in September, said in an interview published Friday that China wanted to "take over" Australia's political system with an "insidious" and systematic campaign of espionage and influence-peddling.