Four decades ago, 10 visitors from China arrived in Australia each week. During 2016, the same number arrived every five minutes.

More than one million Chinese visitors to Australia have delivered the local tourism industry a record year in 2016.

In total, 8.3 million visitors came to Australian for a short-term stay during the year - up by almost one million on 2015.

New Zealand was the largest source country for arrivals - 1.3 million Kiwis crossed the Tasman Sea for trips in 2016. Over the past decade, New Zealand visits have grown by a quarter.

Second on the list, and closing the gap on New Zealand, was China with 1.2 million. In the past decade, Chinese tourism has grown by 284 per cent.

Dr Patrick L'Espoir Decosta from the Australian National University told SBS News in January that years of work positioning Australia as an attractive travel destination for overseas visitors is being rewarded as growing wealth in China and India drives tourism spending.

“People from these two countries are ready to travel, and they want to see first world countries,” he said. “You will find high-yield Chinese visitors who just want to do the high points - the rock and the reef - and stay somewhere very glamorous," she said.

"Then (there are) other people who seriously want to do the backpacker track and that's the beauty of Australia - we offer the lot.”

Jessica Noack from the Australian Bureau of Statistics Migration Analysis and Reporting Team said growth in arrivals from China has been phenomenal.

"China has almost caught up to New Zealand as the most popular source country for visitors to Australia," she said.

In 1976, 500 Chinese visitors came to Australia - approximately 10 per week on average. During 2016, more than 23,000 streamed through arrivals gates every seven days.

The growth highlights one of the significant changes in Australian tourism over the past 40 years.

The government has been developing better aviation ties with China and has been promoting 2017 as the "Australia-China year of tourism”.

It has given $629 million over four years to Tourism Australia, much of which will be spent on offshore marketing, and is currently trialling 10-year multiple entry visas.

John O’Sullivan from Tourism Australia said the tourism sector is important for the domestic economy with the passing of the resources boom, and efforts to improve visa and travel links are starting to pay off.

“It's easy to get here, there's now a new 10 year visitor visa in place for the Chinese market, we've moved to open skies in the aviation context and there’s been about a 40 per cent growth in airline capacity to Australia from mainland China," he said. 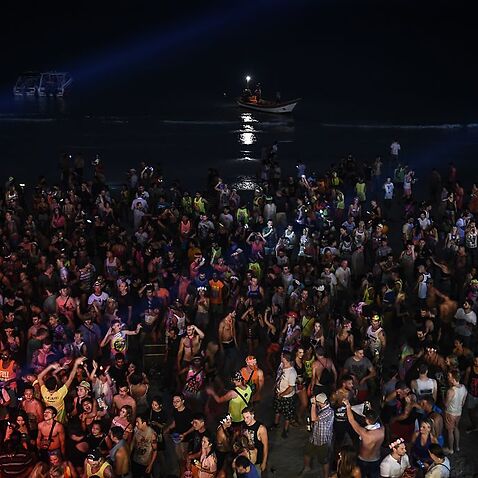