It’s been revealed almost $27 million has been spent reopening the Christmas Island detention centre this year with only four people so far detained at the facility.

The Christmas Island detention centre has cost taxpayers almost $27 million since being reopened this year despite holding just four detainees.

The Morrison government recommissioned the facility in February, over fears of an influx of asylum seekers tied to changes to refugee medical transfer laws.

Home Affairs Department officials told an estimates committee on Monday that more than 100 staff have been on hand at the detention centre, which has housed the Bioela Tamil family at the centre of a legal fight over deportation since late August. This government has spent $30 million to detain just four people - the Biloela family, who built a life here in Australia. pic.twitter.com/o8Lk8WN6wL

“We’ve spent in the region of 30 million to detain four people for a couple of months is that right?” Senator McKim asked.

“Senator it wasn’t re-established for the purpose of detaining four people,” Commissioner Outramhe told the Committee.

“But you are factually accurate – what’s been spent – has been spent and there are four people in there now.” The Morrison government has argued the detention centre was required to deal with sick asylum seekers and refugees on Nauru and Manus Island, who were approved to come to mainland Australia under the so-called Medevac legislation.

The committee heard that the facility, which opened on 16 February, had incurred $26.8 million in administrative expenses to 31 August.

The Biloela family, which includes Sri Lankan parents Nades and Priya and their four-year-old child Kopika and two-year-old Tharnicaa are still being held at the detention centre.

“We’ve spent $30 million in recommissioning a facility that in fact has been used to detain four people in a couple of months – that’s an accurate statement isn’t it?” Senator McKim asked. 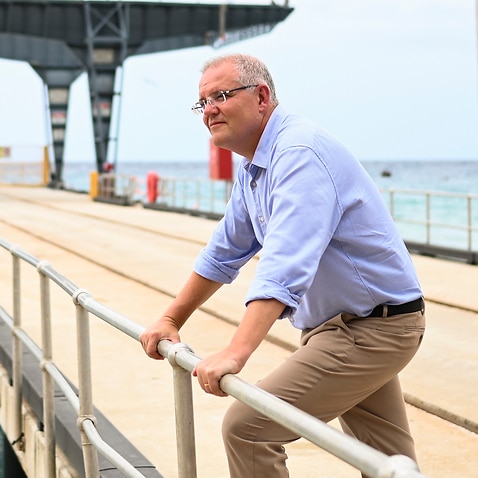 “There is over 100 hundred staff there for four detainees - is that right?” Senator McKim pressed further.

“They are not all there for the four detainees Senator … again it is your characterisation that I disagree with,” Commissioner Outram replied.

Department of Home Affairs Secretary Mike Pezzullo has defended the reopening of the facility. He labelled the original format of the Medevac laws which triggered its reopening “deeply flawed and catastrophic,” although revisions were later made. Senator McKim asked Mr Pezzullo how long the 100-plus staff would be based at the centre.

The Home Affairs Secretary said the staff would remain so long as the “deterrence posture” remained their advice to the government under its border protection regime.

“At the moment we don’t have a determinating point for that period," Mr Pezzullo said.