Australia’s Trade Minister will attend an AFL match, a business awards dinner and a food industry conference, but meetings with the Chinese government remain in doubt.

Trade Minister Steve Ciobo will land in Shanghai this week, ending an unofficial suspension of Australian ministerial visits to China that lasted around eight months.

The relationship between Australia and China has been tense in recent months with official Chinese media channels accusing the Turnbull government of “paranoia”, particularly over its foreign interference laws.

Mr Ciobo is scheduled to attend an AFL match, the Australia-China Business Awards and the SIAL China food and beverage industry conference. 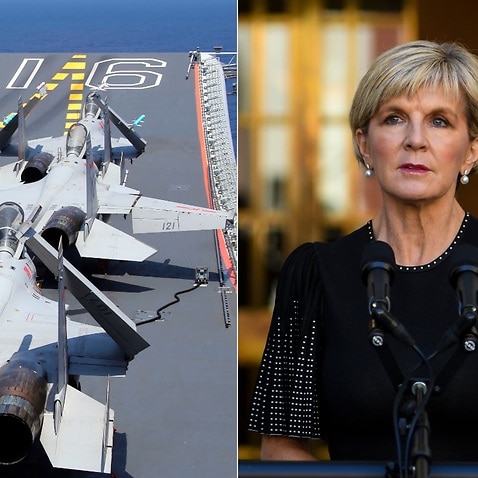 Asked if the trip could include any meetings with the Chinese government, Mr Ciobo told the Australian Financial Review he was “trying to make that happen”.

“I will only be in Shanghai, and not in Beijing, so there is less scope for meeting with government officials, but we certainly have requests in for meetings in China and I'm hopeful we will be able to get a good quality meeting at a government-to-government level,” he told the newspaper.

SBS News has asked the minister’s office for information on potential meetings with Chinese officials.

In recent days, a former Australian ambassador to China called for Foreign Minister Julie Bishop to resign, accusing her of bungling the relationship with Australia’s number one trading partner.

But Ms Bishop dismissed the remarks as “profoundly misinformed” and said “deep diplomatic engagement with China” was continuing under her leadership of the portfolio.