A war of words has broken out about the link between climate change and the unprecedented bushfire emergency that has hit NSW and Queensland.

Deputy Prime Minister Michael McCormack has lashed out at Greens MP Adam Bandt over "stupid and callous" comments linking the government's inaction on climate change and bushfires that have claimed three lives in New South Wales.

On Saturday, Mr Bandt tweeted that "words and concern are not enough ... the Prime Minister does not have the climate emergency under control".

Asked for his response to similar comments made by Glen Innes Mayor Carol Sparks, Mr McCormack instead targeted Mr Bandt for politicising the devastating bushfires.

"I abhor the comments made by the Greens Member for Melbourne Adam Bandt, who should be ashamed of himself for coming out and saying in any way, shape or form the Prime Minister or the government should be responsible in some way for the lives lost," the Nationals leader said. 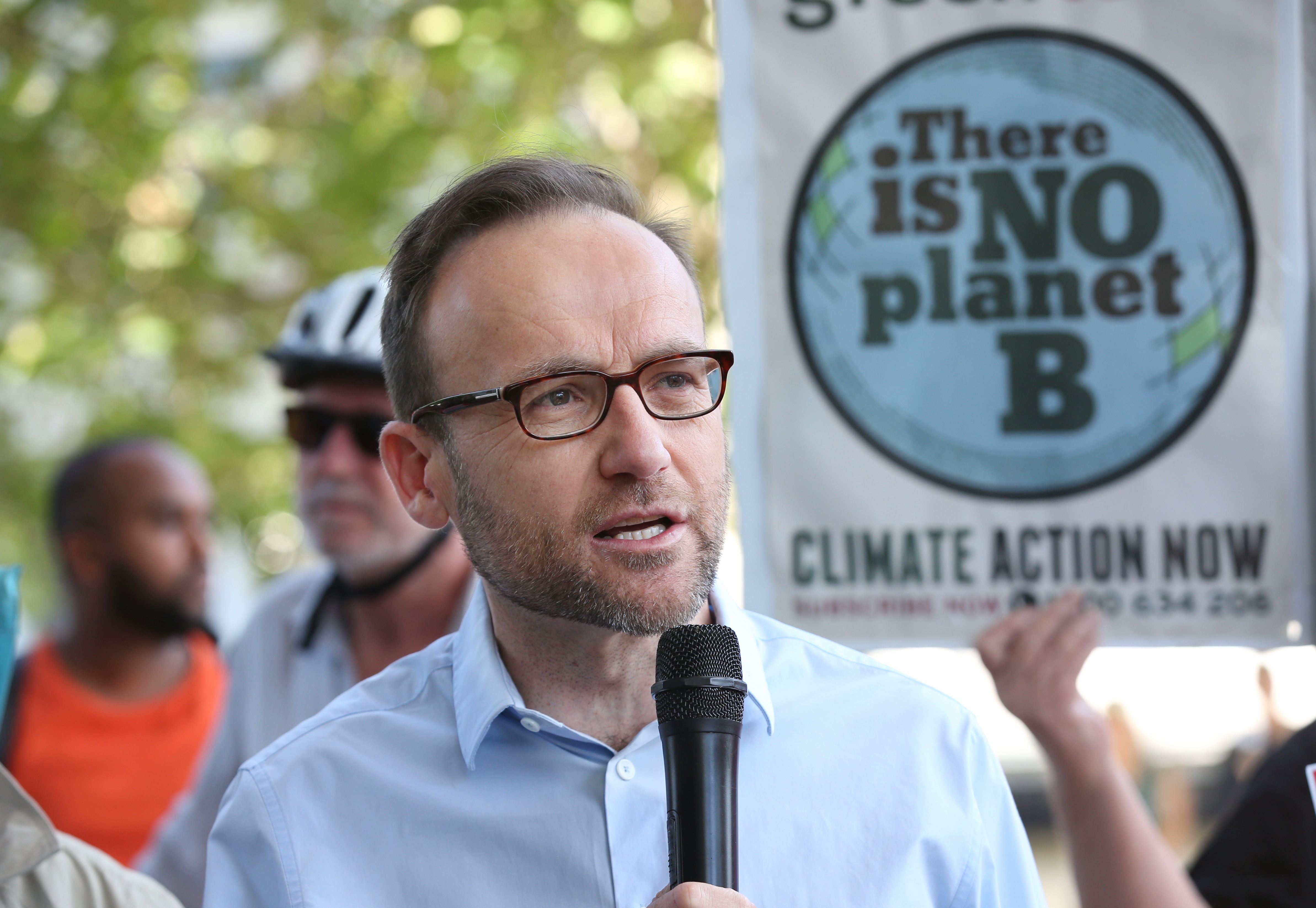 Mr Morrison was heckled by a climate change protester during a briefing from firefighters.

"Climate change is real, can't you see," the protester yelled, before being escorted out of the building.

Asked by reporters about the links between climate change and the unprecedented bushfire emergency, the prime minister refused to respond.

“I’m focused on the needs of the people in this room today, as is the Premier,” Mr Morrison said.

“[We] have firefighters out there saving someone else's house while their own house is burning down, and when we are in that sort of a situation, that is where attention must be."

Ms Bereijiklian said she was focused on “protecting life”.

“If you talk to people who are traumatised, you need to address their concerns first and foremost. We have time on our hands to talk about those other issues,” she said.

“There is a need once we get through this period to really have a look at what the science is telling us and what the experts are telling us, which is that we have had a very prolonged drought that’s been more intense than previous droughts and that this bushfire season,” he told the ABC.

“This is a very bad omen at this time of the year that we’re having these devastating fires.” 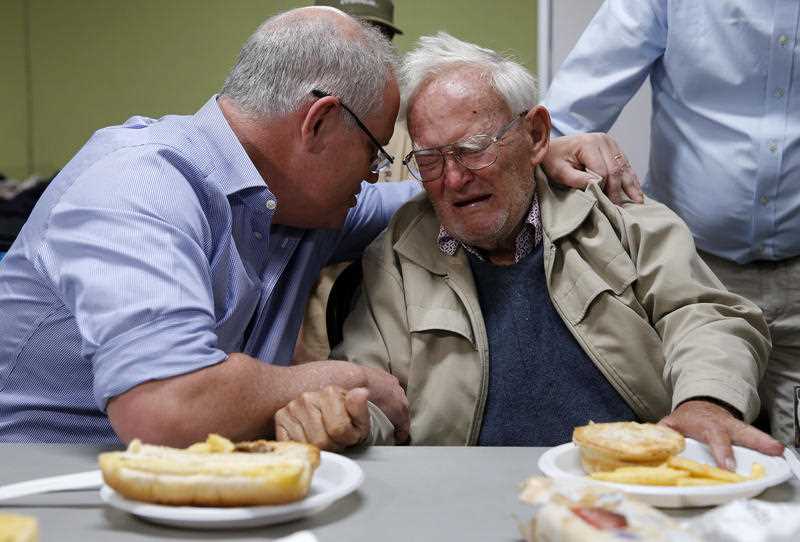 “Just because we cannot tie any one individual fire to the climate emergency doesn’t mean that those who refuse to act are not responsible for these blazes."

'Not out of this yet'

The prime minister warned of difficult days ahead for Australians facing and fighting bushfires.

"We're not out of this yet," Mr Morrison told reporters at the evacuation centre in Taree on Sunday.

"There is a long way to go and Tuesday is looking more difficult."

Despite the traumatic events of the past few days, Mr Morrison said he found the response of residents and their families as "quite inspiring".

At one stage the prime minister put his arm around 85-year-old Owen Whalan, who broke down in tears at the centre after having lost his Koorainghat property. 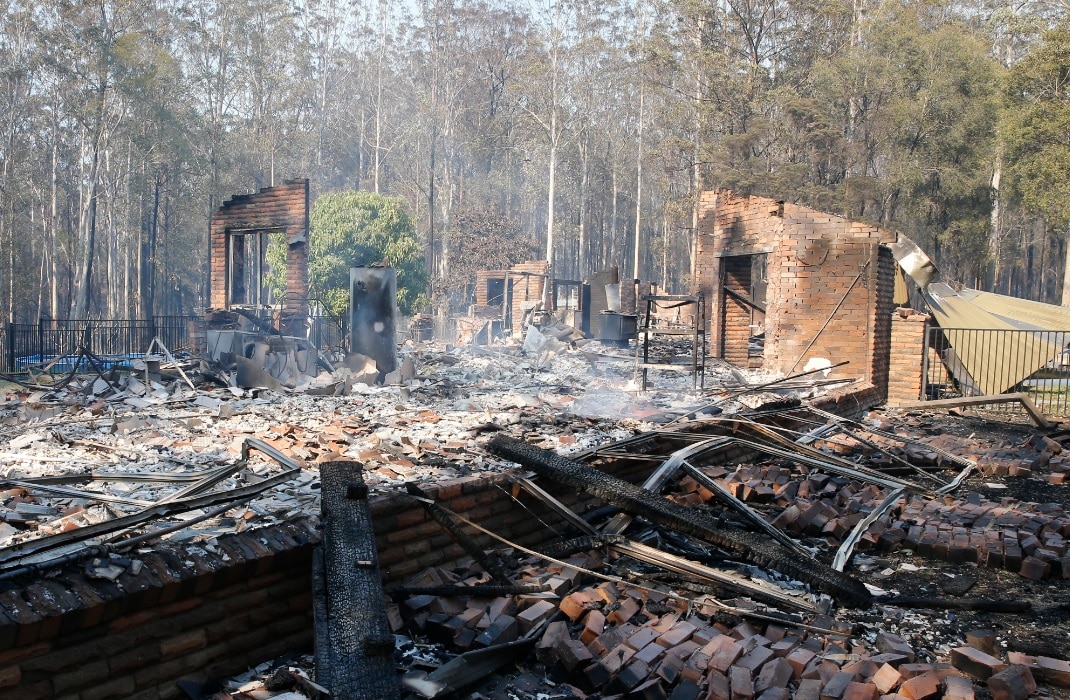 Natural Disaster and Emergency Management Minister David Littleproud said the Australian Government Disaster Recovery Payment and the Disaster Recovery Allowance would immediately put cash into the pockets of those in need.