Clive Palmer has revealed he has spent $50 million saturating Australians' TVs and letterboxes hoping to win their votes.

Mining magnate Clive Palmer has confirmed he has spent $50 million on election advertising, suggesting it's gained him traction with voters.

He also continues to insist workers from the collapse of his Queensland Nickel refinery have already been paid.

The billionaire Senate candidate’s advertising spend has been estimated at more than $30 million but Mr Palmer on Saturday confirmed it was higher. 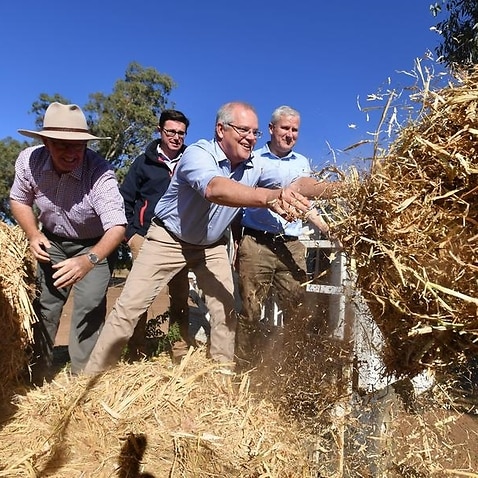 "We’ve spent $50 million, and just three weeks ago everyone said: 'Why is Mr Palmer doing this, it’s all for nothing, he won’t get any votes'," he told reporters in Clermont, Queensland.

"They’re not saying that now are they?"

Mr Palmer was again asked about entitlements owed to employees of the Townsville refinery, which collapsed in 2016 owing $300 million to creditors. The federal government covered entitlements for the 800 workers who lost their jobs. 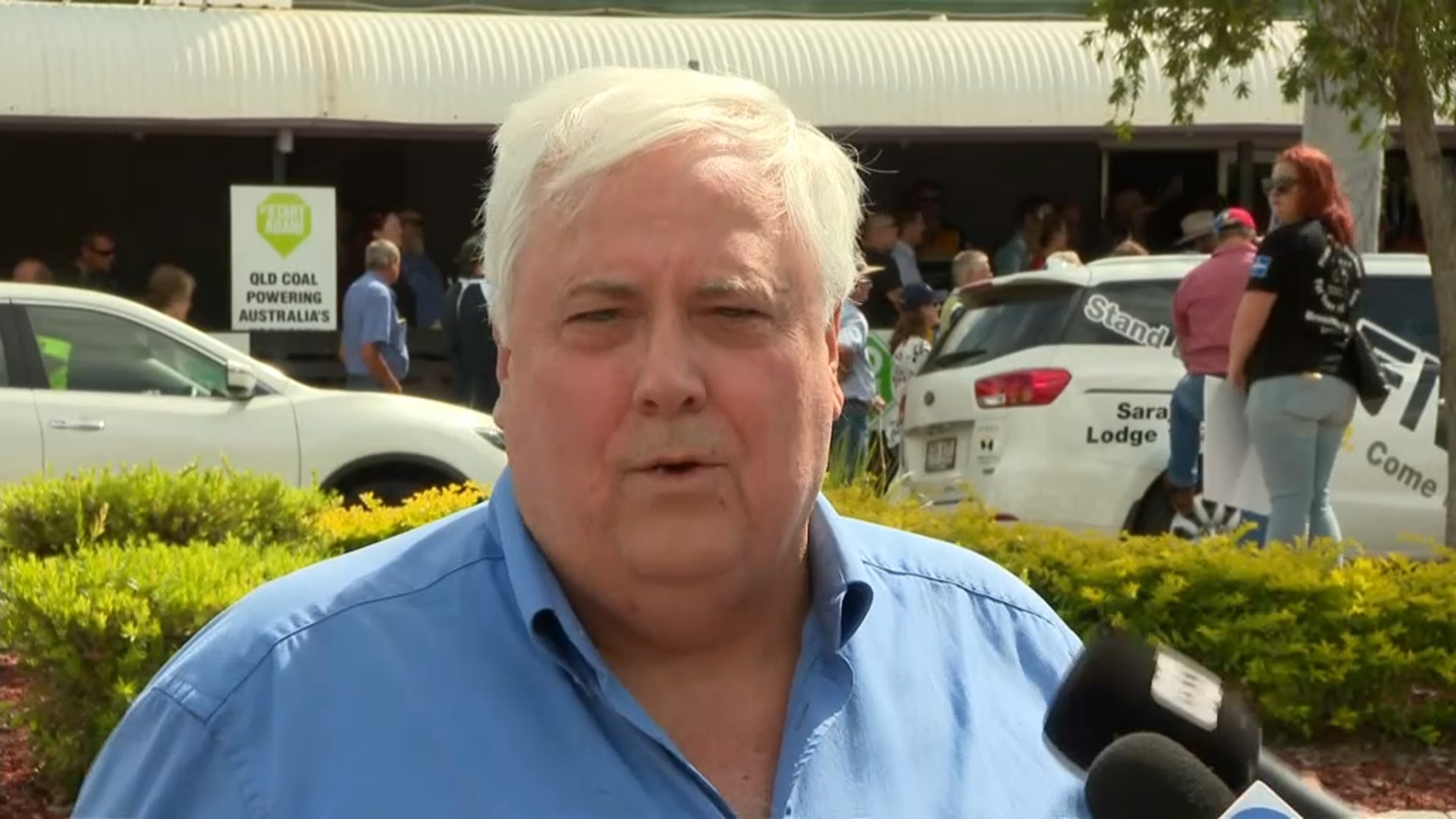 Clive Palmer at a press conference in Queensland.
SBS News
"They’ve all been repaid of course by the federal government," Mr Palmer said when asked about the payments.

"And we’ve paid $7 million to trust account of a solicitor to do a top up so that’s all been done.

Prime Minister Scott Morrison was asked whether Mr Palmer should repay the government the cost of the entitlements paid to workers.

"Clive Palmer is making his own statements on those matters," he told reporters on Saturday.

Federal Labor has described Mr Palmer as a "tosser", criticising the Coalition over reports it could do a preference deal with the United Australia Party.

"Scott Morrison had a choice between standing up for ripped-off workers or sucking up to a tosser who ripped them off and he chose the tosser. He chose Clive Palmer," Labor frontbencher Anthony Albanese said. "I think that Mr Morrison is going to learn the truth of this in this election campaign, that if you lie down with dogs, you’re going to get up with fleas," he said.

However, Labor has also been on the back foot over accusations that a Labor senator approached Mr Palmer for a preference deal with the party.

Mr Palmer insists Labor senator Anthony Chisholm spoke to him about preferences on Budget day, then followed it up with a phone call where he believed Mr Shorten was also present with senator Chisholm.

"Late last week, Tuesday I think, he said he was with Bill and was it too late to get preferences … so I regard that as an approach," Mr Palmer told reporters in Clermont.

But the mining magnate said he changed his mind about a Labor preference deal when he turned on the TV to hear comments by Mr Shorten.

"I turned on the TV and there he was…Bill Shorten attacking me, saying all nasty and terrible things about me and I thought well I’m not going to deal with that guy."

Mr Shorten says there have been "no deals from Labor" but refused to rule out whether conversations were had.

"First of all, whether or not there were conversations, I would not sign off on any deal with Mr Palmer until he resolves the issue of the tens of millions of dollars that he owes taxpayers and workers," he said. Clive Palmer: The eccentric billionaire aiming at a political comeback