Exclusive: Labor says it compromised with the Coalition to prevent a deal with One Nation, but SBS News has confirmed the other crossbenchers would have had the numbers to block it if Labor voted ‘no’.

A Morrison government welfare crackdown that will save the budget $1.3 billion over four years by making newly arrived migrants wait longer before being eligible for various Centrelink payments will only pass because of a deal with Labor.

The legislation has already cleared the House of Reps and will likely pass the Senate before parliament rises for Christmas with the support of both major parties, despite centrist crossbenchers crying foul and accusing Labor of a "shocking" deal motivated by a desire to keep the budgetary savings.

The country's leading ethnic community group, FECCA, sensationally reversed its earlier "congratulations" of Labor and its strong endorsement of the deal after a lunchtime Senate debate on Thursday confirmed the whole bill would be doomed to fail without Labor's votes.

On Wednesday, Labor announced it had finally reached an agreement with the Coalition on the long-stalled bill.

Shadow treasurer Chris Bowen said it was better to deliver amendments that watered down the “worst elements” of the bill so they could “live with” the changes, rather than opening an opportunity for One Nation and other anti-immigration senators to negotiate their own amendments.

But on Thursday morning, SBS News confirmed the numbers with crossbench senators and revealed the whole legislation would have likely failed in a 39-37 split if Labor had voted against it with the Greens and part of the crossbench.

The offices of the two Centre Alliance senators and the independent Tim Storer have confirmed they plan to vote no in the Senate on Thursday, along with the Greens.

The only senator in any remaining doubt is Derryn Hinch. SBS News understands he is still reviewing the legislation, but was expected by other opponents to join them in voting no. 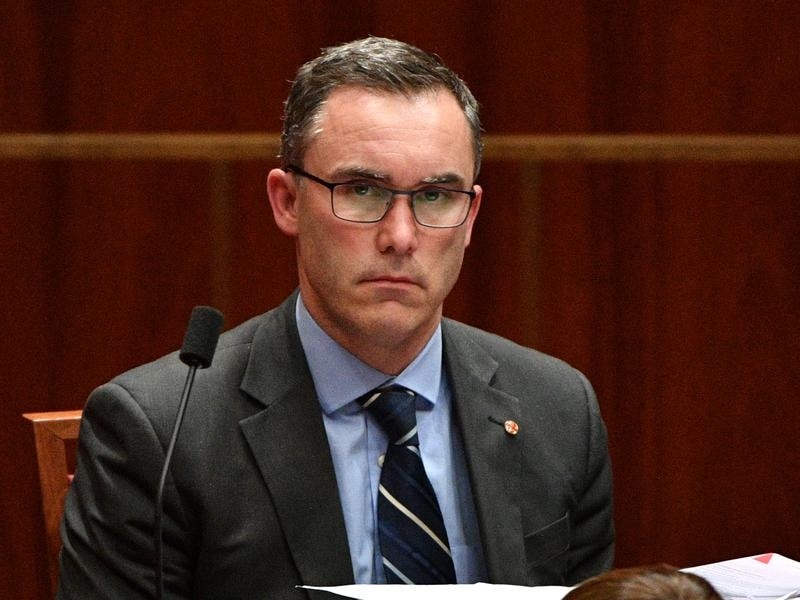 The 'no' voting senators would have numbered 38 if Labor had joined them, or 39 with Derryn Hinch.

Those votes would have been enough to defeat the legislation altogether, even if One Nation and all the other senators had voted with the Coalition.

Ethnic communities group @iFECCA is "reconsidering its position" after realising #Senate crossbench would have voted down migrant welfare crackdown.

Some fiery debate in the #senate on this. @Greens say "shame on you Labor" for a "dirty deal" with migrants. @AustralianLabor's Doug Cameron lashes out in response, saying Greens are "standing out there at the edges of politics, yelling and screaming" https://t.co/MNmfGZ8sYA

The 'yes' vote would only have got to 37 if the 31 Coalition senators were joined by the two One Nation senators, David Leyonhjelm, Cory Bernardi, Brian Burston and Fraser Anning.

Early on Thursday morning, SBS News asked Mr Bowen why a deal was done, when the opposition might have been able to side with the crossbench to vote the bill down.

“Anybody who assumes that they can predict the vote in the Senate in this building is ill-advised,” Mr Bowen said, noting that the decision to compromise with the government was "unanimous" in Labor's caucus meeting.

Later in the day the crossbench senators retaliated, accusing Labor of misrepresenting their position.

"I am shocked by what I heard from the Australian Labor Party this morning," independent senator Tim Storer told the chamber.

"To claim that they were forced to support the government on this bill because otherwise it would have passed with crossbench support is simply not true. I am opposed to this bill and will be voting against it, as are the Greens, Centre Alliance, and the Hinch Justice Party. This means that, with the opposition of the ALP, this bill will not have the numbers to pass."

Stirling Griff, from Centre Alliance, confirmed his party was “never going to support this bill”. He said Labor had chosen to “use the savings when they are in government”.

“That’s what all this is about. It’s all about the money, not about doing the right thing by migrants.”

The Greens blasted the opposition for doing a “dirty deal”.

“Did you come and talk to any of the crossbench? No, you didn’t,” Greens Senator Rachel Siewert said.

She said it was a “myth” that there could have been a worse deal with One Nation, insisting the crossbench would never have supported it.

Labor hit back at the Greens, with Senator Doug Cameron saying the party made “no difference in this place” and were “standing out there at the edges of politics, yelling and screaming”.

He said Labor had changed the bill “for the better” and taken off the “rough edges”.

Ethnic communities group @iFECCA is "reconsidering its position" after realising #Senate crossbench would have voted down migrant welfare crackdown.

Some fiery debate in the #senate on this. @Greens say "shame on you Labor" for a "dirty deal" with migrants. @AustralianLabor's Doug Cameron lashes out in response, saying Greens are "standing out there at the edges of politics, yelling and screaming" https://t.co/MNmfGZ8sYA

Under the deal with Labor, the waiting time would be still be increased, but by less, to one or two years for carers’ payments, parental leave pay and the Family Tax Benefit A.

But it would still increase significantly for Newstart from the current two years to four years. Newstart is the main unemployment payment, commonly known as the dole.

The laws will only effect skilled migrants and their families, with refugees exempted.

Greens senator Mehreen Faruqi said she and her partner had migrated to Australia with plans to work as engineers but had needed the support of social security payments "for the first few months" they spent in the country.

"We were told that there was an acute shortage of engineers in Australia and there were lots of jobs available for us. But when we got here, things were quite different," Senator Faruqi told the chamber.

While no one would give us a job, the support system in Australia at that time did recognise that migrants do need financial assistance to survive and we were provided this assistance. That was the only way we could survive for the first few months in a new country where we hardly knew anyone," she said.

"It’s pretty rich of Labor to stand here and tell us we don’t understand the complexities. Well you know what, mate, I’ve lived the complexity. So don’t dare come in here and preach to me.

Australia's peak body for ethnic communities, FECCA, told SBS News it was "reconsidering its position" on Thursday morning after realising the Senate crossbench would have voted the bill down.

FECCA said it "now believed" there were enough crossbenchers to vote down the welfare crackdown, saying thre Labor/Coalition bill would "inflict unnecessary hardship".

The group originally praised Labor's compromise deal, and Labor cited the group's endorsement as key evidence for strength of its amendments.

"They are the representatives of Australia's ethnic communities. I think they are well placed to comment and they issued a press release strongly endorsing the Labor party's approach," Mr Bowen said earlier in the morning. 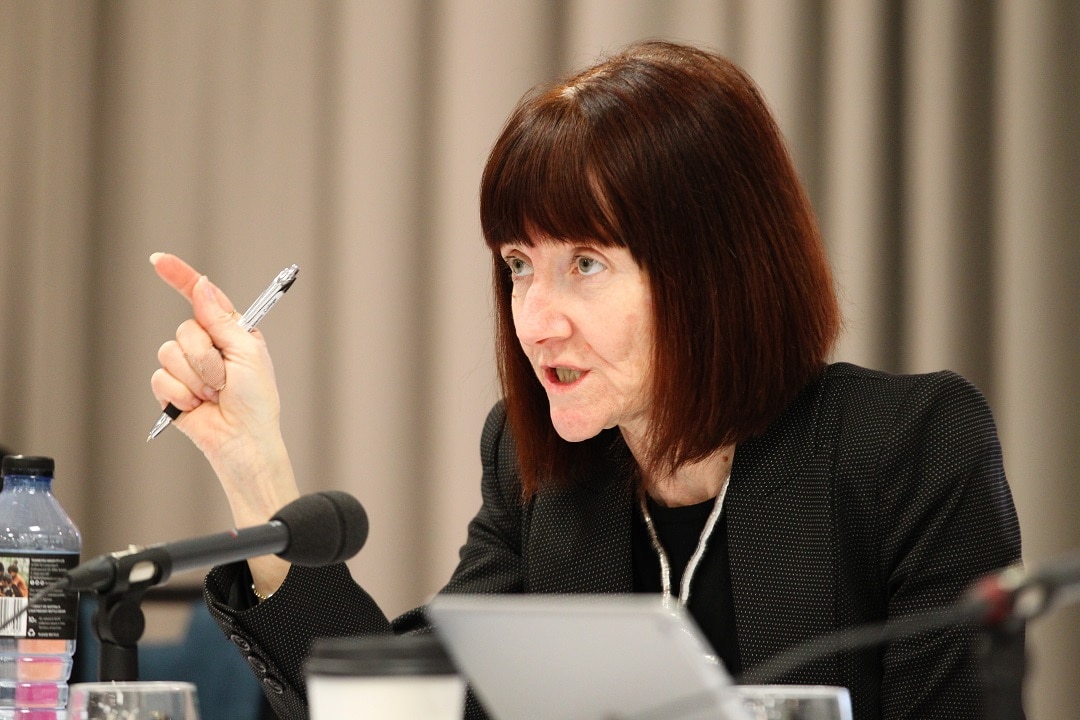 On Wednesday, in the House of Representatives, several Labor MPs railed against the bill, despite voting in favour.

Labor MP Ross Hart said the compromise would “ameliorate the harshness” of the measures but it would be “irresponsible” to cede negotiating space to One Nation.

Another Labor MP, Mike Freelander, said the bill had been improved but he was still “very concerned about young families who have children with disabilities and how they are going to cope with these draconian waiting periods.”

“This is not good legislation. It is targeting the most vulnerable and I think it is shameful,” Mr Freelander said. One Nation leader Pauline Hanson said she supported the bill and was "proud" of the Labor party for coming to the table.

But she said there "weren't deals done" between her and the Coalition. "There were no deals whatsoever," Senator Hanson said.