Coles 'Little Shop' promotion is gaining big attention - for all the wrong reasons.

Coles’ latest shopping promotion has been slammed by environmentalists as a step backward, weeks after the supermarket was praised for banning single-use plastic bags across the nation.

The Coles ‘Little Shop’ promotion, launched on Wednesday, offers shoppers who spend $30 or more a free toy-sized version of one of 30 popular household products - including Tim Tams, Weet-Bix, Nutella, Chobani yoghurt and Napisan.

Each $30 spend allows customers to claim one 'Little Shop' toy at random, the toys are not exchangeable if customers are given duplicates.

“The idea behind Little Shop is that customers can keep and collect them rather than throw them out,” A Coles spokesman told SBS News. “Each mini collectable is sealed in opaque packaging, so you won’t be able to identify the miniature it contains.

Coles has scheduled a Swap Day for August 11 (between 10am and 2pm), where customers will be allowed to trade unwanted toys if they wish.

While there has been some excitement about the promotion, the feedback from environmental groups is that it’s a step backwards after Coles recent push to be more environmentally friendly.

Jayne Paramor, Deputy Director of the Boomerang Alliance – a group who has been instrumental in calling for a nationwide ban on single-use plastics in Australia – said she was “disappointed” by the promotion.

“It feels as though this has not been put through a sustainability lens at all,” she told SBS News. 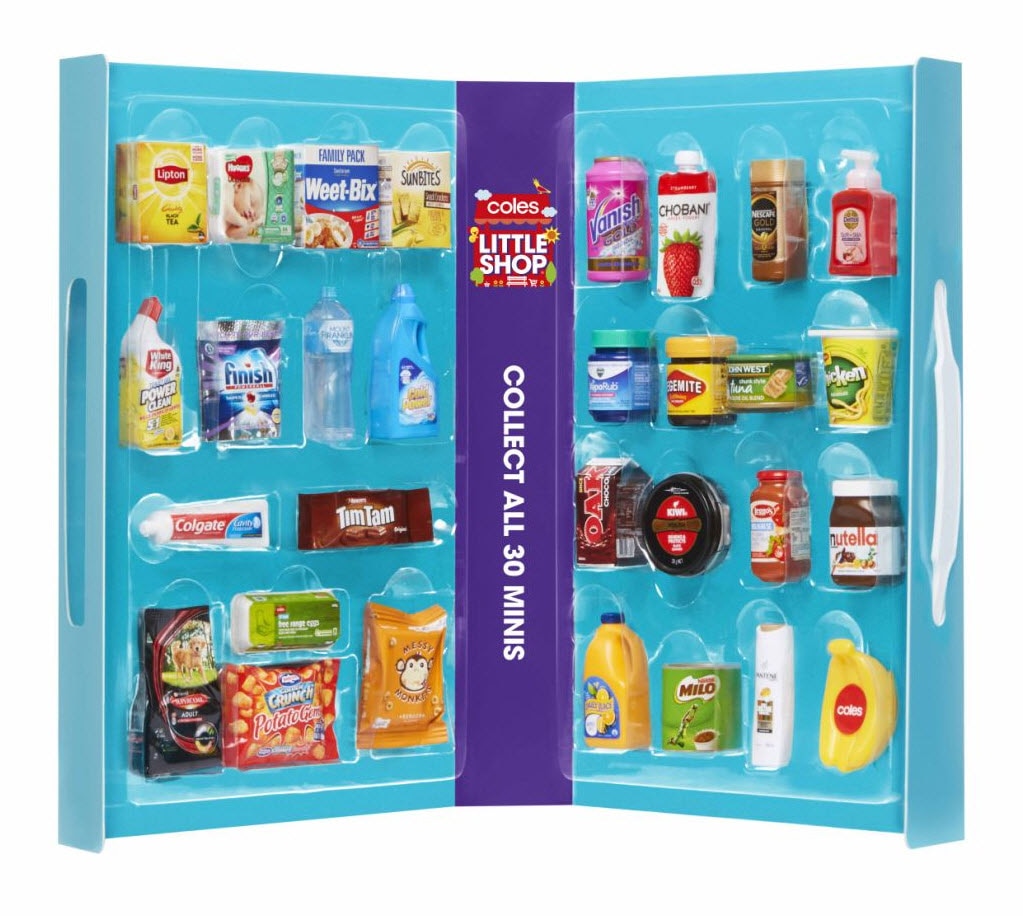 The promotion offers the chance to collect 30 toy replicas of popular products.
Coles

“They appear to be made from virgin plastics (material made directly from fossil fuels that do not have any recycled content) they would’ve had a better win if they had produced these things using recycled plastics.

“A lot of toys, the vast majority are made from virgin plastics. Without things like toy swaps and take back schemes, a lot end up in landfill.

Coles have said the toys are made from a range of materials including “paper, cardboard, plastic and foam”.

“Where possible they are made out of the same material as the genuine product to make them as realistic as possible,” a Coles spokesman said.

When Ms Paramor was asked how she would have advised Coles on the promotion, she said: “we probably would’ve recommended not going in that direction in the first place. It’s a no value form of plastic."

“From our perspective, it really shows there is a lack of focus on the sustainability side of some of these decisions that are being made.”

To combat waste from the toy wrappers, Coles offers an in-store recycling program ‘REDcycle’ and packaging can be returned for online deliveries. 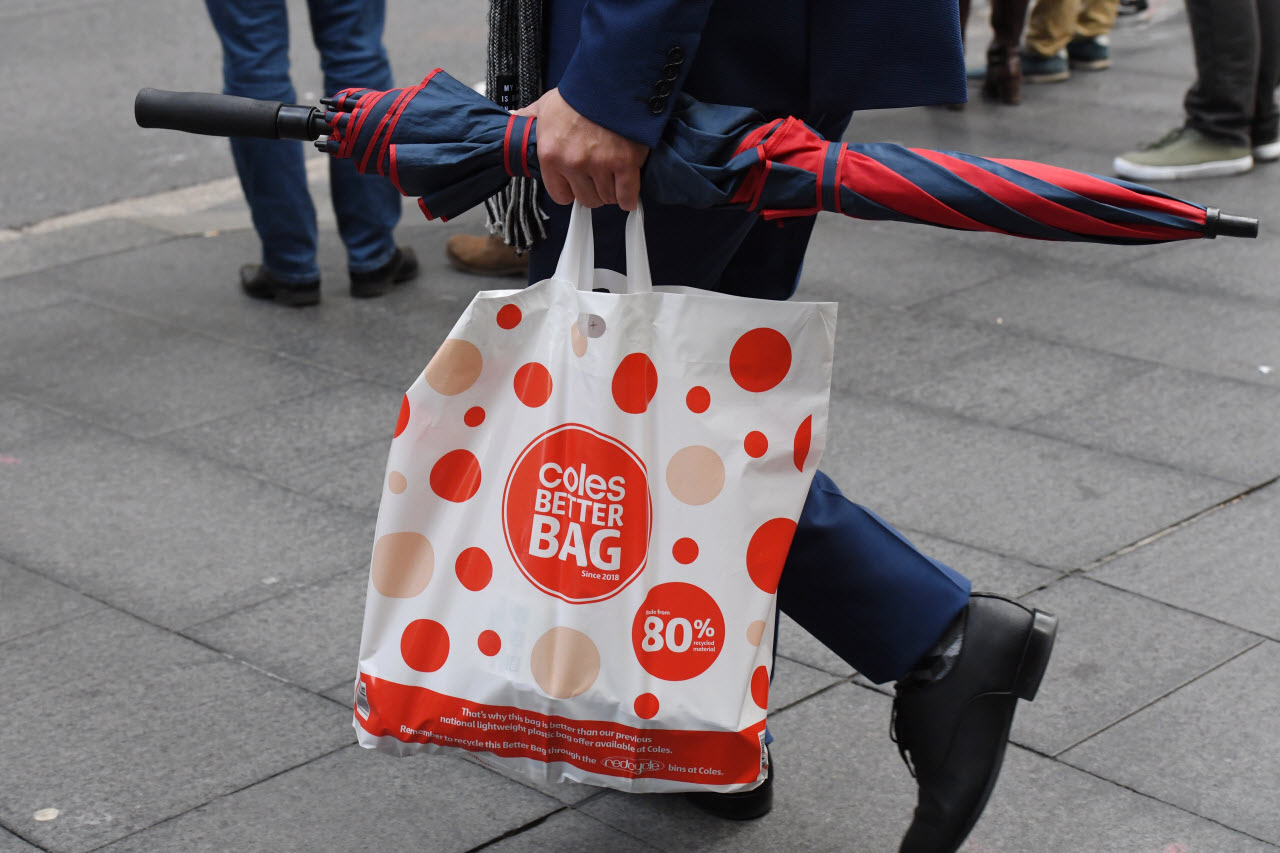 A Planet Ark spokesman told The Guardian they were concerned about the toys being thrown out when kids lose interest in them.

“[These toys] are so fad-based, they are prone to being thrown away en masse,” Communications Manager Josh Cole said.

“You can almost see it come in waves – when the new set gets released, the old one gets thrown out.”

Environmentalists weren’t the only ones to speak out against ‘Little Shop’, the Cancer Council’s Obesity Policy Coalition was concerned about the amount of ‘unhealthy foods’ used in the promotion.

“More commercial exploitation of childhood by @Coles with their Little Shop promotion. Unhealthy products like Nutella and Tim Tams should not be marketed to kids,” Executive Manager Jane Martin tweeted.

We had Little Shop in NZ New World Supermarkets and was slammed as plastic consumerist junk. Replaced with Little Garden promo encouraging children to grow veg - much more popular sustainable and health promoting. Learn from our stuffups @Coles

The good efforts of the #plasticbagban are quickly being diminished by a new "Little Shop" range by #Coles, making people question how serious Coles is about #reducingplastics. https://t.co/0KKBXJ5959

“We committed to phasing out single-use plastic carry bags by 1 July 2018 across all our stores because we believe it is the right thing to do for the environment,” the Coles website reads.

Ms Paramor accused Coles of taking advantage of a marketing opportunity amid the plastic bag debate.

“At the end of the day, they’ve turned something they were going to have to do anyway into a sustainable win for them,” she said.

“It’s a step in the right direction but needs to go a lot further.”

What customers are saying

While many Coles customers were keen to start collecting for ‘Little Shop’, others were not impressed at all.

“This just shows that Coles is not serious about reducing plastic waste,” Evan Wastell wrote on the Coles Facebook page.

“This is outrageous! We should be doing more to halt the use of plastics, not create more! I'm sure they will be a great hit as they are free and some people will have anything that is free!” Marilyn Emerson wrote.

“How disgusting of Coles to market themselves as having developed an environmental awareness of plastic bags and their negative impact and then promote idiotic and asinine tiny plastic replicas of products as ‘fun’ collectables,” Blair Christianson wrote. 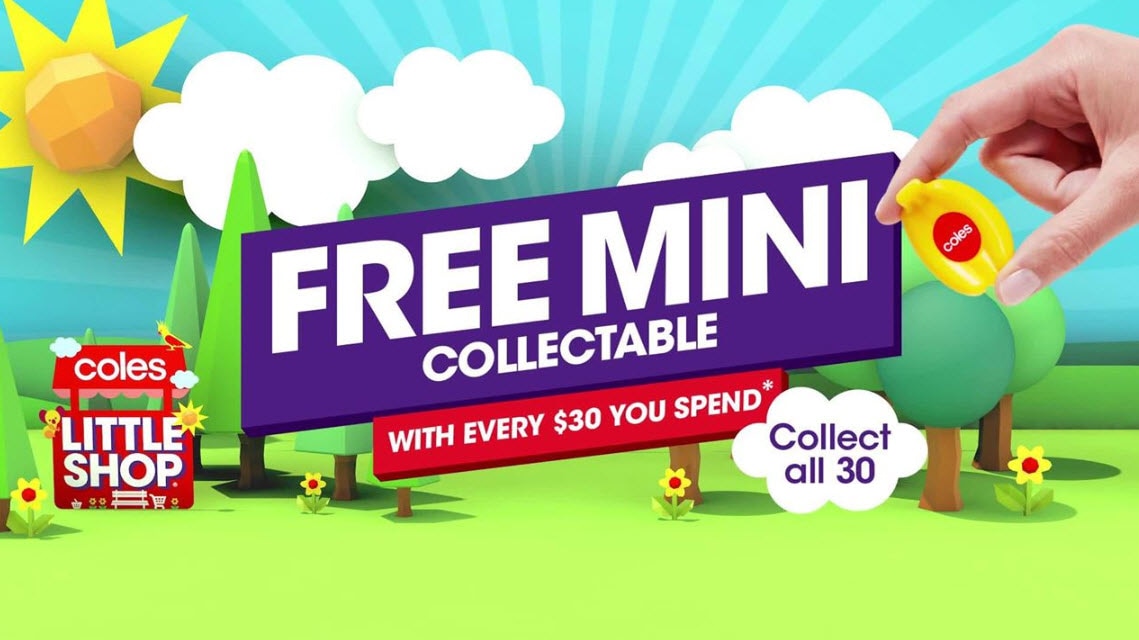 Others complained they were not given the option to say ‘no’ to receiving the promotion.

“Didn’t even know I had these until I got home and unloaded the shopping. Wrong on so many levels. Can’t believe people think they are cute or a good idea,” RJ Osborne claimed.

For some parents though, the promotion had been a hit with the kids.

“My kids were so excited to come grocery shopping this morning,” Vicki Powlton wrote.

“Awesome job Coles... the kids and I can’t wait to collect them. Remember -Haters are Gonna Hate,” Jodes Percy wrote.

“My daughter and my son love playing shopkeepers can't wait to collect them all,” Jessica Venditti wrote.