A Ukrainian comedian who plays the country's president in a TV series is currently the favourite to take on the real-life role in this spring's election, recent polls show.

But with a record number of candidates in the race, the vote remains highly unpredictable.

"Thirty people have been registered, this is an all-time high," commission spokesperson Kostyantyn Khivrenko told AFP, saying the documents of about 40 potential candidates are also being considered. Zelensky, 40, has tapped into widespread frustrations with the country's political class and the slow pace of reforms.

Various recent polls put him at between 19 and 23 per cent, with Tymoshenko and Poroshenko several points behind - varying between second and third place.

But political analyst Anatoly Oktysiuk from Kiev's Democracy House told AFP that Zelensky's largely "young, often passive" supporters were likely to not turn out, predicting his final share of the vote would be lower.

Zelensky, already a popular comedian, has in recent years won further fans with his portrayal of the country's leader in a sitcom called "Sluga Narodu" - which translates as "Servant of the People". 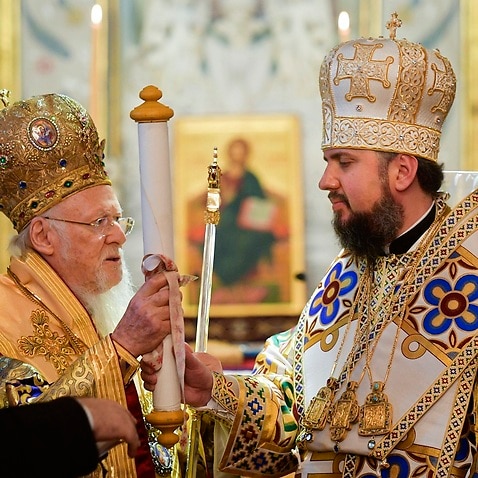 But he has also rallied largely young supporters to his own political cause.

Others, however, highlight his lack of experience and flag up his ties to Poroshenko's billionaire foe Igor Kolomoisky, who owns the television channel on which Zelensky stars.

Observers say the race is too close to call.

"It's very unpredictable at this stage who might actually win," US Ambassador Kurt Volker told journalists last week, stressing that Washington would work with whichever democratically-elected leader emerged from the vote.

Poroshenko, a 53-year-old chocolate tycoon, sailed to victory in a May 2014 election after a popular uprising ousted the Moscow-backed regime of Viktor Yanukovych. Russia suspends nuclear missile treaty in tit-for-tat with US

He promised to pivot the former Soviet country of nearly 45 million people towards the West and has sought to push through ambitious reforms.

But critics say corruption is still rampant and Poroshenko has done little to rein in fellow oligarchs, although the economy is showing signs of recovery after a recession.

Tymoshenko, the runner up, rose to international prominence through her role in the 2004 Orange Revolution.

But after 15 years - three of which were spent as head of government and another three in jail following a trial denounced in the West as selective justice - she remains a highly divisive figure.

Voting will take place on March 31, with a second round three weeks later if no candidate takes more than 50 percent.