South Australia selected 350 people to sit on a Citizens Jury to pass judgement on whether or not the state should accept nuclear waste. Dave Sweeney was one of those jurors.

Last weekend a diverse group of South Australians made a decision that will resonate for many thousands of years. This decision was clear, considered and welcome. And now it needs to be respected.

The plan for South Australia to ship, store and bury up to one-third of the world’s high level radioactive waste came as a surprise to many people. One moment it was not on the radar and the next, after a fast-tracked Royal Commission and a swiftly rolled out community ‘conversation’, the idea was being overtly promoted and championed.

On the weekend the plan faced the ground truth of a Citizens Jury comprised of 350 randomly selected Jurors who spent a distilled set of three weekends reading the reports, hearing a range of views, fact-checking and considering if the waste plan should advance or be dumped.

Against the run of a process seemingly weighted to give conditional approval to further development of the plan - two-thirds of Jurors registered a clear and unequivocal ‘No’, declaring that they did not wish to pursue the waste dump plan under any circumstances.

The Jury is in and the global waste dump plan should now be finally and formally out. 'Fight of a lifetime' looms over SA nuclear dump

The Jury decision follows a clear growth in community concern and opposition to the global dump proposal that has seen a major rally outside the state Parliament, tens of thousands of protest cards and petitions, a hardening of trade union and civil society group opposition and Premier Weatherill forced to commit to hold a dedicated Labor party state convention if he wished to further move ahead with the plan.

Recent times have also seen sharp criticisms over the credibility and independence of the projects economic claims and passionate representations from many Aboriginal Traditional Owners – that part of our community with the longest history of the nuclear industry and who would face the most direct threat from the global dump push.

Radioactive waste management is a serious, unresolved and complex issue. It is not an economic silver bullet or quick fix business opportunity. The international experience around this oft murky issue is crystal clear – without deep community consent and social license a project fails.

From Nevada to Germany and beyond there is a trail of broken promises and derailed projects. The European Union’s nuclear agency makes the point that without consent waste projects "will sooner or later be cancelled, stopped or indefinitely delayed".

Premier Weatherill has previously spoken positively of the Citizen Jury process and given repeat assurances that the findings of the Jury would be key in informing his governments future positioning, stating that the Jury was tasked with guiding the Government to decide on either closing or keeping open the gateway to our State’s future participation.

Last weekend that gateway shut with a resounding thud. The plan to turn outback SA into a site to dump a forever contaminant has failed the test. It is not radioactive waste that needs to be buried, it is this risky and ill-considered plan to turn South Australia into the world’s nuclear waste dumping ground. 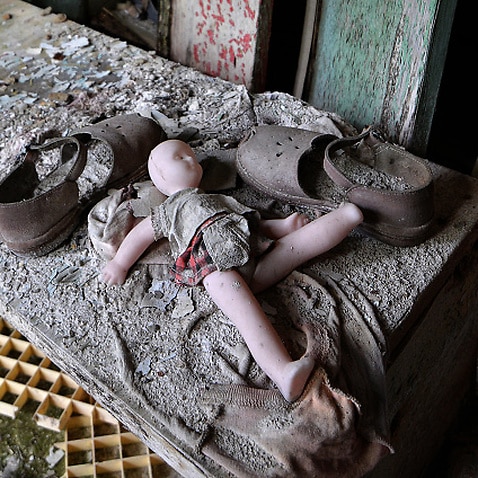 Comment: That was then, this is now - Chernobyl’s legacy and Australia’s uranium