A new survey has found "confronting" levels of racial discrimination at government schools in Victoria and New South Wales.

Thirty-one per cent of public school students in New South Wales and Victoria have experienced racial discrimination from peers, according to a new survey.

The Speak Out Against Racism (SOAR) survey of 4,600 students in years five to nine also shows just under one-third have experienced racial discrimination from society (27 per cent), and six in 10 students reported observing racism.

The survey was led by the Australian National University (ANU) and Western Sydney University (WSU), in partnership with Australian Human Rights Commission and Victorian and NSW education departments.

“Children and young people need to be safe, secure and happy to learn, grow and thrive,” Ms Priest said. 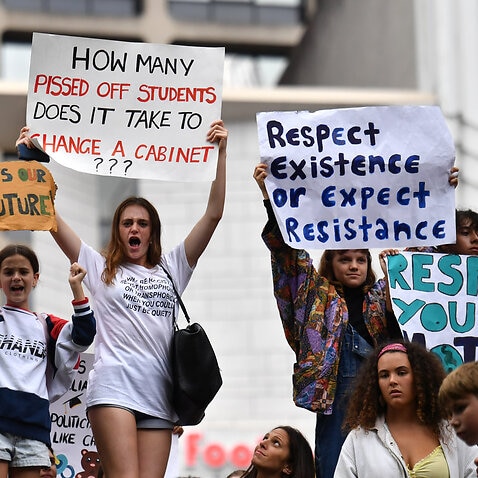 “Racism and racial discrimination are avoidable and unfair, yet are faced at high levels by many Aboriginal and Torres Strait Islander children and young people as well as those from ethnic minority backgrounds.

Close to 20 per cent of students from Aboriginal and Torres Strait Islander backgrounds said they have experienced discrimination from teachers.

Between 18 and 30 per cent of students from ethnic minority backgrounds reported similar experiences, with the highest levels among students of Middle Eastern and African backgrounds.

WSU Research Professor Kevin Dunn said reducing the prevalence of discrimination in the public school system “must be made a major priority”.

“One of the most essential and immediate tasks is to build programs that help the entire school community– and wider society – to address racism and racial discrimination,” Professor Dunn said.

“Empowering the next generation with the tools and confidence to recognise and call out racism is a crucial component of that.”