A group of Sydney high school students have successfully lobbied their school to allow them to remove gender labels from their school uniforms.

The Australian Christian Lobby has spoken out against a decision by a Sydney high school to allow its students to decide whether they would wear the boys' or the girls' uniform.

Newtown High School of the Performing Arts has implemented a unisex uniform policy that will allow students to choose which uniform they wear.

A report in Fairfax media said before the policy change, students needed parental permission and notes from a psychologist to do so.

In a statement to SBS News, Australian Christian Lobby spokeswoman Wendy Francis said the organisation opposed students being allowed to choose which gender's uniform they would wear. "The Australian Christian Lobby believes that questioning what it means to be male or female and that gender doesn't matter anymore is radical gender theory," she said.

“People are wondering if this is where rainbow ideology and rainbow politics is taking us. They are thinking that maybe we better take a second look at the whole agenda that's behind things like the same sex marriage debate.

“However, these gender theory ideas go way beyond anti-bullying to almost proselytising and trying to encourage and instruct young people in radical practices such as binding their chest for girls, so their breasts don't develop properly, to tucking their genitals.”

The school did not provide comment to SBS News on Tuesday, instead directing queries to the NSW Education Department.

A Department of Education spokesperson released a statement, saying NSW public schools, in consultation with their school communities, developed the school uniform for their school, adding:

"Students can wear any part of the available uniform options."

It is not the first time Newtown High School of the Performing Arts has made headlines.

A YouTube video showing a group of year nine students quizzing former Prime Minister Tony Abbott on issues such as marriage equality and asylum seekers in 2014 has been viewed more than half a million times. 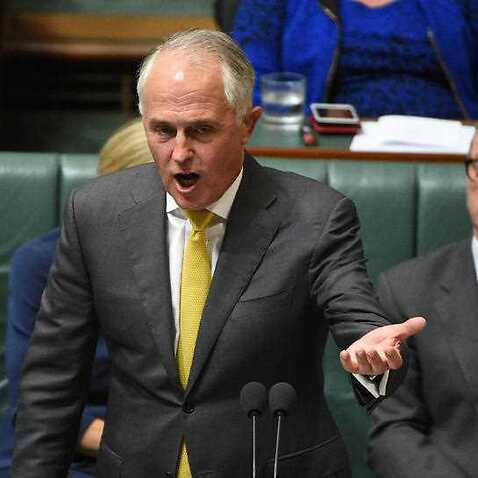