Prime Minister Scott Morrison says the advice not to hold mass gatherings involving more than 500 people does not apply to schools, universities or public transport.

The Federal Government has advised all "non-essential, organised gatherings" of 500 people or more be cancelled from Monday to limit the spread of COVID-19.

Prime Minister Scott Morrison made the announcement on the advice of Australia's chief medical officer Brendan Murphy and after meeting with state and territory leaders on Friday.

"We are taking an abundance of caution approach, which is what we have all the way through," Mr Morrison told reporters in Sydney.

"What we are seeking to do is to lower the level of overall risk, and at the same time ensure that we minimise any broader disruption that is not necessary at this stage to engage in." 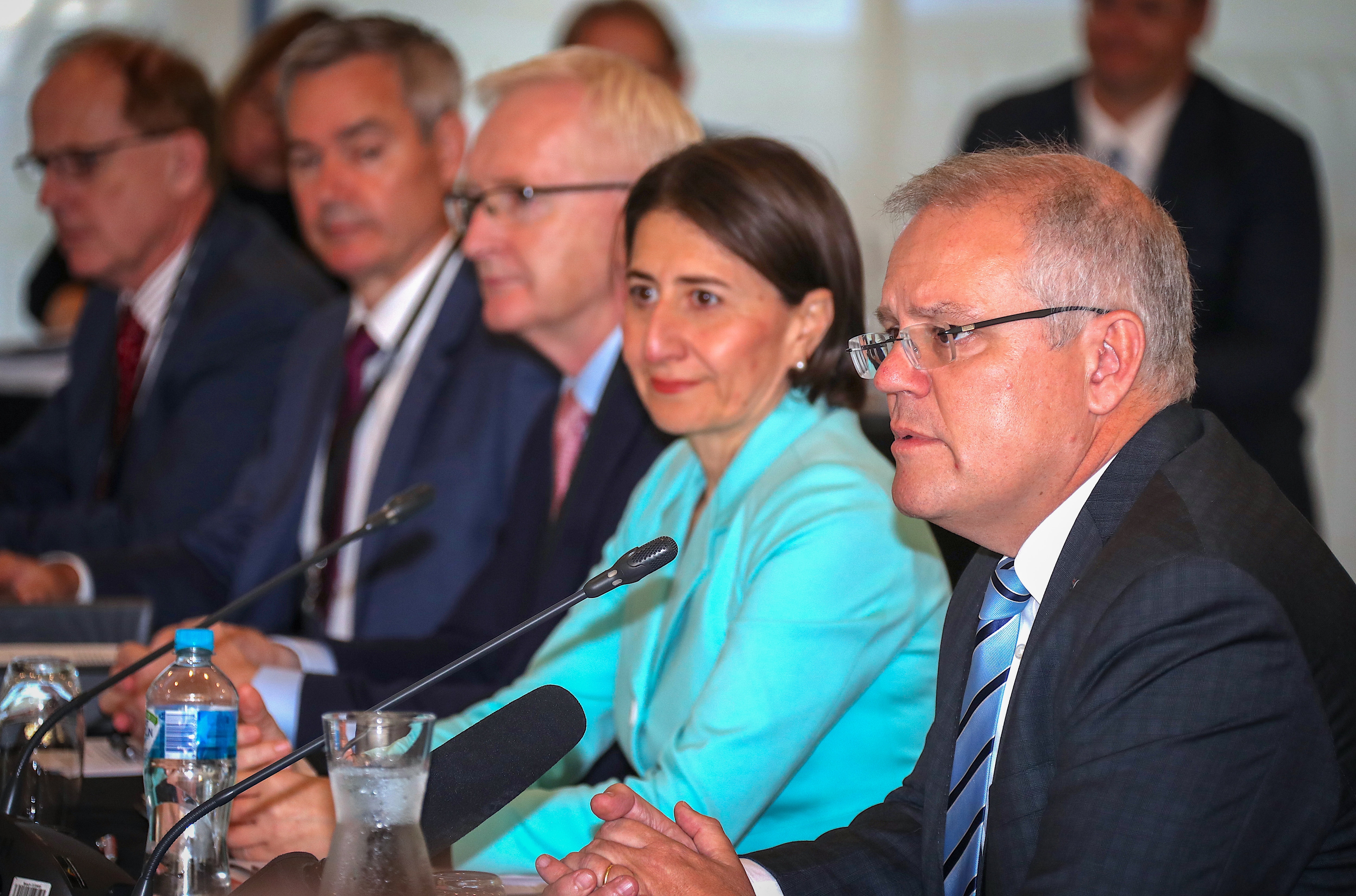 He said the advice does not apply to schools, universities or public transport.

"The fact that I would still be going on Saturday speaks not just to my passion for my beloved (Cronulla) Sharks, it might be the last game I get to go to for a long time. That's fine. In the future, I suspect, we might be watching them on television, and that's okay as well." Coronavirus: Flight Centre to close 100 stores and Virgin to cancel flights, as tens of new cases reported in Australia

Mr Morrison said the advice from Monday was part of a stepped response.

"We are not of great concern right now in terms of where those gatherings might be today, but in the weeks ahead, this will change," he said.

The government is also urging Australians to reconsider any foreign travel.

"We have also decided through the Department of Foreign Affairs and Trade that we now advise all Australians to reconsider your need to travel overseas at this time, regardless of your destination, age or health - if your travel is not essential, consider carefully whether now is the right time," the prime minister added.

"We are effectively putting in place what is called a level three travel advice for travel of Australians overseas. This is done to protect their health and to limit their exposure." 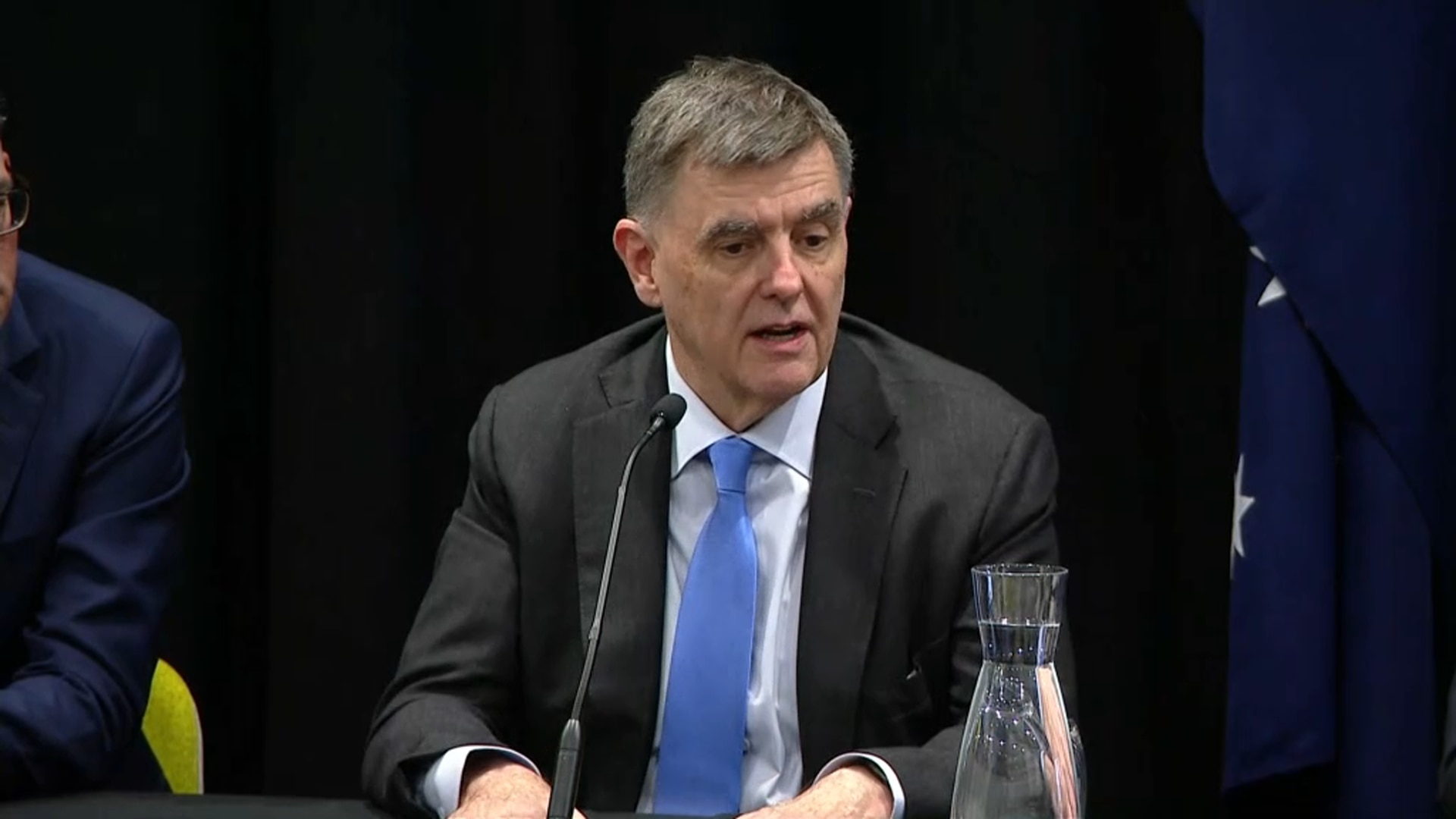 As part of the government's response, a "national cabinet" is also being established with regular meetings to coordinate a unified response to Covid-19.

"This is a precautionary measure on the basis of the numbers slowly increasing over the course of the last week in Australia," he said.

"We have seen increases in numbers every day, and we will feel there will be such a point over coming weeks that it is time to take precautionary advanced measures to limit those large events where the incidents of transmission can be supported."

On the potential for further escalations in the governmental response, NSW Premier Gladys Berejiklian said the COVID-19 situation remains an "evolving" one.

"If we feel that anybody's health is compromised, there's a great risk to the community, we will take those decisions," she said.

"We are all united. We're absolutely determined to work together to keep people well."

The advice comes as sporting leagues around the world consider the future of their seasons.

Officials have already announced the cancellation of the Australian Grand Prix, two days before the race was set to go ahead in Melbourne.

Cricket Australia has confirmed Australia’s three-game ODI series against New Zealand will be played without spectators at the Sydney Cricket Ground and in Hobart.

In the United States, Broadway has been closed, the NBA season cancelled, and National Hockey League, Major League Baseball and the Coachella music festival all postponed. 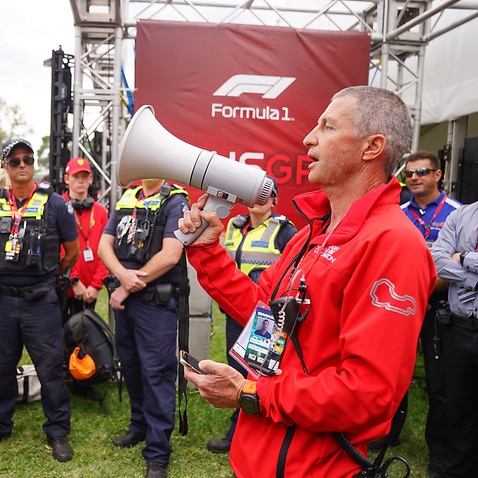 In Italy, the government has imposed a blanket closure of restaurants, bars and almost all shops except food stores and pharmacies.