Australians are being advised not to travel to Iran under new travel warnings while foreigners coming from Iran will be banned from entering Australia.

The Morrison government has defended its decision to ban foreign visitors entering Australia from Iran to prevent the spread of the coronavirus, rather than South Korea which has a much higher level of cases.

Under similar restrictions imposed on China at the beginning of February, the government announced on Saturday that foreign nationals who have been in Iran will be banned from entering Australia for 14 days.

Australian citizens, permanent residents and their immediate family who have travelled to Iran will be required to self isolate at home for 14 days from the day they left the country. There have been 388 coronavirus cases reported out of Iran, compared to 2,300 in South Korea.

Home Affairs Minister Peter Dutton said that of the 106 deaths that have been reported outside of China, 43 have been in Iran.

That's the highest reported death rate outside the epicentre of the virus in Hubei province, China.

People wearing face masks wait for bus in a bus stop in a street in western Tehran, Iran.
AP

"As the chief medical officer has pointed out, it's not possible to extend the ban to every country and we'll see what phase we move into next," Mr Dutton told ABC television's Insiders program on Sunday.

He said there was a concern surrounding the lack of reporting coming out of Iran and whether they have a handle on their numbers of cases.

"Obviously, South Korea has a more advanced health system and they have been reporting numbers for a period of time. So I think they are key differences between those different markets," he said. 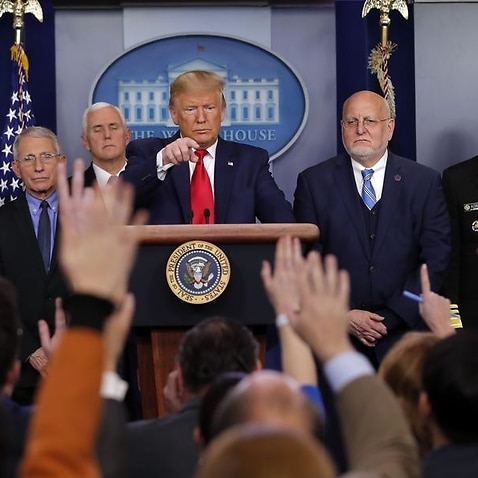 Health Minister Greg Hunt said he had asked the Australian Health Protection Principal Committee in its daily reviewing of travel advisories to consider the appropriate level for Italy, which recorded a further eight deaths overnight.

"I have specifically asked them today to consider whether or not the current arrangements need to be changed in any way, shape or form," he told reporters in Melbourne.

The new travel restrictions came in as NSW chief heath officer Kerry Chant on Sunday confirmed a sixth person in the state had contracted the virus, a woman in her 50s returning from Iran.

"Travellers from Iran should be particularly vigilant for symptoms as there has been a rapid increase in COVID-19 activity there in recent days," Dr Chant said in a statement.

Worldwide numbers of coronavirus cases stand at more than 85,000 and there have been over 2900 deaths reported across 58 countries.