Thousands of Muslims who plan to visit Islam's holiest sites in the coming months have been left frustrated after Saudi Arabia announced a religious travel ban in an effort to stop the spread of the coronavirus.

Thousands of Muslim pilgrims have been left in limbo after Saudi Arabia announced a ban on religious travel in an effort to stop the spread of the deadly coronavirus.

Many Muslims had already begun the Umrah pilgrimage to Mecca, Islam's holiest site, when Saudi officials announced the ban on religious visitors earlier this week, including more than 1,000 Indonesian travellers who are stuck in transit at Jakarta airport.

The travel ban, announced on Thursday, will likely also affect the annual Hajj pilgrimage which is scheduled to take place in July.

University of Sydney student Samiha Elkheir said she was planning on surprising her father and sister with a trip to Mecca in April, but the ban has now thrown her plans into disarray. Muslim pilgrims circle around the Kaaba at the Masjidil Haram, Islam's holiest site during the Hajj pilgrimage in Mecca.
AAP

"I was very disappointed, quite devastated. I really wanted that to be a special moment for them," she told SBS News.

"We've already started to plan for the trip, in terms of buying our clothes and some resources."

Saudi officials have not said when the ban will end, leaving some travel consultants that specialise in Umrah and Hajj pilgrimage tour packages worried about the future of their business.

"Because all of these cancellations are coming in, we'll most probably have to look for another business," Huzaisa Siddiqui, a travel consultant with Cheetah travel centre in Melbourne, told SBS News.

Within a few days, Mr Siddiqui said he had to tell nearly 20 people that their trip to Saudi Arabia was cancelled.

"They were pretty upset, they obviously put a lot of money into this," he said.

"We usually book probably three months prior. They were really looking forward to this and they were really upset when we told them they have to cancel." 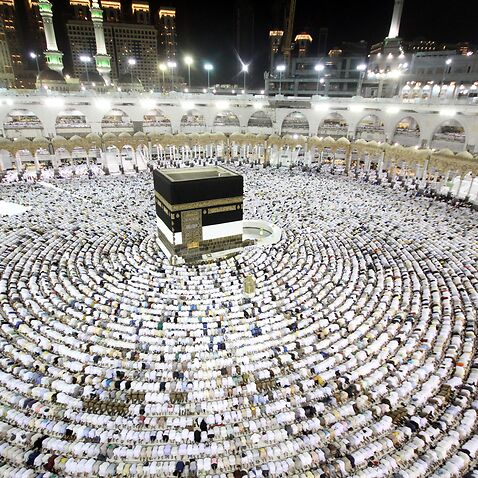 Australian Muslims are joining international calls to boycott the Hajj

Saudi's foreign ministry said in a statement that they were "closely following developments in the spread of the virus and its repercussions on an ongoing basis" and would continue to review the ban as the situation develops.

The coronavirus, now known as COVID-19, has now spread to the middle east, with almost 400 cases confirmed in Iran and more than 30 deaths. Saudi Arabia, however, is yet to report a single case.

Last week, the World Health Organization (WHO) announced that for the first time since the virus was identified late last year, the number of cases being identified outside China was higher than those in the origin country.

But despite warnings from WHO, who have now raised the coronavirus risk alert to "very high", the chairman of the foundation of Islamic Students and Information, Amin Hadi, said the Saudi travel ban should have been handled better. 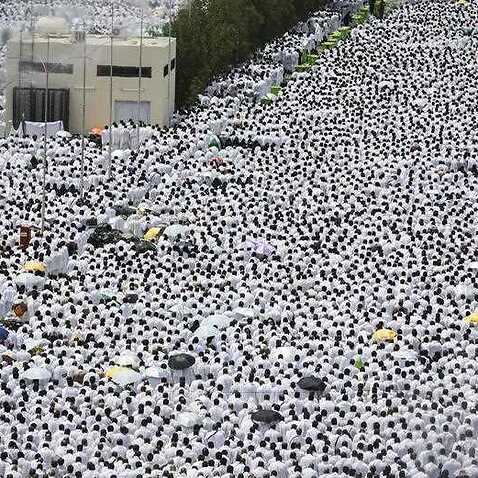 He believes citizens of countries that have not yet reported a coronavirus outbreak, like Indonesia which has not confirmed any cases, should still be allowed to travel to the holy sites.

"Iran for instance or Korea then there is justification from the government to prohibit them from entering the country," he said.

"But [pilgrims] from any country which have not shown any record that there are people infected by the virus in that part of the world, then it should not stop its citizens to enter that part of the country. It should be fair."

Approximately eight million Muslims make the Umrah pilgrimage, which can be undertaken at any time, each year.

A day after the travel ban was announced, Saudi authorities extended it to citizens of Gulf nations, Saudi Arabia, United Arab Emirates, Bahrain, Kuwait, Oman and Qatar, barring them from entering Mecca and Medinah.

The ban excludes Saudi Arabian citizens who have spent 14 consecutive days in the Kingdom and have not shown any symptoms.