With waiting times for partner visas blowing out due to COVID-19, a new campaign is calling for a fairer and more transparent processing system to help families who have waited years to be together in Australia.

Amy was working in welfare at the Manus Island detention centre where Karrar, who is from Iraq, was detained for four years.

When she returned home to Australia, she received a message from him on Instagram.

“We got to know each other on the island and he was wondering where I was because I hadn’t been to work for quite some time,” the 37-year-old told SBS News.

“Things started from there.” 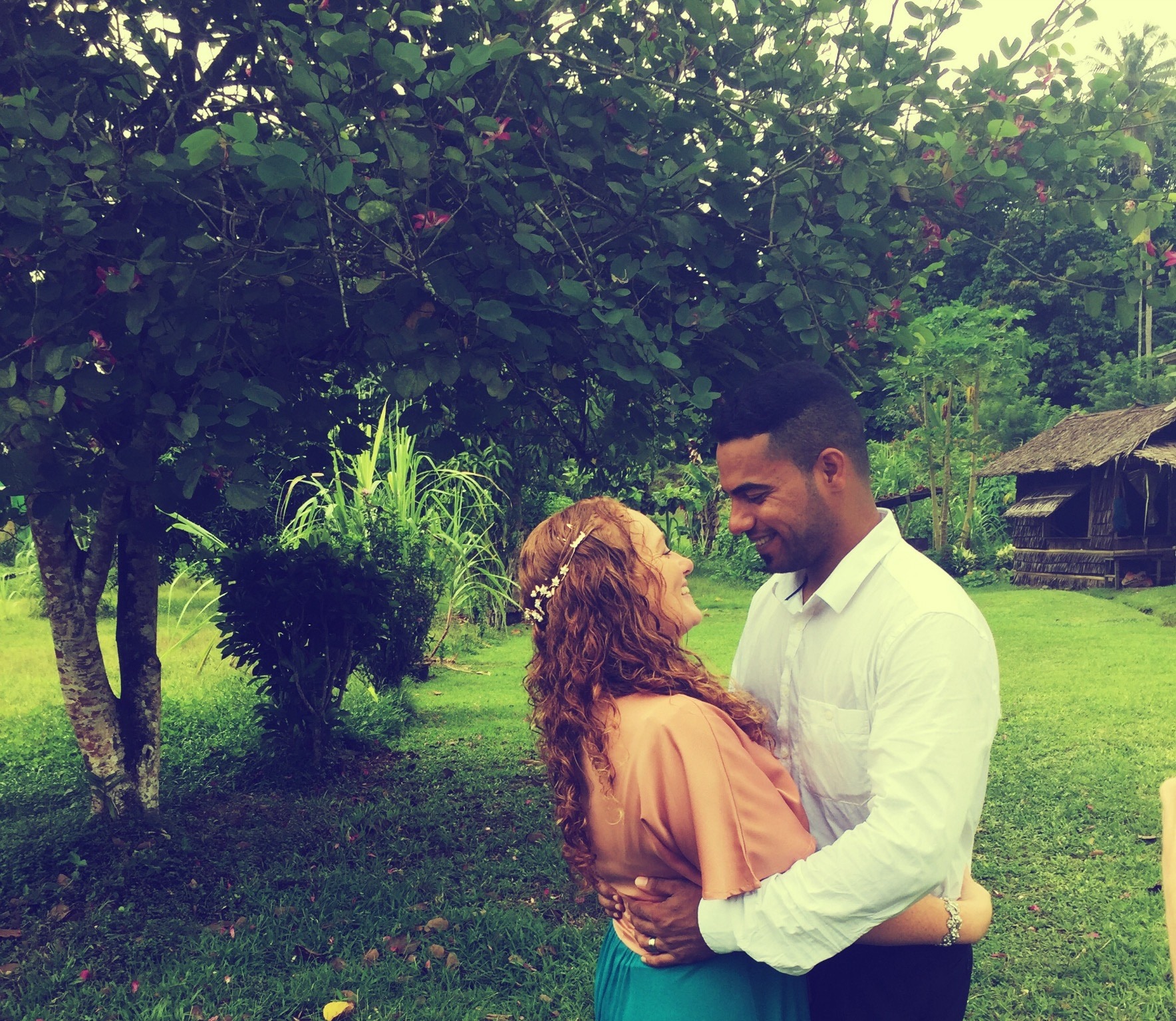 Amy and Karrar met on Manus Island and have waited more than two years to be together in Australia.
Supplied

Amy returned to Papua New Guinea three times to visit Karrar and the couple got married, but he would soon need to go back to his homeland.

“We knew if we were going to have any sort of future together, he would have to voluntarily return home [to Iraq], at a risk, and we would eventually apply for a partner visa for him to come to Australia,” she said.

But that process has not been easy.

Amy, who lives in Gympie, Queensland, lodged an offshore 309 partner visa application for her husband to be able to live in Australia on 4 August 2018. Months later, their son Mohammad Ali was born.

“Since that time, myself and Mo were able to go back to visit Karrar twice,” she said.

But that's the only time they've seen each other in more than two years while they wait for Karrar's visa to be approved. It means Amy, a full-time social worker, has to care for their son on her own. Amy is raising the couple's son on her own.
Supplied

Amy said she has explored "every single option" to try and get some answers about why Karrar's application is taking more than two years to process but concedes "there's no one you can turn to for help".

“I can’t really put it into words how that feels … it’s excruciating. It’s the hardest thing we’ve ever gone through.”

"It’s like living our lives in limbo. We’re unable to plan for our future, we’re unable to see each other, and my husband has missed almost two years of his son’s life." 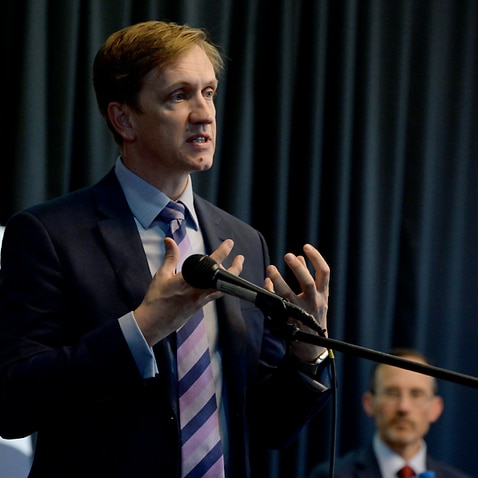 For the financial year 2018-2019, the Department of Home Affairs had more than 88,000 partner visas 'on hand', compared with more than 71,000 two years before, according to its Migration Program report.

It is estimated the backlog of partner visa applications waiting to be processed is now up to 100,000.

A petition on the Parliament of Australia website, launched this month, is now calling on the federal government to make the offshore partner visa processing system fairer and more transparent.

It has attracted more than 3,000 signatures.

Leading the push for change is Melbourne woman Amelia Elliot, whose husband Bowie Domingo, from the Philippines, is also waiting to hear the outcome of his partner visa application after 22 months. 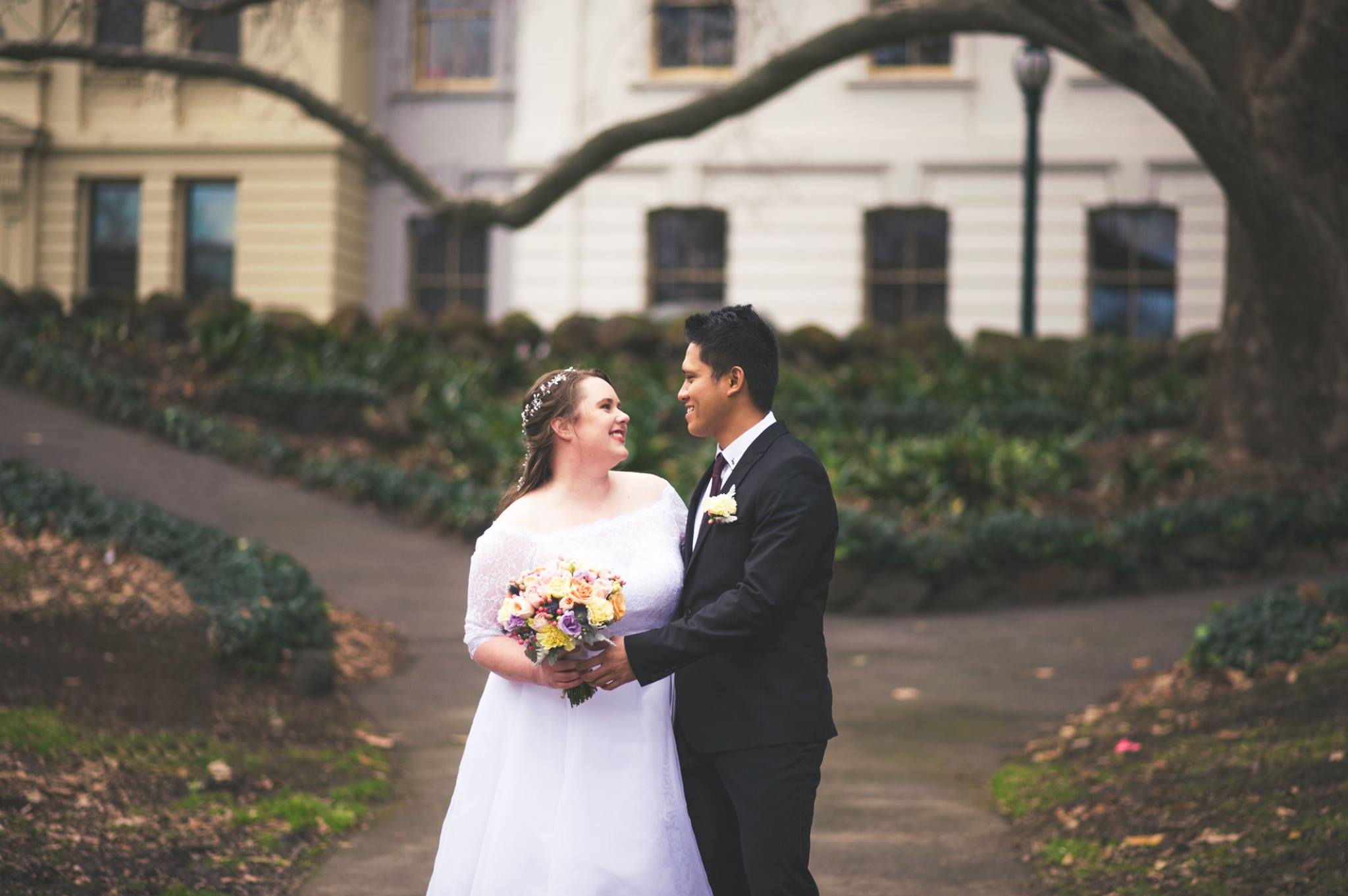 Amelia Elliot and her husband Bowie have been waiting 22 months for a visa.
Supplied

Like many others, Amelia said it is putting a huge emotional and financial strain on their relationship, as they’re left with “no contact" from the Department of Home Affairs.

“The government really needs to consider how they’re treating partner visas,” she said.

“Our petition is asking for a more transparent, fair and straightforward processing system where things are processed in the order they're received across all the processing centres, and where certain legislations that make it harder for applicants to receive a decision are removed."

The Department of Home Affairs website says 90 per cent of applications for the 309 partner visa are processed in 22 months.

A spokesperson for the department told SBS News: “The COVID-19 pandemic has had a significant impact on the department’s offshore visa operations and this has impacted visa processing, including some partner visas”.

All visa applications are assessed on a case-by-case basis, the spokesperson said, and processing times vary “according to individual circumstances and the complexity of their application”.

“It is getting higher all the time,” she said.

“It’s massive for them ... Some people are very accepting that this is just the process. But often at times when they are accepting, it means their plans to be together - if they’re apart - are put on hold, often for up to two years.”

The partner of an Australian citizen can apply for a partner visa either onshore or offshore.

Those who lodge an application in Australia are eligible for a bridging visa to remain in the country during the processing time, which for 90 per cent of onshore applications is 24 months.

Ms Chen said offshore applicants, who apply outside Australia, are not entitled to a bridging visa and must wait out their processing time in their home countries, or visit Australia as tourists for short stints.

Despite paying the same fees as onshore applicants ($7,715), offshore applicants are not entitled to work or study rights in Australia. They also have to fork out more money on agent fees and flight costs. It has been 15 months since the 36-year-old from India lodged an offshore 309 partner visa application to be with his wife, Inderpreet Kaur, in Australia. Initially, he was told the timeline would be 11 to 14 months. But he's still waiting.

After entering Australia on a tourist visa, he is now living with his wife, who is expecting their first child in October, in Melbourne, as well as his sister-in-law and mother-in-law.

"In almost two years of our relationship, we have spent three months together," Ajit said.

“We are happy but we’re also worried, as any new parents are. There is a lot of uncertainty around my visa, my job and my up-skilling opportunities.” Ajit Singh Kang has travelled to Melbourne on a tourist visa to be with his pregnant wife.
Supplied

Ajit and Inderpreet are not working, and their savings are depleting.

“It’s a big relief for [the family] that I’m here, but it is stressful ... I have no work rights here, I don’t have enough study rights and I’m not considered a permanent resident,” he said.

But Ajit's main concern is what will happen when his tourist visa expires in December if his partner visa hasn't been approved.

“The biggest fear is if I'm not there when the child comes and how [Inderpreet] will be able to cope with it," he said.

He is also worried about having to leave Australia in the event his partner visa is granted.

Under migration law, those who lodge an offshore application must also be outside Australia when their visa is granted, prompting questions around health risks and added flight costs during the coronavirus pandemic.

The Department of Home Affairs said it was aware some visitors in Australia may not be able to return home due to COVID-19 travel restrictions “and has provided visa options for those who have been affected by disruptions caused by the pandemic”.

In the past eight years, partner visa processing times in Australia have surged. In 2012, waiting times were between six and 12 months.

“There are a large number of applications going in and they're not processing them as fast as the applications are being made. So there is that backlog,” Ms Chen said.

“The reason there is a long wait has nothing to do with the system,” he said. 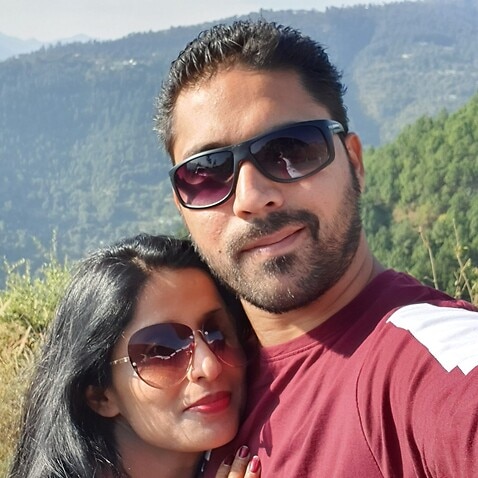 Last year the government capped the number of visas it could grant annually - across all categories - at 160,000, but that does not include a limit on the number of partner visas that can be granted.

The government instead sets an annual "planning level" for the different categories, the most recent of which for partner visas was was 39,799.

"The partner visa program is not capped," a spokesperson for the Department of Home Affairs told SBS News.

"Planning levels are set by government in accordance with lawful administrative practices. It has been a long-standing practice of successive governments to manage the orderly delivery of migration program outcomes against planning levels.

The levels "take into account community views, economic and labour force forecasts, international research, net overseas migration, economic and fiscal modelling and other factors that may influence migration outcome, including the current COVID-19 pandemic," they said.

But for those still waiting, the system has a long way to go.

"We are a multicultural society," Amy said.

"How can the government justify making people wait over two years for their spouse visa just because someone fell in love with somebody from a different country?"