Spain has followed Italy and imposed a near-total nationwide lockdown to fight the spread of coronavirus by banning people from leaving home except to go to work, get medical care or buy food.

Spain on Saturday banned people from leaving home except to go to work or buy essential supplies, in a bid to slow the spread of coronavirus.

Prime Minister Pedro Sanchez announced the restrictions on movement following a huge spike in the number of cases with over 5,700 people infected in this nation of some 46 million people.

"The prohibition to circulate in the streets... must be followed starting today," he said in a televised address after a cabinet meeting that lasted more than seven hours.

Spaniards may leave home to go to work, "buy bread", go to the pharmacy and get medical care but "not to go have dinner at a friend’s house", he added. 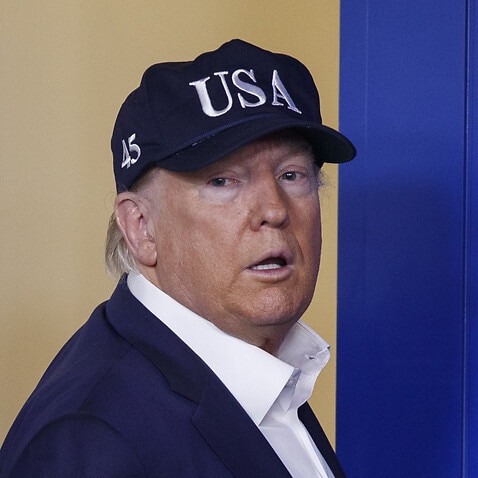 Police would ensure the restrictions on people's movements are obeyed, the prime minister said.

"The measures which we have adopted are drastic and will unfortunately have consequences... but our hand will not shake to prevail against the virus," Sanchez added.

"We will win this battle... but it is important that the price we pay for this victory be as little as possible."

All stores except for pharmacies and supermarkets will close nationwide, the premier said.

Both Ms Gomez and her husband were well, and were at their official residence following the new measures introduced by the health authorities, said a government statement. 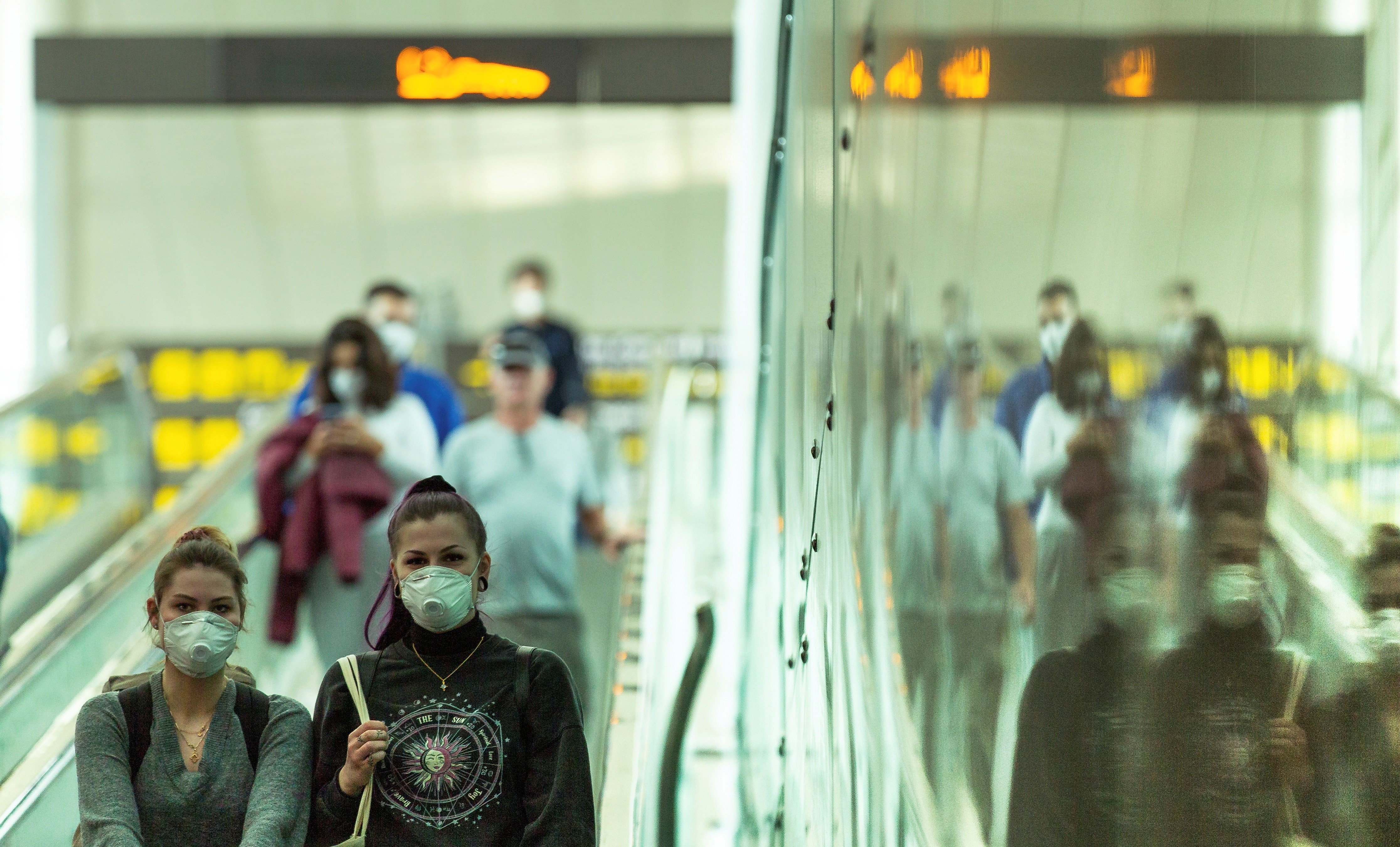 The French government has ordered the closing of cafes, restaurants and cinemas as authorities around the world took increasingly desperate measures to contain the coronavirus.

"I have decided on the closure until further notice from midnight of places that receive the public that are non-essential to the life of the country," Prime Minister Edouard Philippe told reporters.

Top health official Jerome Salomon meanwhile announced that the death toll from COVID-19 had risen by 12 over the last day in France to 91, with the total number of infected standing at 4,500. 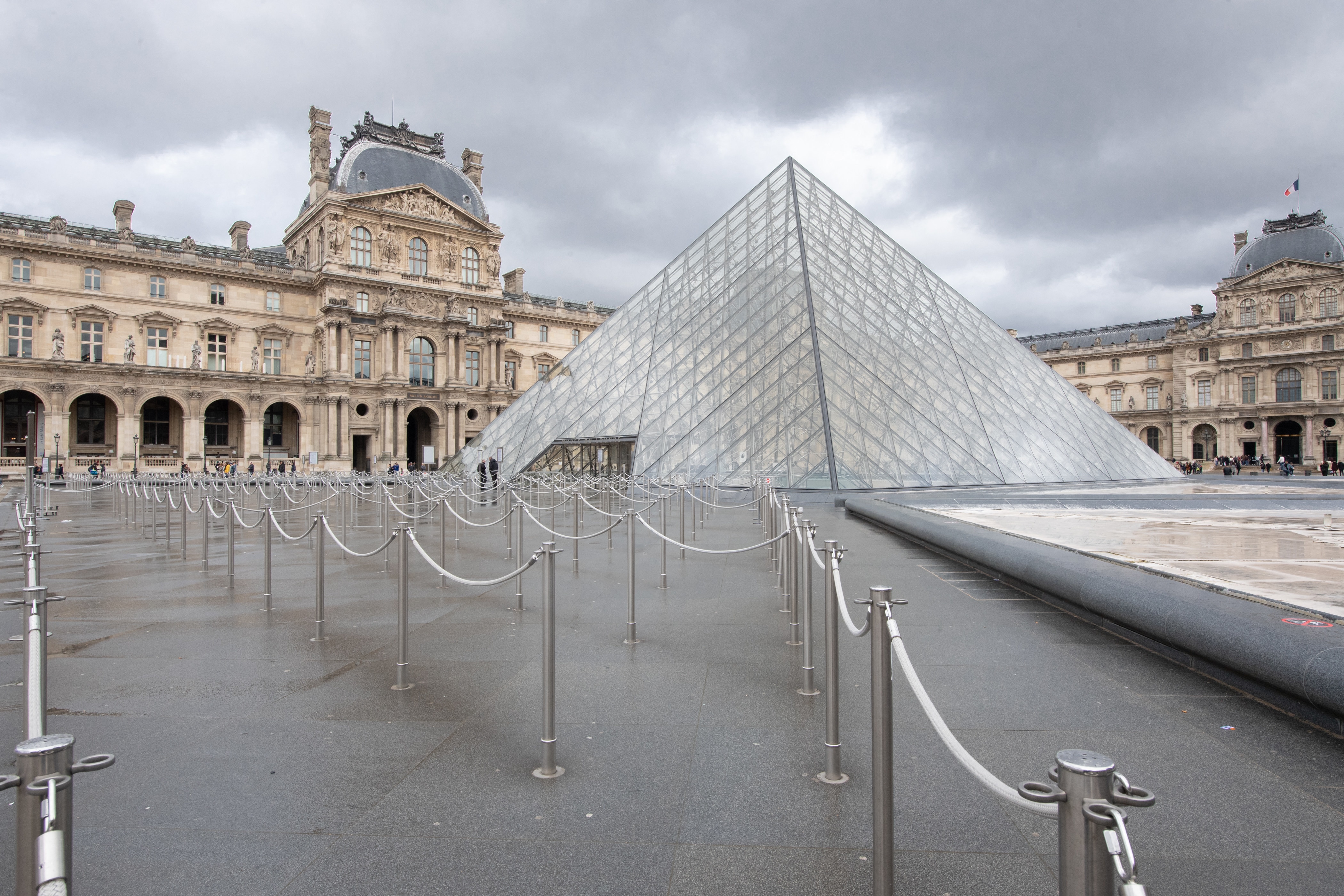 The Louvre closed today for an indefinite period "on 13 March, 2020 in Paris.
AAP

Mr Salomon added that France was from now at its highest sanitary alert level of stage three, which means that the virus is now circulating actively across French territory.

He added that the number of those infected had doubled over the last 72 hours.

Mr Philippe said that the new measures were being adopted after the first measures announced in France to fight the virus were "imperfectly applied".

Places of worship would stay open but all services and ceremonies would have to be postponed, he said. Shops would also have to close with the exception of essential services like supermarkets and pharmacies, he added.

Public transport would continue to work, but Mr Philippe urged the French to "limit their movements" and avoid inter-city travel.

But he insisted that despite the strict new rules, the first round of local elections would go ahead as planned on Sunday while "respecting strictly the guidelines of distancing".

"I know the French will show their calm, their civic mentality and their ability to obey the rules we have set out for their own security," Mr Philippe said.

US extends travel ban to UK

More borders snapped shut around the globe, with the US announcing that it will extend its European travel ban to Britain and Ireland.

China, meanwhile, where the scourge first appeared late last year, continued to relax its drastic restrictions, illustrating the way the centre of gravity in the crisis has shifted westward toward Europe. 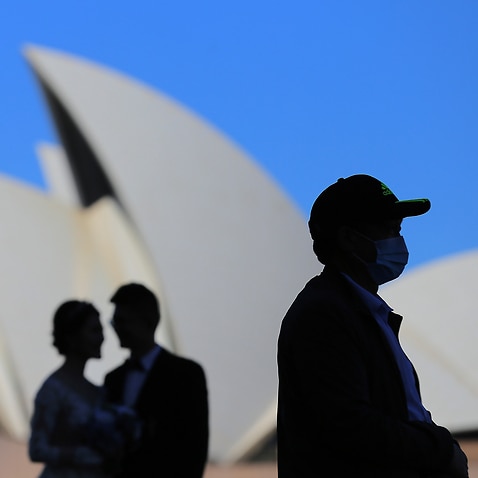 Australia has recorded more than 200 confirmed cases of coronavirus

In an echo of the far-reaching measures already imposed in Italy, people will from Monday morning only be allowed to leave their homes to buy food and medicine, commute to work, go to hospitals and banks or take trips related to the care of the young and the elderly.

Spain also planned to close all schools, universities, restaurants, bars and hotels along with non-essential stores, a step some regions have already taken.

Spanish authorities said the number of infections climbed past 5,700, half of them in the capital Madrid - an increase of more than 1500 in 24 hours.

The country - which also recorded 136 deaths, up from 120 - has the fifth-highest number of cases, behind China, Italy, Iran and South Korea. 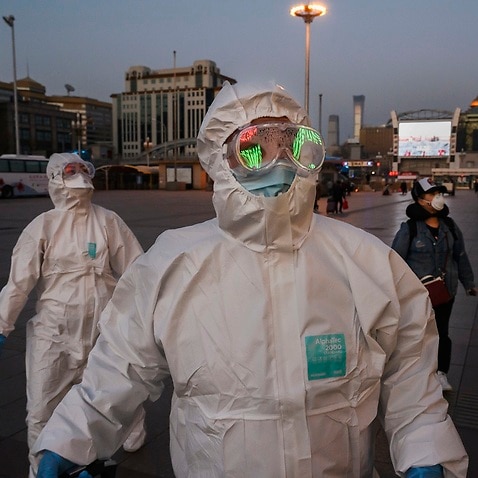 In Italy, the worst-hit European country, the number of deaths climbed past 1400 and infections surged roughly 20 per cent overnight to more than 21,000 because of what authorities characterised as irresponsible behaviour by people still socialising despite the country-wide lockdown.

Many Italian cities including Rome and Milan decided to close playgrounds and parks, too.

Premier Giuseppe Conte has said production - particularly of food and health supplies - must not stop and, on Saturday, union and industrial leaders reached an agreement to keep factories running.

But luxury sports car maker Ferrari said it was suspending production at two plants, citing concern for its employees and serious disruptions in the flow of supplies. In Britain, the death toll nearly doubled from the day before to 21, and the number of people infected rose to over 1100.

Ireland had 90 confirmed cases and one death as of Friday.

Greece's infection total approached 230 with three deaths, and police there arrested 45 shopkeepers on Saturday for violating a ban on operations.

The US reported 51 deaths - including the first in New York - and more than 2100 cases.

Europeans countries moved to isolate themselves from their neighbours.

Denmark closed its frontiers and halted passenger traffic to and from the country, with travellers to be turned away at the border if they are unable to show that they have "a legitimate reason" to enter - for example, if they are Danish citizens or residents.

"I know that the overall list of measures is very extreme and will be seen as very extreme, but I am convinced that it's worth it," Danish Prime Minister Mette Frederiksen said.

Poland planned to close its borders at midnight and deny all foreigners entry unless they lived in Poland or had personal ties there. 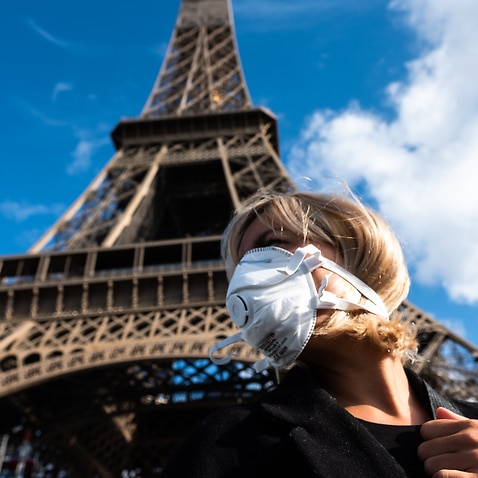 The Czech Republic and Slovakia took similar action while Lithuania said it was introducing border checks at the frontiers with Poland and Latvia.

Russia said its borders with Norway and Poland will be closed to most foreigners beginning on Sunday.

The spread of COVID-19 in China has slowed dramatically, according to the National Health Commission.

After reporting thousands of new cases per day only a month ago, the commission said on Saturday that there were 13 new deaths and just 11 new cases, including people who recently arrived in China from other affected countries like Italy.

Boris Johnson says he is 'impressed' by Australia’s climate ambitions